Hesitant Comrades – The Irish Revolution and the British Labour Movement 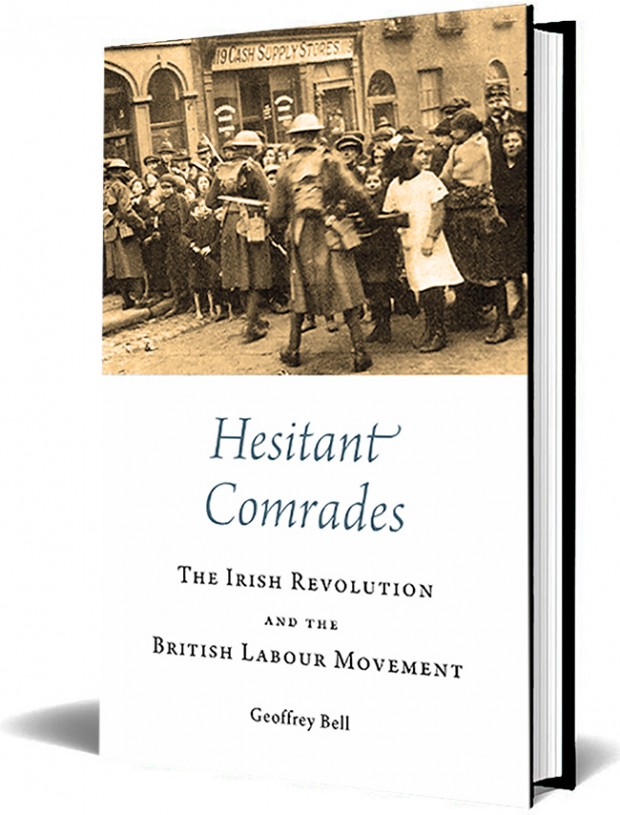 GEOFFREY BELL is a Belfast-born but London-based writer and socialist political activist. As a young student in Derry he participated in the early Civil Rights Movement from 1968 to 1972.

His first book, The Protestants of Ulster, was published in 1976 and was reprinted six times. He was to write two other books and two documentary film scripts for Channel Four about “The Troubles”, past and present.

His latest book, Hesitant Comrades – The Irish Revolution and the British Labour Movement, has just been published by Pluto Press.

Why did you want to write Hesitant Comrades?

I wanted to add a new – and I hope original – perspective on Ireland’s British problem. The book looks at how the British Left, trade unions, the Irish in Britain and parts of the suffragette movement reacted to events in Ireland from 1916 to 1921 – whether they were part of the British problem or sought to be part of a democratic solution to it.

It is a mixed story – a story of heroes and villains and of many in between.

It’s one of the few who grasped what 1916 was all about and the many who condemned it but also of the many who were very critical of their own government for its conduct during the war that followed from 1919 to 1921 but again the comparatively few in Britain who, as an alternative, actively campaigned for unconditional Irish self-determination.

Who were the most supportive?

Generally speaking, the further to the Left an individual or organisation was, the more supportive they were of the Irish revolution. But there were other factors.

There was a significant contribution of solidarity from what today we could call the women’s movement, and indeed if there is one individual who stands out from all others it is Sylvia Pankhurst.

There was also an enormous contribution from the Irish in Britain, in the form of the Irish Self-Determination League. It is perhaps surprising that the story of both the ISDL’s and Sylvia’s contributions have not been told before in any depth, so I am very pleased that the book gave me the opportunity to correct these omissions. 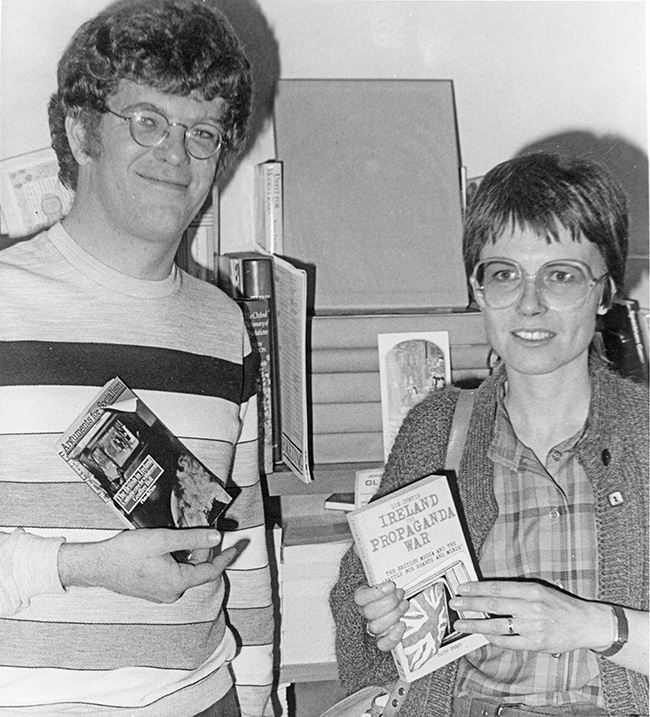 • 1984 – Geoffrey Bell in Belfast at the launch of his book 'The British in Ireland – A Suitable Case for a Withdrawal' with Liz Curtis author of 'Ireland: The Propaganda War'

Are there any other revelations?

I give a good deal of space to telling the story of how one British-based trade union, the Carpenters’ Union, took a brave stand against the expulsions of Catholics from the Belfast shipyards in 1920 but the leadership of the trade union movement in Britain stood by and refused to condemn these expulsion or come to the aid of its victims.

This is one of the most disgraceful episodes in British trade union history but it is almost equally disgraceful that no historian of the British working-class movement has told this story before.

You seem generally critical of the British Left’s policies and practice in these years. Why do you think they did fail?

As far as the Labour Party was concerned, the Irish Transport & General Workers’ Union said the roots of their problem was their “fatal obsession with the responsibility of Empire”, and I think that was correct..

Others had little understanding of the Ulster situation and the fact the Belfast Protestant working class was violently opposed to even Home Rule confused them. Of course, James Connolly had on many occasions explained why this was the case and why partition would be a disaster but his writings. although widely available in Britain, were largely ignored.

And most on the Left had no idea as to the nature of Sinn Féin, who were described as everything from “long haired” to “a national conspiracy to obtain Irish labour slaves for Irish capitalists”.

And the lessons for today?

I, like many others, have recently rejoined the Labour Party. So I suppose hope springs eternal.

In Jeremy Corbyn and John McDonnell we now have a leadership who have a progressive history on Ireland. But we should also open our ears to the lesson of the history I recount in the book. There is still a lot of work to be done if that history is to be lived down.

● Geoff Bell will speak at Féile an Phobail on 11 August on “The British Left and Northern Ireland, 1916-21”