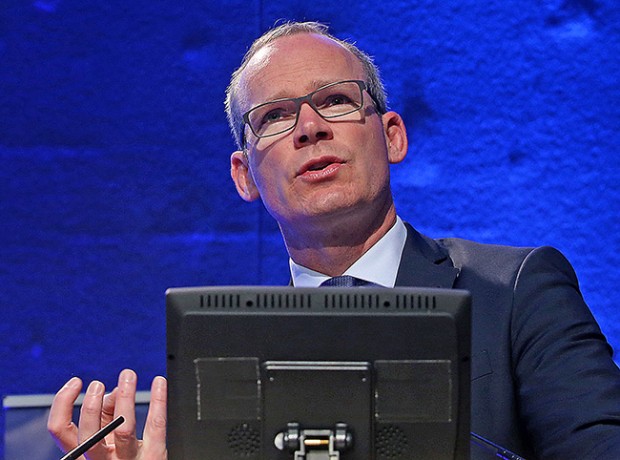 • Simon Coveney – Behind the soothing words, it is clear that the minister’s plans are entirely to the benefit of the private house building sector

The Government minister’s ‘hope’ is that most of the homes or apartments from the private sector would be in the ‘affordable’ range – between €250,000 and €300,000 in Dublin

THE Fine Gael Minister for Housing, Simon Coveney, is at his wits’ end trying to steer the housing crisis into yet another profit-making scheme for developers.

His latest idea is that the state will make a big financial contribution to the infrastructural costs of private housing development, supposedly to help more houses to be built so that the crisis can be eased.

This, he claims, will enable two years or so to be knocked off the timescale for house building and allow 15,000 to 20,000 new “houses or apartments” to come on stream.

Behind the soothing words, however, it is clear that the minister’s plans are entirely to the benefit of the private house building sector, and that he has no plans for the state itself (through the local authorities) to undertake the building of the homes we need.

And the minister’s response when this point was put to him was to “hope” that most of these homes or apartments would be in the “affordable” range – that is between €250,000 and €300,000 in Dublin.

These ministerial gimmicks will do nothing to alleviate the housing crisis, affecting thousands on local authority housing lists, people who have been made homeless and those whose incomes or uncertainty of employment rule them out of getting mortgages anyway. 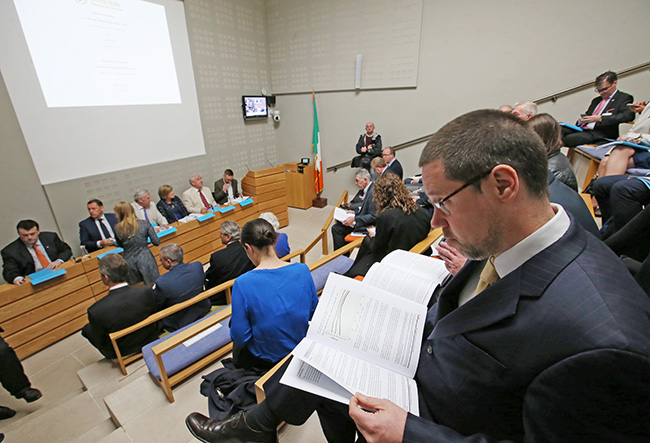 • The Oireachtas Housing Committee has called for 10,000 new publicly-owned homes to be built each year

It will only help the builders and the speculators who “buy to let” – greed merchants who buy a property in order to rent it out and make a profit out of someone else’s need for a roof over their head.

It must be stressed that this is a different issue from people who can’t meet their repayments and whose homes are in negative equity, and for whom renting their home (while they go back to their parents or whatever) is the only way out. People in this category are victims too.

It is doubly disgusting then that Sinn Féin proposals to take a first step for rent certainty – for keeping rents under control and to end the unfettered ability of landlords to squeeze the maximum profit out of the situation – were voted down in the Dáil by Fine Gael with the active votes of Independent TDs Finian McGrath and John Halligan, and with the acquiescence of Fianna Fáil.

With the Government directing its housing effort to the benefit of builders and landlords, those in actual need of social housing are just being thrown to the wolves.

The St Vincent de Paul voluntary charitable organisation noted this, indeed, when it came out to restate that only a concerted programme of social housing building by the local authorities could address the issue.

Of course, even the Housing Minister’s claim of speeding up the provision of 20,000 private houses over three years is woefully inadequate. And the Oireachtas Committee on Housing and Homelessness has thrown down the gauntlet to the minister with the demand that 10,000 publicly-owned housing units must be built each year for the next three years at a cost of €1.8billion a year. 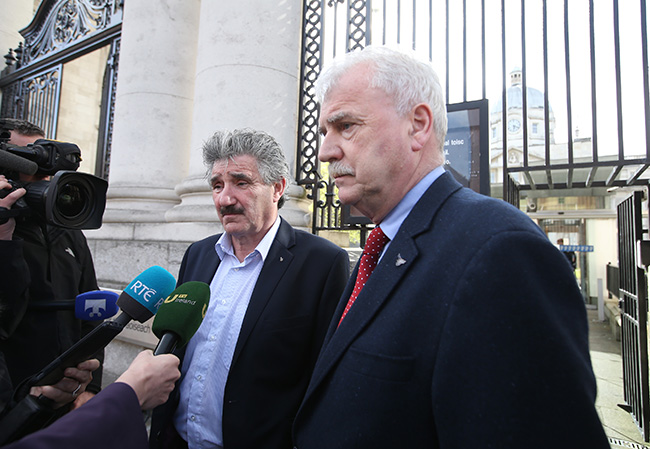 This represents a doubling of the output suggested in the Government’s Social Housing Strategy 2020, which set a target of 35,000 units over six years, and which was widely criticised for its over-reliance on the private sector.

It will be interesting to see what the minister has to say about this report but on previous form we can expect only empty platitudes. The test will be whether or not he provides the money needed for the combination of construction, acquisition and refurbishment proposed in the report, and the new funding mechanisms proposed.

The report acknowledges that this will require increased Exchequer funding, along with borrowing, the mobilisation of funding from sources such as the Housing Finance Agency, the Irish League of Credit Unions and so on.

But no matter which way the minister twists and turns, the stark fact cannot be glossed over that the only way to tackle what is acknowledged on all sides as a desperate housing crisis is to declare a ‘national housing emergency’, and to fund a massive programme of social housing construction.

Anything else is only posturing.

Certainly, the Oireachtas committee proposals are an important first step and the fact that they got cross-party support in the committee is a very positive sign.

But the committee has now talked – it’s up to the minister to walk the walk.