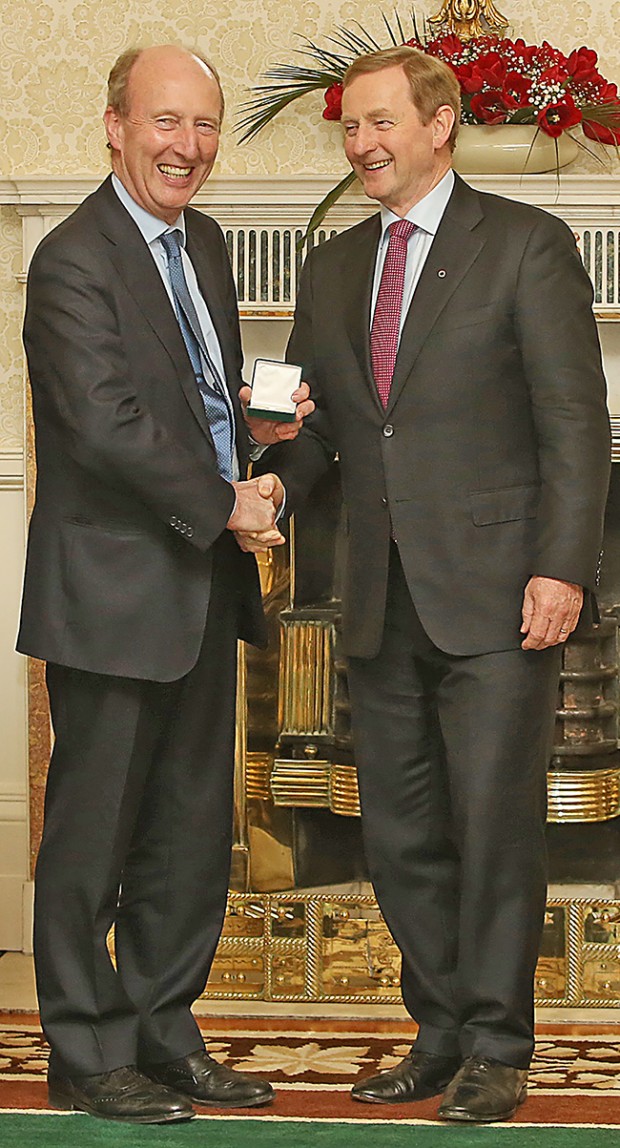 AS the LUAS light rail dispute rumbled on in Dublin City's transport network, new Dáil Transport Minister Shane Ross's unwillingness to weigh in and help find a solution indicated he would be perpetuating Fine Gael's hands-off approach to industrial disputes.

Ross, a former stockbroker, regularly used his position as Business Editor at the Sunday Independent to criticise Ireland's transport system, particularly during the years of the Celtic Tiger, but as Transport Minister bowed out of doing anything to hasten an agreement between workers and company Transdev.

Representing the prosperous Dublin Rathdown constituency, Ross was first elected to the Seanad as an Independent representing UCD in 1981. He was re-elected eight times since, making him the longest-serving senator in Seanad history. He also served as a Fine Gael councillor in Bray from 1991 to 1997 and stood unsuccessfully for the Fine Gael party at a 1992 general election in Wicklow before reverting to being an Independent.

Throughout his political career, Ross has been one of the most conservative politicians in the Dáil. He reserved much of his venom for republicans.

In an interview with the Evening Herald in August 1983, the then senator said he would leave Ireland the minute Margaret Thatcher or any other British Prime Minister announced the withdrawal of Britain from the North.

He went on to say:

“Pearse and Connolly had no mandate to take up arms . . . They were the original terrorists. The Provos of today are the true inheritors of 1916.”

Ross's dislike of Sinn Féin wasn't helped when he was humiliated in the 1984 European elections. The sitting senator contested the Dublin constituency and finished tenth of 12 candidates with a paltry 2.9% of the vote. Compounding his frustration was the fact that the Sinn Féin candidate – who was banned from TV and radio and censored in the press – finished over 6,000 votes ahead of him.

Ross decried those campaigning for the release of some Irish people imprisoned in Britain, saying the “presumption of the innocence of the Birmingham Six had been taken for granted for too long” and Irish people should “cease their persistent criticisms of the workings of British courts whenever Irishmen are on trial”.

He added that, too often Irish people from positions of “ignorance and emotion” complain about the Birmingham Six, Guildford Four, the Maguire Seven and the Winchester Three:

“I would like to put on record that I do not believe for one moment that all these people – leaving out the Winchester Three for the moment – are automatically innocent. It seems that all you have to be is an Irish person in Britain charged with a terrorist crime for politicians on all sides here to throw up their hands and call 'foul'. This is completely wrong.”

The Birmingham Six, Maguire Seven, Guildford Four and Winchester Three were all exonerated after being wrongly imprisoned for years.

Tentative moves towards the Peace Process didn't deter Ross from spewing his anti-republican vitriol. In August 1993 he continued:

“Sinn Féin should be proscribed in exactly the same way as the IRA. Membership should carry the same penalties.

“Sinn Féin offices in Parnell Square and throughout Ireland should be closed. An Phoblacht should be banned.

“No statements from either group or its leaders should be allowed to be carried by any national or local newspapers. No public meetings would be permitted under the Sinn Féin banner. The organisation and all its activities would simply cease to exist.”

“We could lock up the leaders of Sinn Féin. In a rare display of Irish unity, we could take joint action against them by closing their advice centres. We could extend Section 31 [the broadcasting ban] to all sections of the media. We could simply blot them out of the political consciousness.”

Some letter-writers to the Irish Press were shocked by Ross's comments, saying his “lecture to us to cease our concern for Irish citizens subjected to charges in British courts is pathetic. In effect, he says, don't object to or confront past, present or potential injustice.”

Responding to talks initiatives by Gerry Adams and SDLP leader John Hume in September 1993 that eventually led to the Peace Process and the Good Friday Agreement, Ross said: “I should prefer to see him [Gerry Adams] interned without trial.”

In the 1990s, Ross was a regular at pickets outside Sinn Féin offices alongside arch-reactionary Conor Cruise O'Brien, Pat Rabbitte and Michael Nugent. The group that organised the protests, Families Against Intimidation and Terror, focused almost exclusively on republican violence. It was heavily criticised after it emerged that it was actually funded by the British Government.

In the run-up to this year's general election, Ross was scathing in his criticism of his former comrades in Fine Gael – but was quick to put clear blue water between himself, Sinn Féin and others on the Left.

Now, after almost 20 years as a populist right-wing voice, Shane Ross is once more back to being a cog that fits neatly in the Fine Gael machine.