Sinn Féin MLAs and ministers get stuck in at Stormont 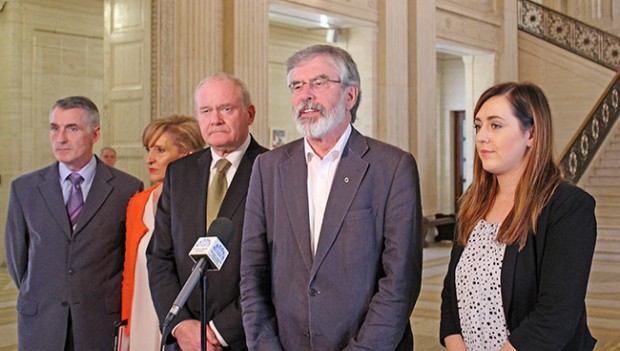 WITH the Assembly elections now just a distant memory and the Executive ministers in place, Sinn Féin MLAs and ministers have been getting stuck in, doing what they were elected to do.

One of the most important first acts of the new Assembly term came when Sinn Féin Health Minister Michelle O’Neill lifted the lifetime ban on gay men becoming blood donors.

Demonstrating Sinn Féin’s commitment to equality, Minister O’Neill took the initiative to allow men who have sex with men to have the opportunity to donate blood and the move received the backing of the rest of the Executive.

In doing so, she signalled a change from previous Democratic Unionist Party Health Ministers who appeared to place partisan, party concerns ahead of scientific and medical evidence and continued to uphold the unfair and discriminatory lifetime ban.

It is hoped that similar moves will be made in Leinster House in the near future to lift the ban, with new Senator Niall Ó Donnghaile, from Belfast, making the call to the Irish Government

Sinn Féin Finance Minister Máirtín Ó Muilleor also moved the equality agenda forward when he instructed his officials to begin drafting a Bill to legislate for marriage equality in the North.

The Finance Minister said he wanted to see marriage equality legislation in place in the North as soon as possible to bring the Six Counties in line with the rest of the island following last year’s historic referendum.

He also made history when he delivered the June monitoring round on the earliest date it has ever been announced, distributing more than £175million in additional funding to departments.

Health got an extra £72million, Education got £30million, Department of Infrastructure received £28million, and £20million was invested in Skills.

The early announcement of the monitoring round allocation showed what can be achieved through the Fresh Start approach to government in the new mandate.

Despite the efficiency and generosity of the Finance Minister, it seems some unionist MLAs still have trouble pronouncing the South Belfast MLA’s name – whether accidentally or intentionally.

Assembly members may get used to hearing more Irish spoken in the chamber with South Down MLA Caitríona Ruane as Principal Deputy Speaker.

European matters loomed large in the business of the Assembly with both the EU referendum and the Euro 2016 finals causing a stir inside and outside of the chamber.

Both polarised opinion among the parties, with differing views on our place in Europe and which team to support in France.

Ever the statesman, Martin McGuinness showed he represents everyone by traveling to France to cheer on both Martin O’Neill’s and Michael O’Neill’s teams.

On the EU referendum issue, however, Martin McGuinness campaigned vigorously in support of a “Remain” vote, both at Stormont and in London, where he was the keynote speaker at an event at Westminster to discus the impact a “Brexit” withdrawal would have on the Irish community. 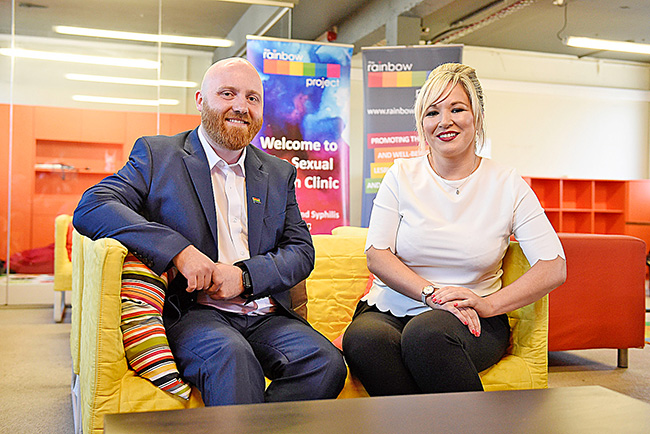 On the sporting front, it was clear who was supporting who as the Assembly benches emptied ahead of kick-off times and MLAs made their way to TV screens or to France to check out the action.

The much-vaunted Opposition pledged by the Ulster Unionist Party and SDLP have proved themselves to be something of a damp squib so far, making little or no impact since walking away from the political responsibility of government.

Opposition spokespersons have failed to make any significant impact in any of the Assembly debates to date, confirming what many had predicted – that they have manoeuvred themselves into political obscurity.

One Opposition member, however, did come to the attention of the rest of the chamber, not for his political acumen but rather his strange attempt in his first speech to imitate W. B. Yeats.

Amid the round of maiden speeches from new MLAs, Assembly members got a bit of light relief with the frankly bizarre offering from the SDLP’s Justin McNulty.

In a puzzling speech to the Assembly, the Opposition backbencher said:

“Sometimes I dream deeply at night convinced that I hear the Cailleach Beara’s keen. Then, I awaken in relief, contented that I have not been transformed into an old, withered man.”

Perhaps it isn’t the fabled Cailleach Beara but the vultures hovering over the political future of his party.