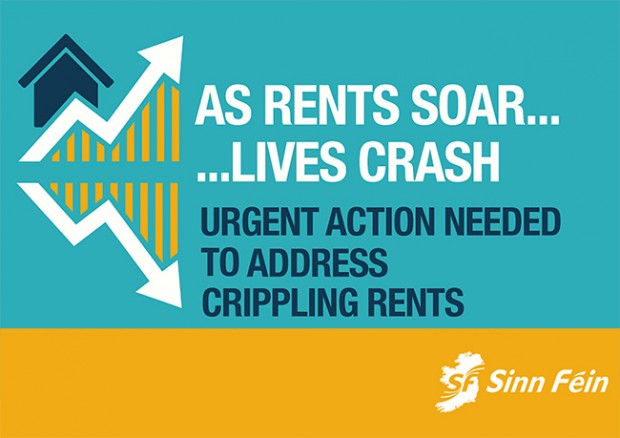 ‘I suspect Fine Gael remains opposed to rent certainty. Fianna Fail, as part of its agreement with the Government, is helping it avoid any embarrassment’ – Eoin Ó Broin TD

A BID TO PROTECT TENANTS by Sinn Féin, linking rent rises or decreases to the Consumer Price Index, was defeated in the Dáil in June by Fine Gael and Fianna Fáil.

Sinn Féin’s Rent Certainty Bill would have limited the ability of landlords to jack up rental prices – a problem which is forcing many low-income families into homelessness across the state. It would have saved some families up to €1,000 per year. Fianna Fáil weighed in behind Fine Gael to oppose the Bill despite rent certainty being a cornerstone of Fianna Fáil’s general election manifesto.

“Fianna Fáil’s refusal to support this Bill is genuinely hard to understand and deeply disappointing. I suspect what is happening here is that Fine Gael remains opposed to rent certainty. Fianna Fail, as part of its agreement with the Government, is helping it avoid any embarrassment. Fine Gael and Fianna Fáil are asking us to wait.”

Sinn Féin Dublin South West TD Seán Crowe was amazed at how some TDs seemed happy to ignore the plight of homeless people:

“One only has to walk out the gates of Leinster House to see people sleeping in doorways, trying to stay warm and dry.

“Our Bill will help to achieve rent certainty, allowing renters to plan and bring greater stability to their lives and those of their families. Why would anybody oppose this Bill?” 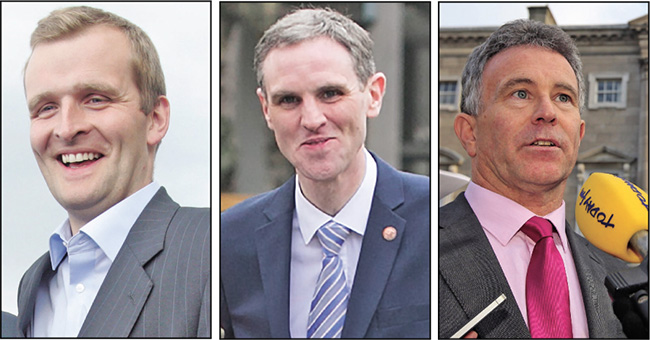 It was Fianna Fáil Meath West TD Shane Cassells (who seems intent to want to make a name for himself as one of the most right-wing of the new crop of TDs) who weighed in to attack the plan. He complained that “no one seems to stand up for this whole new group of people in the squeezed middle”. Hitting out at those on the Left delivering “emotive and grandiose” speeches calling for more social housing, he said:

“I often wonder who they think will build the homes that will sort out this problem. Do they think it will be magic fairies or little people with pixie dust?”

Unsurprisingly, he was quick to claim it’s Fianna Fáil’s good pals in the private construction industry who will solve the crisis.

Fine Gael Housing Minister Simon Coveney (a landlord himself) accused Sinn Féin’s David Cullinane of “wanting to pick a fight” after he hit out at the Government for its negative and sinister interpretation of the Bill.

The Waterford TD explained that Sinn Féin’s Bill took into consideration landlords, many of whom have chosen to sell houses rather than rent them out:

“Moving away from rent prices being set by the market would also be good for landlords because it does not suit them to see a spike or rise in rents or, as they have seen in the past, rents drop to unsustainable levels. It suits everybody to have much fairer and sustainable rent prices in the state.”

Another who hit out at the Sinn Féin Bill was Fine Gael’s John Paul Phelan, who as well as being a TD is also a landlord. He said he is ideologically opposed to rent controls of any kind.

Sinn Féin Dublin Bay North TD Denise Mitchell noted how rents have risen 10.2% in her constituency compared with last year yet there is no protection for tenants:

“With the rise in property prices and the shortage of social housing, people are left with only one option, which is to rent. They are being placed at the whim of the market and private landlords. If rents rise suddenly and substantially, where are people to turn? This has forced many of our people into homelessness.”

Rounding up the debate, Sinn Féin Housing spokesperson Eoin Ó Broin said he could not comprehend Fianna Fáil’s opposition to the move:

“I am most confused by the fact that, on Sunday, a senior spokesperson for Fianna Fáil called for rent certainty, linking rent reviews to the Consumer Price Index, to be introduced urgently, yet today we have heard Fianna Fáil deputies say it is a very bad thing.”

He said while his party’s proposal was a modest measure, much more substantive and radical action is required to tackle the housing crisis.

Despite garnering support from the Labour Party, Social Democrats, People Before Profit, the Anti-Austerity Alliance, Green Party and Independent TDs, the Sinn Féin Bill was defeated by 87 votes to 43.