Community and business leaders fearful of fall-out from Brexit 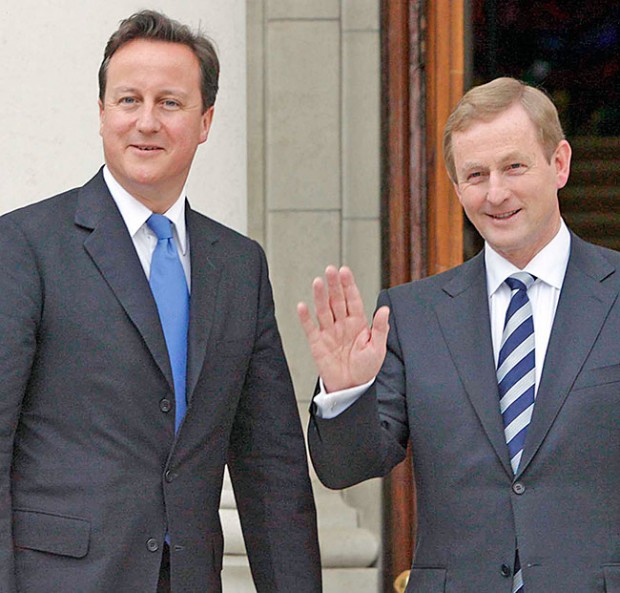 Business leaders also expressed concern about the impact Brexit will have on trade, particularly in Border areas

THE IMPACT of the Westminster EU referendum which saw Britain (or rather England and Wales) vote to leave the European Union provoked intense reaction across the world and in particular here in Ireland where its consequences will be far reaching.

Irish, British and world political leaders, trade unionists, business and farming representatives all offered opinions with the majority voicing concerns about the impact of the vote.

Taoiseach Enda Kenny, who had campaigned for a remain vote, spoke to outgoing British Prime Minister David Cameron by phone immediately after the result and discussed how the results would affect the North of Ireland.

“The implications of this vote for Northern Ireland and for relations between North and South on this island will require careful consideration. These will be a particular priority for the Irish Government,” the Taoiseach said in a statement.

“We will approach these issues in the same spirit of partnership that has underpinned the Peace Process and has transformed relationships on this island since the Belfast Agreement.”

Tory leader David Cameron – who led and lost the “Remain” campaign – announced his resignation just hours after the result was declared but added that he would remain in position until a replacement leader can be found by October.

“I will do everything I can as Prime Minister to steady the ship over the coming weeks and months but I do not think it would be right for me to try to be the captain that steers our country to its next destination,” he said.

The British Secretary of State for the north, Theresa Villiers, who had campaigned for a “Leave” vote, welcomed the result and rejected out of hand calls from Sinn Féin for a referendum to be held on Irish reunification as provided for under the Good Friday Agreement.

The North's First Minister and DUP leader Arlene Foster, leader of the only significant party in the North to campaign for “Leave”, also welcomed the result.

“The democratic decision of the people of the United Kingdom marks a new and fresh beginning for our country and I believe offers us the opportunity to build a new, hopeful, and more democratic nation,” she said. 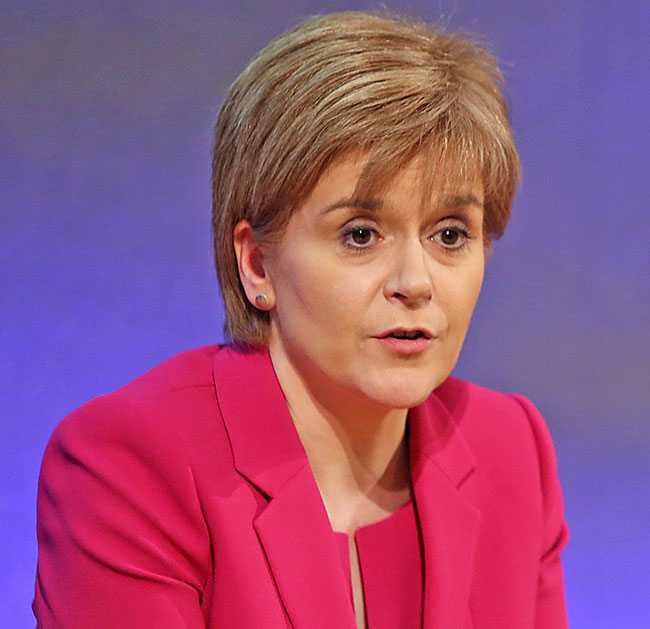 • Nicola Sturgeon hinted at a second referendum on Scottish independence

Scottish First Minster and Scottish National Party leader Nicola Sturgeon said it was “democratically unacceptable” that Scotland should be pulled out of the EU despite voting to remain.

“The UK-wide vote to leave the EU is one that I deeply regret. It remains my passionate belief that it is better for all parts of the UK to be members of the European Union.

“As things stand, Scotland faces the prospect of being taken out of the EU against our will. I regard that as democratically unacceptable,” she said.

She also announced that she would begin planning for a second independence referendum in Scotland.

Closer to home, the consequences of the vote sparked debate among many sectors as uncertainty about exactly what will happen increased.

“The only thing we can be sure of now is uncertainty, and that usually means economic volatility and shocks,” he said.

“Now it is the responsibility of those who pushed for this referendum and who made extraordinary pledges to improve the lives of the working-class people who voted their way, to deliver on those promises,” he added. 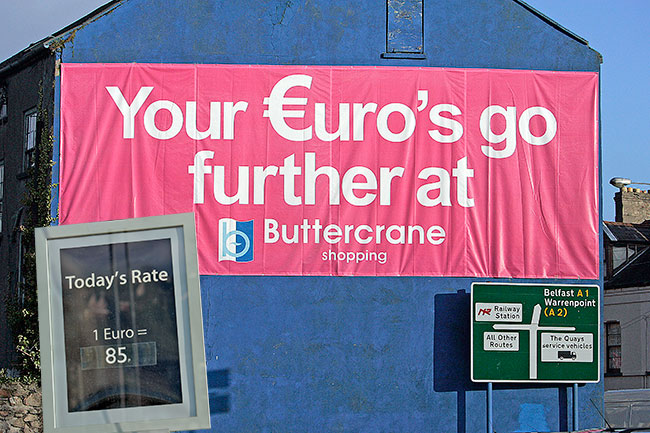 • Brexit is expected to significantly impact on Border trade

The President of the Ulster Farmers’ Union, Barclay Bell, urged farmers to remain calm and await the outcome of upcoming negotiations.

“From the outset, our position was that we would not tell our members how they should vote. We don’t want farmers to panic.

“CAP support is guaranteed to 2019. We will immediately enter into discussions on future support arrangements, funded by the UK Treasury, and also on the continuation of trade with Europe,” he said.

“I regret but respect the decision of the British people to leave the European Union. I echo the call of European Commission President Juncker for a swift and decisive negotiation, pursuant to Article 50, in the interests of both sides. It’s essential that we set in train the essential steps to bring clarity and stability to the 27 member bloc as quickly as possible,” he said.

Business leaders also expressed concern about the impact Brexit will have on trade, particularly in Border areas.

Gavin Kileen, President of the Derry Chamber of Commerce, said the uncertainty in markets created by the vote must be addressed.

“We are very sad that the vote is to leave the European Union. While we fear that the result will be economic damage, we call on our political leaders to establish arrangements that limit this damage.

“We call on the UK Government, the Irish Government and the EU to work together to find common sense ways forward.”

The Stormont Assembly and the Dáil have been holding meetings inside and outside government to discuss the crisis caused by Brexit.