Who speaks of Labour now? 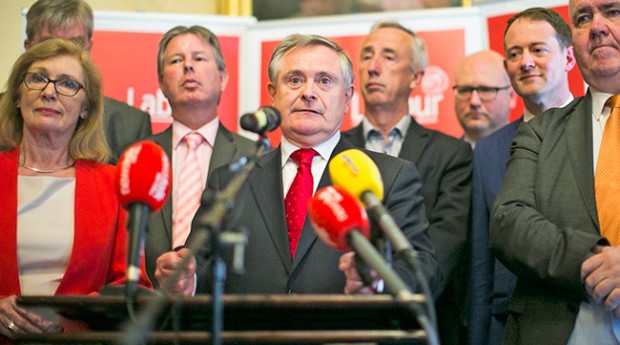 AODHÁN Ó RIORDÁIN appeared on the telly during the RTÉ Six One News to hit out at the lack of progress on resolving the Direct Provision system for asylum seekers.

I counted the days.

It was 16 days since Aodhán was actually the minister with responsibility for resolving the Direct Provision system. This is an all too familiar taste of things to come. Just as we spent the past five years watching as the media gave airtime to Fianna Fáil representatives to lament the lack of supports for families in mortgage distress while rarely being challenged about the fact that it was Fianna Fáil that caused that same distress, now we can expect to watch on as Labour reps curse the lack of fairness in  policies.

For many people the day the Labour Party mask slipped was when Brendan Howlin gloated during the Greek crisis: “Who speaks of SYRIZA now?”

That one sentence exposed the lie that went to the heart of Labour's actions in Government.

Rather than it being a case of a reluctant junior partner in Government implementing some measures that went against the grain to secure progressive measures elsewhere, Labour in fact relished their place in a right-wing Government.

Instead of defending the most vulnerable, instead of demanding a change in direction, instead of standing up to European institutions on behalf of their people, Labour reached a point where they openly mocked a government in Greece that tried to do all of those things.

Brendan Howlin is now leader of the Labour Party. The person in the party with the most culpability for the harshest Labour actions in Government has been appointed by a handful of others who were frightened at the prospect that their party membership would elect Alan Kelly. In fairness, the fears were probably well-founded – this is the membership that elected Eamon Gilmore and Joan Burton as party leaders.

Some elements of the media will allow Brendan and his apostles the necessary space to speak about the fairness and decency that they could have delivered upon but decided not to.  Somehow I'm not sure the public who have felt so betrayed by Labour in Government will be so forgiving.

For Sinn Féin we probably shouldn't concern ourselves too much by their fortunes. Our task is too important.

The truth is that the faith in politics of many Irish people has been hammered.

The actions of Labour didn't help. Neither did those of the Green Party before them.  The cynical manoeuvrings in the weeks since the general election will have been a major body blow.

Fine Gael, who lost 26 seats from its 2011 showing, are back in with increased numbers at the Cabinet table.

Fianna Fáil are in . But they're in Opposition too.

And Independents? Well, the Independent 'brand' has been irrevocably damaged. I doubt many people who voted for non-party candidates did so in the expectation they were helping return Enda Kenny as Taoiseach. But that's what it meant. 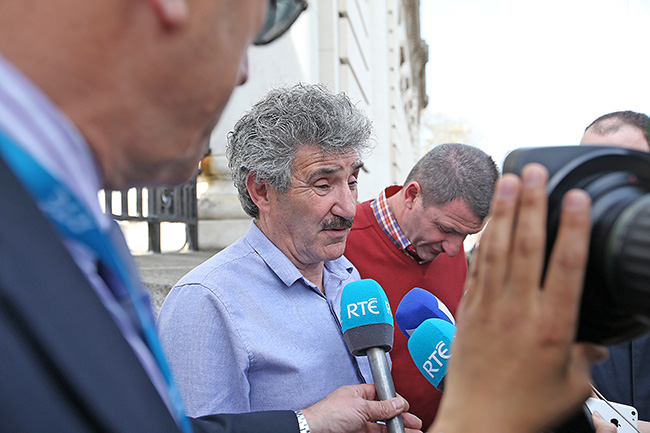 It has now become clear to many voters that placing a preference in support of an Independent candidate is the political equivalent of opening Forest Gump’s box of chocolates – you never know what you’re going to get!

For Sinn Féin the new political situation creates challenges and opportunities.  As an opposition party with an increased mandate we will have a big role to play in restoring people's faith in politics – in setting out that there can be a better, fairer way of doing things.

The scene is set.  That we kept our pre-election commitments not to support a Fianna Fáil or Fine Gael led is appreciated although few look forward to the outworkings of the coalition that isn't.

Sinn Féin will continue our work of developing alternative policies that will make a real difference to people's lives. The policy documents that we produced early this year – fully costed proposals on Health, Housing, Childcare, the development of the West have been, when coupled with our alternative budget submisisons prepared by Pearse Doherty and his team, were a unique undertaking by any opposition party in the history of the state.

We are serious about getting into. But only because we are serious about delivering a United Ireland where every family can enjoy the benefits of a balanced, prosperous society where access to public services in dependent on need rather than the balance in a bank account or the address on a census form.

The template for getting to a position where we can achieve these goals is there.

We need to stick to it and work at it.

The Labour Party have shown us how not to do it.  Our job is to convince families and communities that we are serious about being different.

Matt Carthy was Director of Elections in the February Dáil general election which saw Sinn Féin increase its seats from 14 to 23.