Local authorities must build the social housing we need

Fine Gael and Fianna Fáil see housing as an opportunity to make profit, not as a social right of all citizens

WHILE newly-appointed Housing Minister Simon Coveney has admitted that an emergency response is needed to the growing housing crisis, he remains wedded to the failed policy of relying on the “market” to solve a problem that is really concerned with social need.

And if the situation was bad before, it has got worse in recent months, and the minister shows no sign of knowing what to do, admonishing us all to “be patient”.

Meanwhile, latest figures show that fewer than half the social housing units will be made available this year in Dublin City Council, for example, compared to last year.

Only 700 such units are coming on stream this year, compared to 1,689 last year when the election was pending.

And three times as many people have been made homeless since the beginning of the year as have been found proper accommodation.

In addition, private landlords, in the absence of rent controls and enforced norms, have a field day, with rents rising and people evicted from their homes to squeeze the last bit of profit out of people who are already at the end of their tether.

But what solutions are being discussed by the right-wing alliance of Fine Gael and Fianna Fáil? None of them is offering the emergency social housing building programme that is needed. Instead, they talk about measures that will, supposedly, allow the market to function more effectively – by easing access to mortgages and by various affordability schemes.

The central thrust remains: they see housing as an opportunity to make profit, not as a social right of all citizens.

Everything they are talking about concerns giving a boost to the market. So, it is acknowledged that in Dublin, for example, less than one sixth of the number of new housing units needed are being constructed. This is a worrying statistic in itself that will ensure more misery and blighted lives for thousands.

The best that City Council officials can come up with is the Glass Bottle site development. There are 3,000 units planned for this site. But think: there are only 26 acres in this site; intensive density of 26 houses per acre used to be the upper norm, a figure that would give fewer than 800 houses.

The 3,000 will be achieved by going high-rise and by reducing the size of the units.

This will not suit family housing but it will meet the transient needs of young professional workers coming in to spend a couple of years working in the International Financial Services Centre.

As a sop to public opinion, 300 of these units will be for social housing. These, of course, will be placed at the edge of the development, facing the proposed incinerator and acting as a buffer between the pollution and the young professionals.

What an appalling con job. 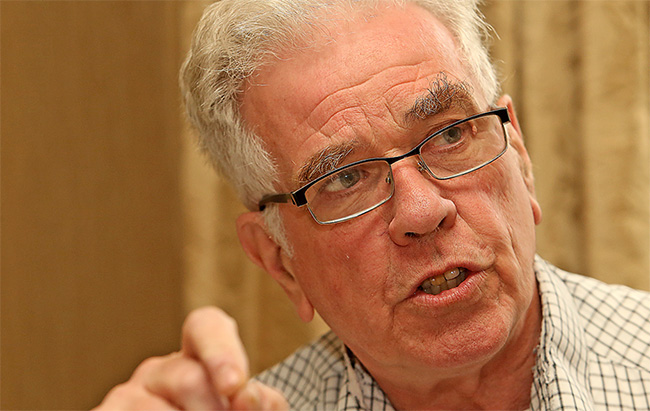 By contrast, the long-term social campaigner on homelessness, Fr Peter McVerry, commented to the Irish Independent:

“The only solution to the housing and homelessness crisis is to build or acquire social housing.”

Perceptively, he also pointed out that the local authorities have to all intents and purposes got out of the housing estate management business and explicitly do not want to get so involved again.

And this is the problem.

Yes, it is a good thing to insist that a certain proportion of proposed private building initiatives be allocated for social housing, but the scale of what is needed is way beyond what can be done at a profit by private builders and speculators.

Local authorities must be given the duty of providing housing and managing estates and, of course, the finance to enable them to do so.

The Irish state did this in times that we were a lot more cash-strapped than we are even today, and the big estates in Ballyfermot, Finglas, Knocknaheeney and Ballybane are examples of what was done in the past – and what needs to be done again now.

At the same time, as building houses is not something that can be completed overnight, strict control of renting is essential. This control is not just to keep (or reduce) rents to affordable levels but must also ensure a security of tenure for tenants who pay their rent and serious assistance for those who have difficulties in this regard.

Rent supplement is clearly out of kilter with the actual rents that are charged in our major cities and need to be adjusted in line with rent controls and intensive provision of social housing.