Mary Lou – Stepping up to the plate 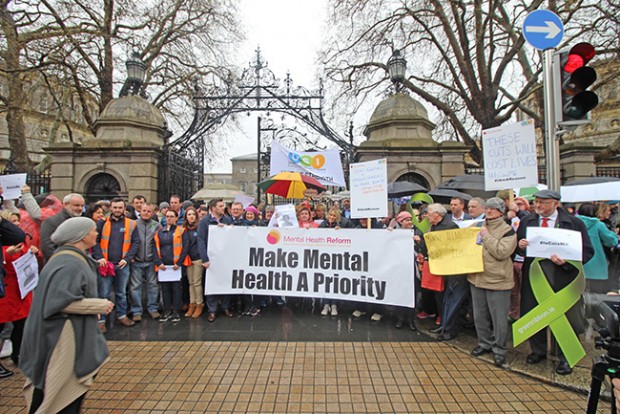 'If the common political consensus is that mental health, emotional health and suicide prevention are extremely important issues then the system has to put its money where its mouth is' – Mary Lou McDonald

ANNOUNCING its new spokespersons in May for the fresh Dáil term after February's general election, Sinn Féin said that in keeping with its mandate from the election the party would be placing priority on the areas of mental health, disability inclusion, public services and Irish unity.

“I want to be part of having a big conversation about not just rebuilding the social fabric of our communities but also people's lives,” Mary Lou tells An Phoblacht.

Working alongside the Dublin TD in the Mental Health brief, and with special responsibility for Suicide Prevention, is newly-elected Cork East TD Pat Buckley. Pat founded the Let's Get Together suicide prevention charity after two of his brothers, Mark and James, died by suicide. Mary Lou says Pat is a man whom she greatly admires and describes his story as “both tragic and heroic”.

“Pat is very personally courageous in terms of sharing his family's experience. He does that because he knows exactly where it's at when that tragedy of death by suicide hits a family, and he knows he can reach out and assist others,” she says.

Mary Lou explains that a big part of her decision to take on the new role was down to her constituency work, where meeting people who are dealing with issues such as self-harm, emotional distress and suicide prevention is a daily experience:

“This is a very human brief,” she says. “It's about people, their families and communities.This is me stepping up to the plate on an issue that I think is core to people's lives, experiences and happiness.”

When Gerry Adams publicly announced the new Sinn Féin spokespersons at a media event in Leinster House in May, one of the first questions he was asked by waiting reporters was whether Mary Lou moving from Public Expenditure to Mental Health was a demotion.

“I was really astonished by that,” Mary Lou tells An Phoblacht. “What on earth does a reaction like that say about commentators or the media – when being given such a critical brief is regarded as a demotion? I regard this as a promotion. I regard this as me and Pat being asked to take on an issue that could not be more sensitive or central to people's live.” 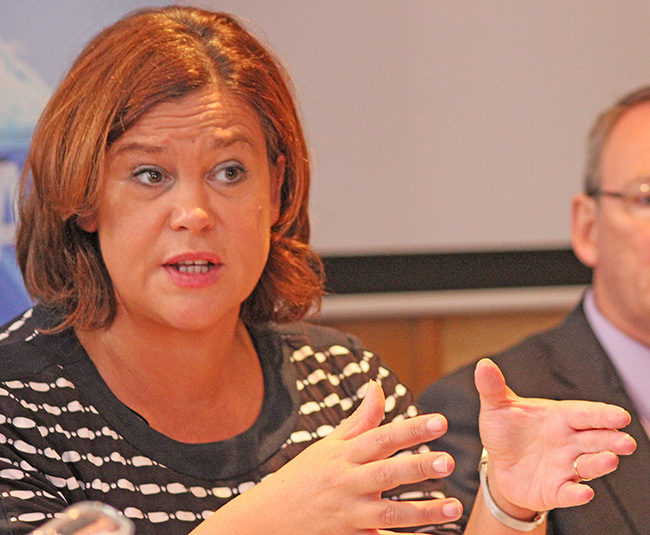 The Dublin Central TD is critical of how the state has failed to fully-implement the now 10-year-old 'Vision for Change' plan. That plan is now being updated.

“If the common political consensus is that mental health, emotional health and suicide prevention are extremely important issues then the system has to put its money where its mouth is,” says Mary Lou.

Mary Lou says she will be working closely with new Assembly Health Minister Michelle O'Neill in developing strategies and ensuring that funding is brought forward so that counseling services, support services, helplines and community initiatives are properly resourced.

In April, shortly after the Dáil returned, there were protests outside Leinster House organised by the Mental Health Reform group and the Union of Students in Ireland after it emerged that state funding ring-fenced for mental health services had been diverted elsewhere. Mary Lou McDonald and Sinn Féin also took part in the demonstrations.

“What an awful way to start the new Dáil term,” says Mary Lou. “To meet under a situation where €12million of the €35million in funding was to be siphoned off elsewhere. That rightly caused huge anger right across the board. Those protesters understand that the budget isn't just about figures on a balance sheet, what's in the balance is people's lives and people's ability to function, cope and raise their families.” 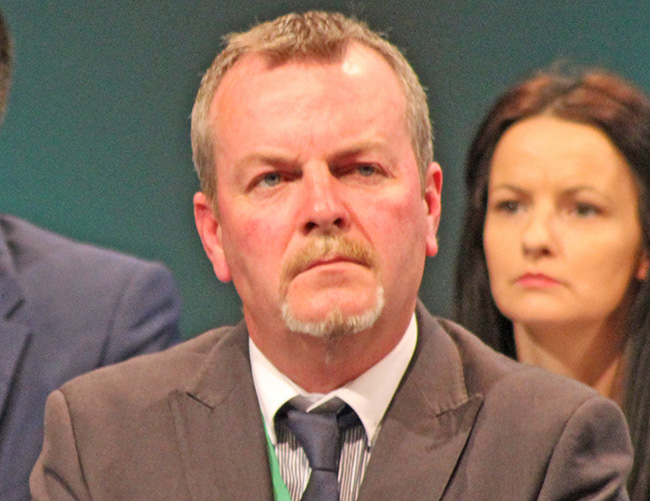 She says that Mental Health is an area that cannot be divorced from other vital issues such as housing, rural affairs, health, public expenditure and much more.

Mary Lou praises PIPS, Pieta House and other groups for their work on suicide prevention and says there is a serious need to get behind and support the great work already underway. But she admits that the statistics of the number of young people dying by suicide is frighteningly high.

“I have two kids. I have a daughter who will soon be a teenager. I'm no different to any other mammy, so those things worry you. You want your kids to be both physically and emotionally well. I think many people are afraid of mental health issues but we need to break down that stigma in a way that's comfortable and positive,” she says.

Mary Lou says she has been heartened by how much importance Sinn Féin activists have placed on mental health issues, and she gives this commitment:

“Myself and Pat Buckley have vowed to get out, visit, talk to – and most importantly listen to – every section of society where people have a view on mental health and emotional health.”