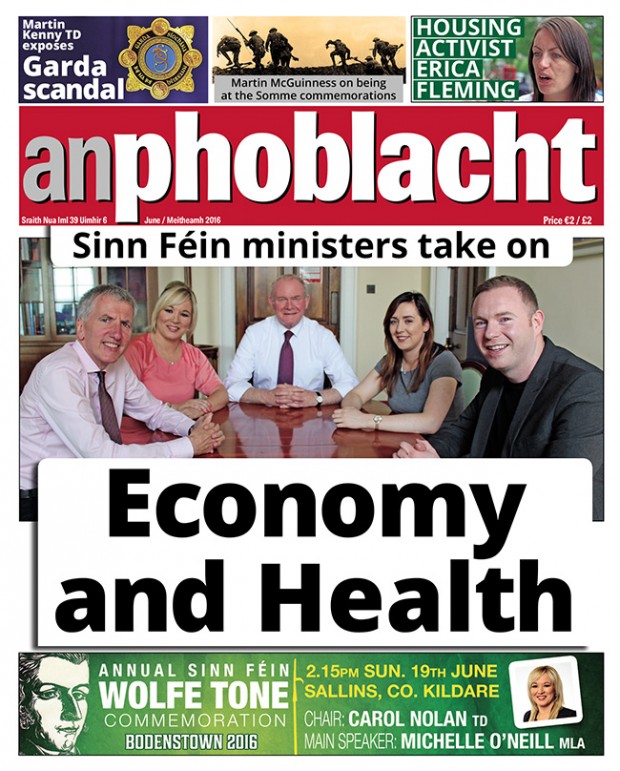 Up until now, the Finance brief has always been held by unionists

THE NEW Northern Executive met for the first time on Thursday 26 May and agreed the framework for the Programme for Government which will shape its priorities for the next five years.

The new ministers were announced on Tuesday 24 May and the ministerial team includes a number of historic firsts for Sinn Féin .

It is the first time a Sinn Féin minister has held a senior financial portfolio with South Belfast MLA Máirtín Ó Muilleoir named as Minister for Finance. Up until now, the Finance brief has always been held by unionists.

South Armagh MLA Megan Fearon has become the youngest-ever minister in Ireland when she was appointed as Junior Minister in the Executive Office. But the 24-year-old republican already has a wealth of experience having served in the Assembly for four years.

Three of the new Sinn Féin ministers are new to ministerial office before while Michelle O’Neill returns to the Executive table having previously served as Minister for Agriculture and Rural Development, this time moving to Health.

Announcing his ministerial line-up, Martin McGuinness said the new team would now start to deliver on the pledges made in the Sinn Féin manifesto.

“We are grateful for the mandate we received and will set about delivering as ministers at the Executive,” he said.

And in an obvious reference to the SDLP and Ulster Unionist Party, who walked out of the Executive after poor election results, the deputy First Minister added:

“While others have walked away from their responsibilities, the Sinn Féin team will work with the other ministers in partnership to deliver for all the people.”

“I am confident that the new Sinn Féin ministers will contribute positively to defending the rights of citizens and promoting the equality agenda.

“As an Irish republican party, Sinn Féin will also continue to pursue our political goal of a united Ireland and we will work in the time ahead to remove the social, economic and political barriers to greater co-operation.”

The new ministers themselves said they are looking forward to the challenges of their new roles.

“Social justice is at the core of my belief and to achieve that we need a vibrant economy. As Finance Minister I will make sure every penny we spend is to create first-class public services but also to create a prosperous and inclusive society.” 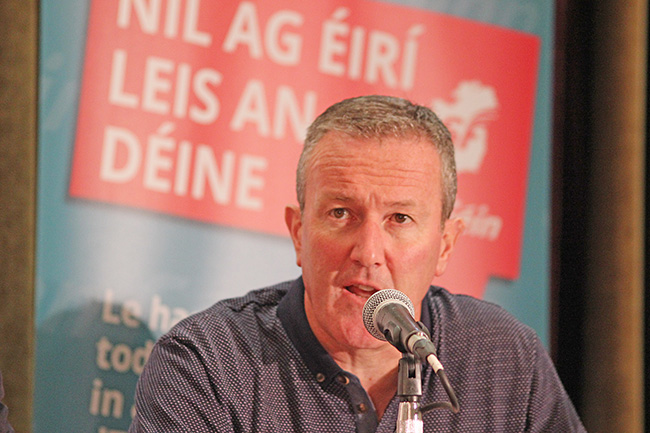 “We have a really strong team and I’m delighted as a republican to have been asked to sit at the Executive table. My appointment sends out a strong message to women and young people in particular and I am looking forward to representing everyone, young and old, in my role.”

At the first Executive meeting the new ministers agreed the framework for the draft Programme for Government which will shape the policies of the government at Stormont. The draft Programme for Government has now gone out for consultation to allow groups from the various sectors and wider civic society to have their say and play their part in shaping the direction of the Executive.

Newry & Armagh MLA Conor Murphy encouraged as many people as possible to take part in the consultation on the Programme for Government.

“This is a fresh and innovative approach to government. The public now have a chance to have their say on the Programme for Government and shape the direction and policies of the Executive.

“I  would encourage as many people as possible to play an active role in the consultation in the time ahead and to make sure their voice is heard to help us continue to deliver for everyone in society.”