Martin McGuinness on being at the Somme commemorations 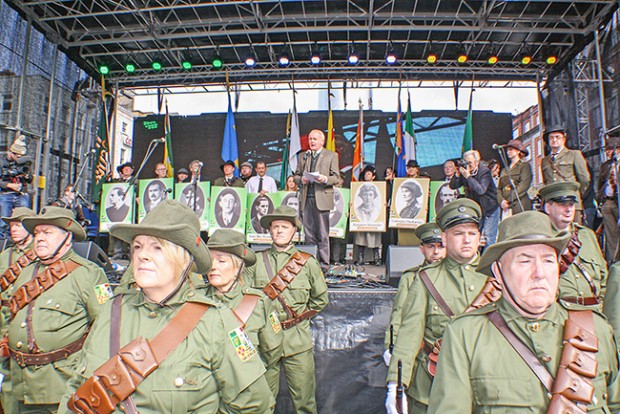 NOBEL PRIZEWINNING poet Seamus Heaney once said we have a “through-other” history.

To my mind, that is one of the most accurate and insightful descriptions of history on this island.

There is no doubt that our complex history has led to divisions in the past but it also presents the opportunity to create a new, shared future based on genuine reconciliation.

Sinn Féin is committed to promoting and enhancing reconciliation and in recent years I and other members of our party have taken a number of significant initiatives aimed to advance this process.

This week I took another such initiative travelling to Flanders Fields and the Somme to mark the centenary of the First World War.

This is at the invitation of the Flemish Government to remember the tens of thousands of Irish men, many of them Irish nationalists, who died in the catastrophe of that war.

I attend commemorations in Flanders as a proud Irish republican accompanied by a number of my Sinn Féin colleagues, including deputy leader Mary Lou McDonald and party Chair Declan Kearney.

For some in the nationalist and republican community these initiatives are not easy but it is important to understand how important they are.

Remembering the loss of those Irishmen from all parts of the island who were sent to their deaths in the imperialist slaughter of the First World War is crucial to understanding our history.

This is not about celebrating an imperialist war – it is about remembering the thousands of Irishmen who were killed and respecting their place in our shared history.

It is also about remembering the millions from other nationalities, most of them working class, who died in that horrific conflict.

And it is important to recognise the special significance of the Battle of the Somme and the First World War for the unionist section of our people.

Doing so does not diminish my Irish republicanism in any way, shape or form.

I also hope to visit the grave of poet Francis Ledwidge when I am there. He is someone who epitomises Ireland’s complex history given that he wrote of his great love for Ireland and, famously, a lament for one the Easter Rising leaders, Thomas MacDonagh, yet he died fighting in the First World War. 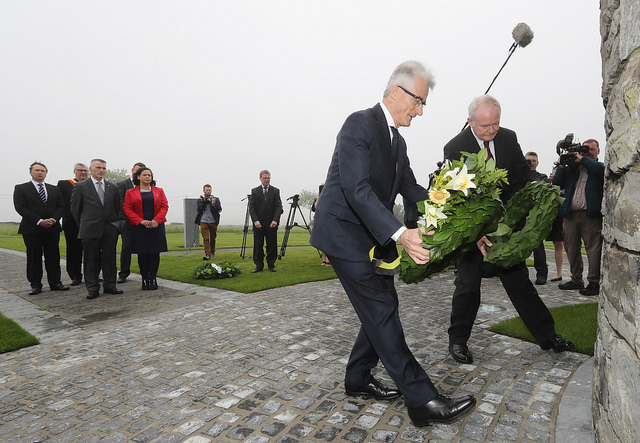 His story is not unique. Many who later played a role in Ireland’s struggle for freedom in the years that followed the Easter Rising had also been through the horrors of the First World War.

Earlier this year I was proud and honoured to attend and take part in the commemorations in Dublin and across Ireland to mark the centenary of the 1916 Easter Rising and remember all of those who gave their lives in the struggle for Irish freedom.

The way in which those commemorations were handled and the tens of thousands of people who took part was an indication not just of the strength and increasing popularity of republicanism across the island but also of the dignified and respectful way that republicans approach the past.

Ahead of this important year of commemoration, when we remember the anniversaries of hugely important events in our past which shaped our history – the Easter Rising and the Battle of the Somme – Sinn Féin made it clear that we intended to mark both milestones in a dignified, respectful and inclusive manner.

These important commemorations provide opportunities to take the process of reconciliation and healing forward.

If we are to build understanding and reconciliation on this island we all need to recognise and accept the complexity of the historical events and differing political narratives that make us who we are as a community and as a people.

We all have a responsibility to advance the process of reconciliation. As a political leader, I am committed to leading from the front and to continue to take bold and significant steps.

Sinn Féin has been to the fore in advancing reconciliation and my attendance at the commemoration in Flanders Fields and my visit to the Somme, alongside other senior Sinn Féin figures, is the latest step in that journey.

Commemorations can stimulate debate and discussion which will ultimately lead to a greater understanding of the events of our “through-other” history and to shape a better future.