The 1960s and the resurrection of the UVF 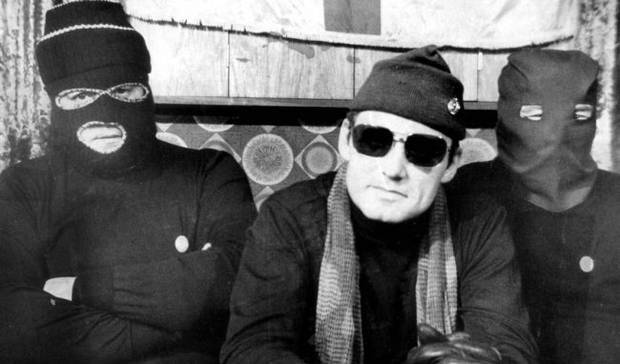 THIS PAST WEEK marked the 50th anniversary of the killing of Catholic man John Scullion by the resurrected Ulster Volunteer Force led by Gusty Spence. And with the anniversary comes fresh calls for a probe into the circumstances of his killing with campaigners saying the case should be reinvestigated.

On the night of 27 May 1966, neighbours in Oranmore Street, where Scullion was attacked, heard two shots. The following morning, one neighbour found an empty bullet cartridge which he handed over to the RUC. After lying seriously injured for two weeks, John died on 11 June. Investigators insisted that he had been stabbed. It wasn't until his remains were exhumed and re-examined that it was established the Clonard man died from gunshots.

Prior to Scullion's killing, UVF members attempting to petrol-bomb a Catholic-owned bar near the Shankill Road on 7 May set fire to the home of Martha Gould. She was badly burned in the attack and died on 27 June.

The day before Ms Gould died, on 26 June, some Catholic barmen left the Malvern Arms bar in the Shankill area where they had gone for a late drink. Several RUC officers and UVF men were also on the premises. When the quartet left, they were ambushed by the UVF – three were shot, one of them, Peter Ward, dying from his wounds.

So while the Civil Rights campaign of the late 1960s coupled with the unionist Orange State's violent reaction to peaceful demonstrations, particularly in 1968, are generally viewed as the start of the conflict in the North, the reality is that the scene was already set for political confrontation with the rekindling of the loyalist paramilitary group the UVF in 1966 and its subsequent killing of three people.

Tension was high in the North with the 50th anniversary of the Easter Rising bringing republicans and nationalists onto the streets in huge numbers to commemorate the events of 1916. As in the years after the Rising and partition, the unionist regime had used its paramilitary RUC police to suppress any attempts by republicans to mark the anniversary or indeed express their aspirations for a united Ireland.

The “Divis Street Riots” in 1964, when agitator-in-chief Ian Paisley demanded that the RUC remove the Tricolour from Billy McMillen's election office on the Falls Road, were one clear outcome of unionist hostility to republicanism.

And then, in March 1966, Gerry Fitt, standing on a Republican Labour ticket, defeated a unionist to take the West Belfast seat in the Westminster election Unionist and loyalist feeling was inflamed and fanned by their leaders. The reorganisation of the UVF in the mid-1960s should be seen as an important development.

The political dynamic of the time and the involvement of many senior unionist political figures (Ian Paisley being the most prominent) broadens out the context of later developments and gives us a better understanding of the forces at play within unionism as the Civil Rights campaign intensified.