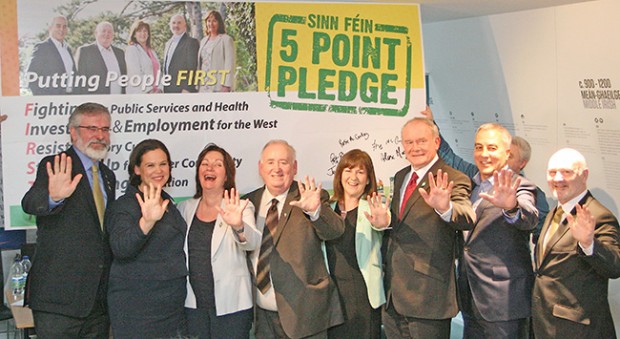 DURING the years of conflict, the community in West Belfast bore the brunt of oppression and discrimination by the British state and its forces.

West Belfast has also become a byword for determination, resilience and commitment to republicanism – as evidenced by the fact that five of the area’s six Assembly seats are held by Sinn Féin.

The area, which was discriminated against for decades, has been transformed in recent years and Sinn Féin has been at the heart of that.

Hundreds of millions of pounds of Executive funding have been targeted towards West Belfast, improving public services, upgrading facilities and strengthening communities.

Physically, the changes to the area are apparent with several new buildings and flagship regeneration projects.

Unemployment in the area has been cut dramatically from 19% to 9% as the Executive has attracted investment and spent money on job-creation initiatives.

More than £40million has been spent improving the the leisure, sports and recreation facilities in the area, including the building of a new leisure centre at Andersonstown.

Culture, Arts & Leisure Minister Carál Ní Chuilín has also secured £60million which has been ringfenced for the development of a world-class GAA stadium at Casement Park.

Millions have also been spent on improving schools across West Belfast with many new schools built by Sinn Féin education ministers in recent years, including at Coláiste Feirste and Scoil na Fuiseoige.

Educational attainment has also improved in the constituency and the campaign to keep St Mary’s teacher training college open (which was driven by Sinn Féin) was successful.

Almost £20million has been invested to support the development and promotion of the Irish language in West Belfast, supporting the area’s growing Gaelteacht quarter. Funding has been secured for a new building for local Irish-language radio station Raidió Fáilte, as well as for local Gaelscoileanna. 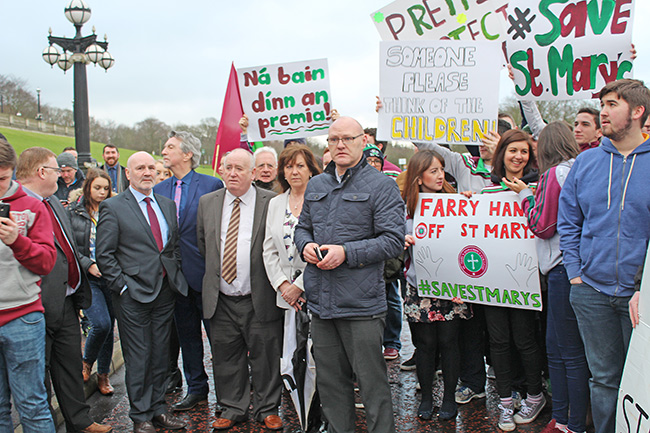 The area also boasts one of the largest community festivals in Europe, Féile an Phobail, which attracts hundreds of thousands of visitors each year and is supported by funding from Culture Minister Carál Ní Chuilín.

£15million has been spent on the new Brook Activity Centre, providing state-of-the-art services to the local community while an additional £2.5million has been invested in Colin Forest Park.

The community and voluntary sector has been the backbone of life in West Belfast in recent years and Sinn Féin has safeguarded funding for community organisations in the area.

Given the fact that the Royal Victoria Hospital is in the heart of West Belfast, Tory attacks on the health service have been a major concern in the area and Sinn Féin has been at the heart of the campaign to ensure public health workers receive a living wage.

While significant challenges still remain in the area as a result of decades of underinvestment and discrimination, the actions of Sinn Féin in standing against punitive Tory austerity policies mean that those most in need in West Belfast have been protected from the worst impact of the cuts.

Speaking at the launch in the Cultúrlann on the Falls Road of the Assembly election campaign to re-elect five Sinn Féin MLAs, Gerry Adams TD called on voters to continue to support Sinn Féin to ensure continued delivery.

“West Belfast has been in the vanguard of this struggle in the North,” the former MP for West Belfast said. “We look again to you to provide the leadership and the inspiration to move forward in this crucial election.”

Martin McGuinness also praised the five Sinn Féin candidates in West Belfast for the work they have done in transforming the constituency.

“West Belfast is a unique area. Time and again it has returned the largest team of republican representatives of any constituency in Ireland.

“The team of candidates standing in West Belfast is unique too.

“Their politics and commitment to their community was forged in the white heat of the prison struggles and in their opposition to decades of inequality, discrimination, underinvestment and neglect by the British Government and a one-party unionist state.

“They have played key roles in transforming politics in the North and in the transformation of West Belfast.”