The Left needs to build a united front for the future 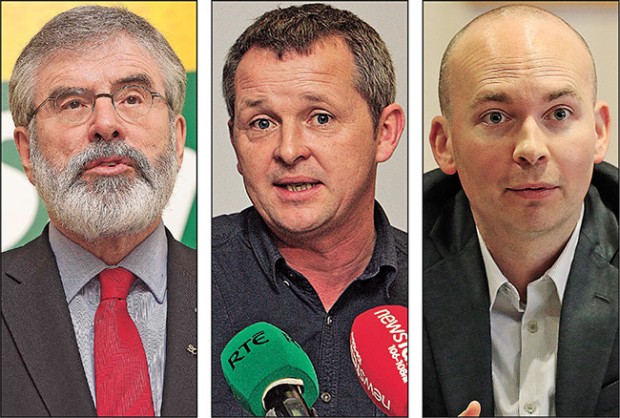 WHILE the official political process stagnated into a phony war, with Fianna Fáil and Fine Gael getting involved in “negotiations” with Independents and minor parties that everyone knows can’t produce a government, the important task is to try and build a genuine alternative to the exploitative system that has caused (and continues to cause) so much misery.

This task – the parameters of which have been set out in the Right2Change principles – is one that fills the Establishment with dread, so it is one that is studiously ignored in the mainstream media.

The road ahead, however, is not an easy one.

The Left continues to be plagued by petty careerism and an elevation of differences with other Left forces from which only the Right can benefit.

The venom with which the Socialist Party, operating under the banner of the Anti-Austerity Alliance, has concentrated so much of its fire against Sinn Féin has disgusted many activists. But it would be a mistake to reply in kind.

The many genuine activists who have been mobilised by this group need to be won over to the idea of co-operating against the austerity parties, whatever strategic differences may exist, and despite whatever reservations individual parties might have about each other.

The alternative is to sit on the fence on the moral high ground while the forces of reaction regroup themselves.

And whatever criticisms might validly be made of the Socialist Party’s style of work, they at least back the ideas contained if the Right2Change programme, even if they disagree on co-operation.

An even more direct challenge needs to be made to the Social Democrats and the Left Independents who have refused to endorse Right2Change at all.

While the Social Democrats have, for the moment, rejected supporting either a Fine Gael or a Fianna Fáil minority government, they act as if they believe they could do a better deal than Labour in the same circumstances. 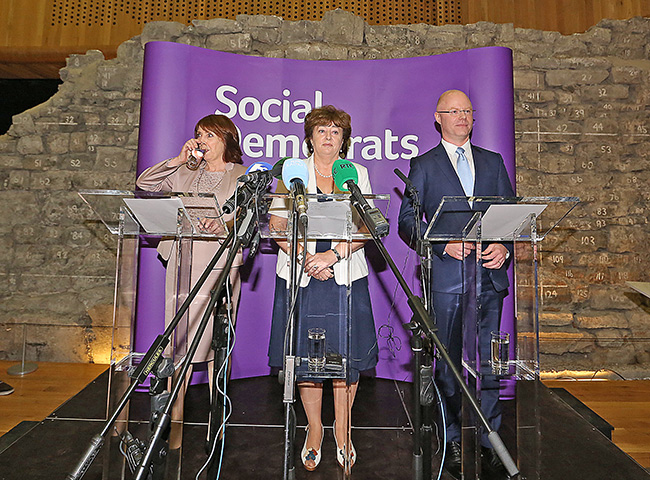 This is a fundamental fallacy: it is not individuals or fringe parties that will make the difference but the extent to which working people can be organised to take action and demand change themselves.

And what of the Labour Party?

Deservedly, it suffered a catastrophic defeat, but not catastrophic enough. Seven seats gives them speaking rights in the Dáil and there is no sign that the party will learn anything fundamental from its rejection by the voters.

It is no help that the TDs who did survive include Joan Burton, Alan Kelly and Brendan Howlin because these were at the forefront in pushing and upholding the disastrous right-wing turn that has almost destroyed the party.

We need now, as much as we ever needed it, a united front of the labour, republican and community movements to create sufficient strength to replace the current system.

Right2Change has to be taken especially into the trade union movement, not to defeat late entrants but to win them over. SIPTU remains a key area of struggle, for the grip of right-wing politics over the Labour Party and its influence in the labour movement cannot be broken without SIPTU joining the forces for change.

Political parties and independents have to learn how to act in unison with the most progressive elements of the trade union movement, and the disparate community bodies need to find their space in the united front too.

But politically, there is no escaping a fundamental point: that is that the struggle for social emancipation goes hand in hand, as it did in James Connolly’s day, with the struggle for real national freedom, for sovereignty of the Irish people over all of Ireland.

Republicanism is primarily about sharing the potential of our country, but it also involves carrying though a struggle for reunification and for making a reality of the Irish-language revival that has been treated with so much pretence by the Establishment parties.

It is through debate that the differences on these issues can be overcome and that we can clarify what they mean; and that debate is best organised by activists not primarily involved in party politics. Why? Because at the moment there is too much suspicion between parties.

I have no doubt that Sinn Féin will take on this role, but can the other forces – political, trade union, community and cultural – be mobilised to play their part?