Noble ideas of Proclamation yet to be achieved 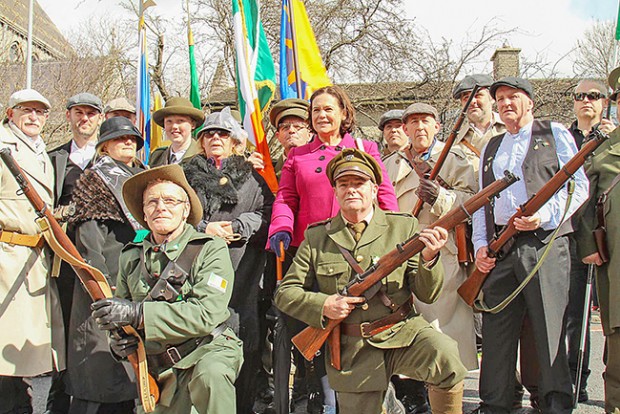 THE COURAGE of those involved in the 1916 Rising brought hope to all oppressed people across the world, Sinn Féin deputy leader Mary Lou McDonald TD told the crowd at the 1916 Centenary Commemoration in Glasnevin on Easter Sunday but she lamented the fact that “the noble ideals of the Proclamation have yet to be  achieved”.

Earlier that day, in a contemporary illustration of that very point, Mary Lou pledged Sinn Féin’s support for a protest against homelessness taking place at the same time as the 1916 Centenary commemorations.

The protest had been organised by Erica Fleming, a young working mother living in a hotel room with her nine-year-old daughter and who recently featured in an RTÉ TV documentary, My Homeless Family.

Deputy McDonald said the Republic that the men and women of 1916 fought and died for did not envision mothers bringing their children up in hotel rooms due to a lack of housing. 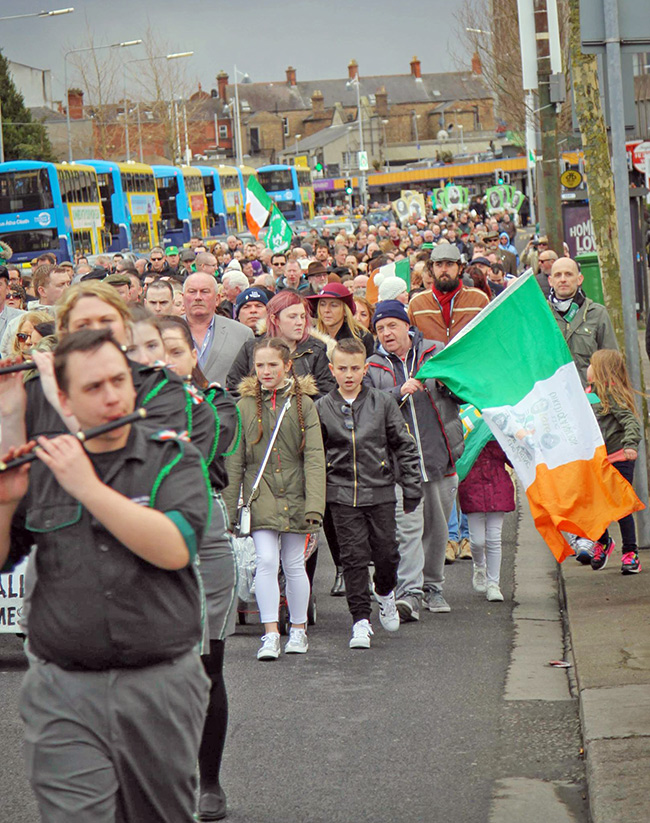 • The march en route to Glasnevin

“I think it is only right and fitting that this protest takes place on Easter Sunday morning, 100 years after the 1916 Rising, not least because it shows what many of us already know – that the Republic proclaimed in 1916 remains to be achieved, that the cause of the men and women of 1916 remains unfinished business.

“So let all those who commemorate the rising this weekend and throughout this centenary year commit to the ideals of those heroes, to the full implementation of the Proclamation and to bringing an end to the housing crisis and the scandal of mothers raising their children in hotel rooms.

“That is Sinn Féin’s commitment and it should be the commitment of all those who genuinely believe in the Republic that was proclaimed one hundred years ago.”

Speaking later at the 1916 Plot in Glasnevin Cemetery, the Dublin Central TD said:

“I am proud to stand here before you today, on this the 100th anniversary of the 1916 Rising. The actions that took place in Dublin over those six turbulent days by an outnumbered but determined group of rebels battling the forces of a empire, shone as a beacon of hope to all oppressed people across the world.

“That this little country – amongst all the great countries of the British Empire – had the nerve, the guts and the audacity to take on the greatest empire the world had ever seen remains a testament to the courage of our people.

“The Rising became a catalyst for other freedom struggles across the world, inspiring other oppressed peoples who laboured under the shackles of the British Empire, encouraging them too to break free of their chains of slavery and not just dream of liberty but achieve it.” 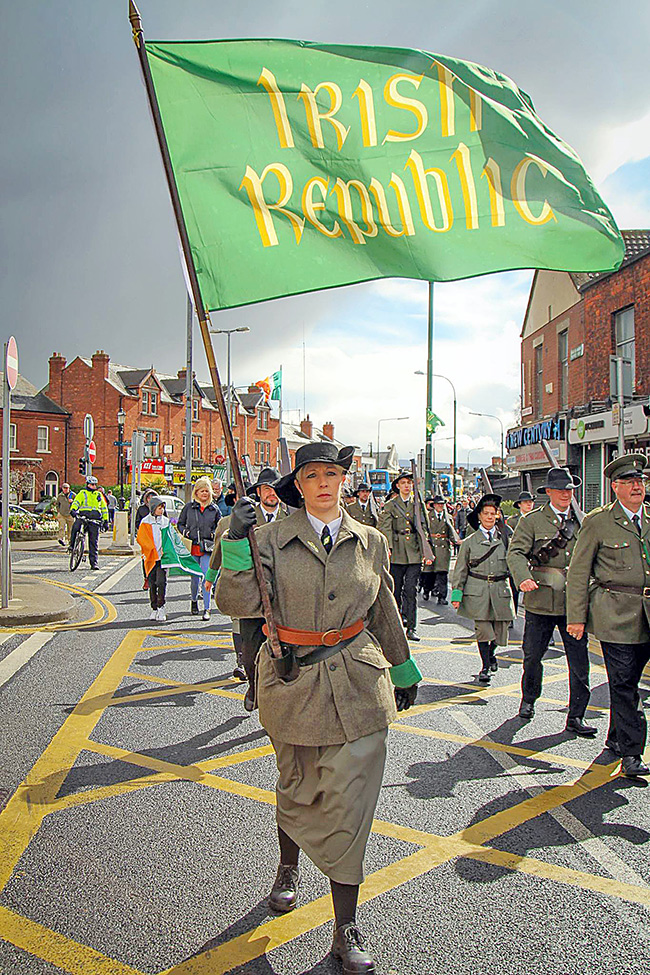 She said that Sinn Féin is a republican party and makes no apology for it.

“Sinn Féin proudly remains the only all-Ireland republican party on the island of Ireland. We want an end the partition imposed on our country by Britain, created not with our consent nor by the democratic will of the people but by the threat of ‘immediate and terrible war’.

“Britain left us with a dysfunctional, gerrymandered statelet in the North and a reactionary state in the South that set aside the dream of the Republic.

“The noble ideals of the Proclamation which guarantee religious and civil liberty, which champion equal rights and equal opportunities for all of its citizens – irrespective of creed or colour or gender – and will cherish all the children of the nation equally, enshrine Sinn Féin’s core values.” 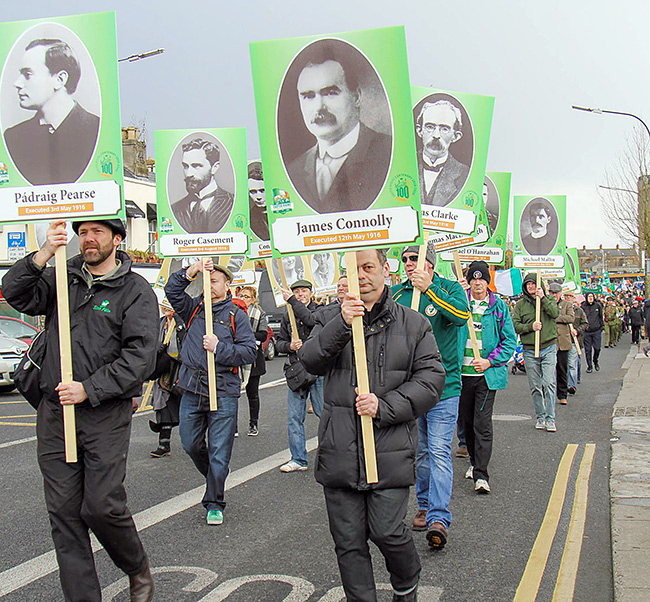 • The executed leaders are remembered

She said that in this centenary year, she wished she could say that these ideals, for which the women and men of 1916 fought for,  have been achieved – that Ireland is now a better place.

“I wish I could tell you that we now have the Republic dreamed of by Connolly, Pearse, Markievicz and Lynn. Sadly, I cannot, nor can anyone, make these claims.