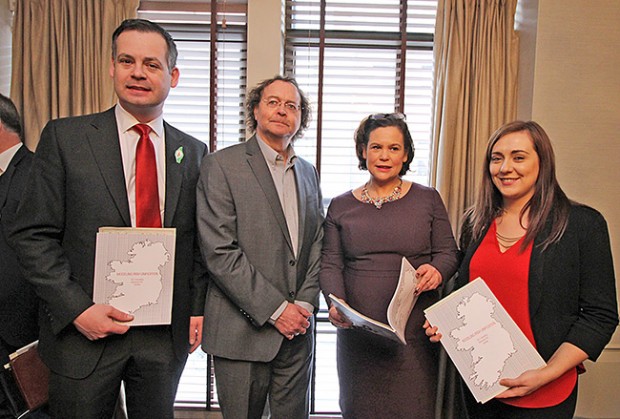 German reunification part of political science and economics in ‘important, timely examination of the economics of Irish unification’

SIGNIFICANT long-term improvement in the economies of both the North of Ireland and the South would result from unification, a major international economic study has found.

Launched in Dublin  and in Belfast on  22/23 March, the study – entitled Modeling Irish Unification – was carried out by political science and economics researchers who had carried out similar examinations of German and Korean unification models.

The report presents the first comprehensive economic models simulating the political and economic integration of the two states in Ireland.

Three unification scenarios were presented, with the most aggressive estimating a €35.6billion boost in an all-island GDP in the first eight years of unification.

It found that there would be long-term improvement in the Northern economy as a result of the removal of currency, trade and tax barriers which currently impede economic growth. At the same time, the South would benefit from barrier-free access to the Northern market.

By modelling three separate unification scenarios, the researchers showed a long-term improvement of GDP per capita in the North of 4% to 7.5% while the South would see a boost of 0.7% to 1.2%.

The study is particularly timely given current debates over Irish economic growth and Westminster’s continued participation in the European Union.

The research was led by Dr Kurt Hubner (Professor of Political Science), Jean Monnet (Chair for European Integration and Global Political Economy and Director of the Institute for European Studies at the University of British Columbia in Canada). Dr Hubner directed the research through his firm KLC – Consulting for Tomorrow, an economic and political relations consulting firm based in Vancouver. 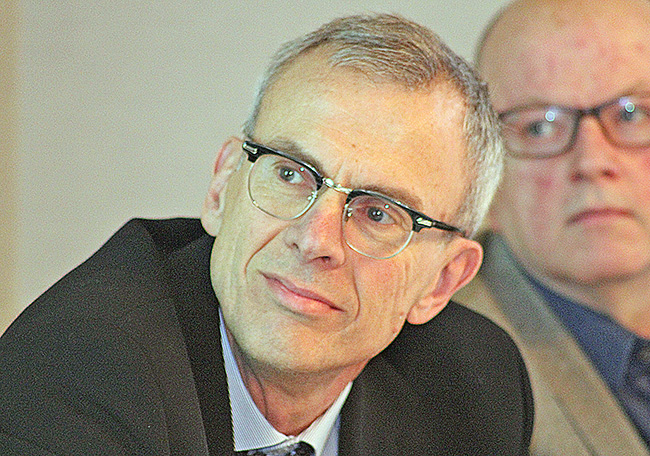 The economic model was developed by Dr Renger Herman van Nieuwkoop, Director and Founder of ModelWorks and Professor of Economics at ETH Zurich, Switzerland.

“While these effects occur in a static global economic environment, under ideal political conditions they underline the potential of political and economic unification when it is supported by smart economic policy.”

In the executive summary, Professor Steven Raphael of the University of California at Berkeley writes:

“Political and economic unification of the North and South would likely result in a sizeable boost in economic output and incomes in the North and a smaller boost in the [South of Ireland].”

Marcus Noland, Executive Vice-President and Director of Studies at the Peterson Institute for International Economics in Washington, provided comment on the study, writing:

“Modeling Irish Unification is an important, timely examination of the economics of Irish unification, applying state-of-the-art modelling techniques to the issue at hand. The modelling work illustrates a variety of channels which are likely to be at play in the Irish case and concludes that Irish unification would be economically beneficial to both parts of the island, especially for smaller, poorer, Northern Ireland.”

“The issue of the benefits of a unified Irish economy are unfortunately largely overlooked. This paper goes some way to correcting that and will help develop discussion in this neglected area.”