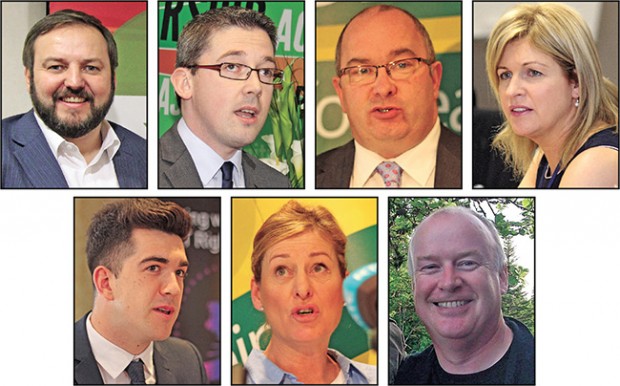 The Seanad will be a platform to put forward Sinn Féin’s policies, including protecting our most vulnerable citizens, introducing a fair tax system and investing in high-quality public services with a priority of solving the crises in our health and housing services

SINN FÉIN has announced that it is standing seven candidates in the Seanad elections as the party aims to increase its current three seats in the 60-seat Upper House.

The party’s seven candidates will stand across the five vocational panels, from which 43 senators are elected. The rest of the Seanad is elected by two university constituencies, which have six seats, while 11 seats are reserved for Senators nominated by the Taoiseach.

Sinn Féin’s nominees include former Donegal TD and Justice spokesperson Pádraig Mac Lochlainn, who narrowly missed out on retaining his seat in the Dáil following major constituency changes. He will stand for the Industrial and Commercial Panel. The Buncrana candidate previously served as the Donegal spokesperson for the Irish National Organisation for the Unemployed and served on the board of InterTrade Ireland. 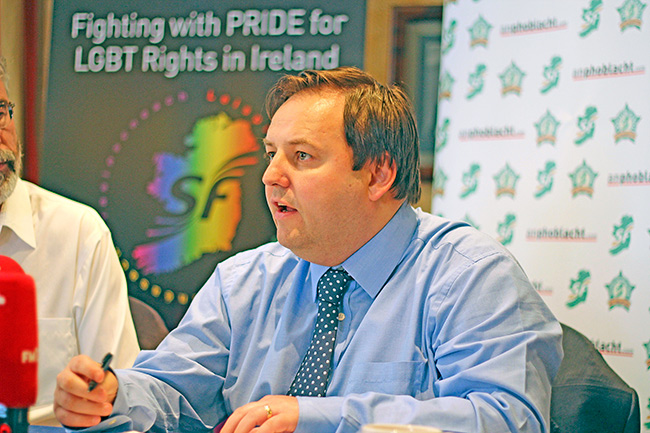 Former Mayor of Belfast Niall Ó Donnghaile, who hails from the small nationalist enclave of Short Strand in east Belfast, will stand for the party on the Administrative Panel. Ó Donnghaile became the youngest-ever Mayor of Belfast in 2011 at the age of 25. A fluent Irish speaker, Niall is well-known as a spokesperson for the tiny Short Strand community, an area which has been frequently targeted in co-ordinated attacks by unionist gangs.

The party is standing two candidates for the Agriculture Panel. Joining incumbent Connemara–based Senator Trevor Ó Clochartaigh (party spokesperson on the Gaeltacht, Rural Affairs and the Diaspora) is Mayo Councillor Rose Conway-Walsh. An Irish representative to the EU Committee of the Regions and with over 20 years’ experience in leading community projects in Mayo, Rose put in an extremely strong showing in the general election in what is considered a traditional Fine Gael stronghold and home county of the outgoing Taoiseach.

Former Mayor of South Dublin and well-known traditional musician Fintan Warfield will stand for Sinn Féin on the Culture and Education Panel. In 2014, Fintan, aged just 22,  became the youngest Mayor of a local authority in Ireland. He is also the chairperson of the Civic Theatre in Tallaght.

The party will also stand two candidates on the Labour Panel. Dublin-based Councillor Máire Devine, who has over a decade of experience as a branch secretary for the Psychiatric Nurses’ Association, and SIPTU trade union organiser Paul Gavan from Limerick. 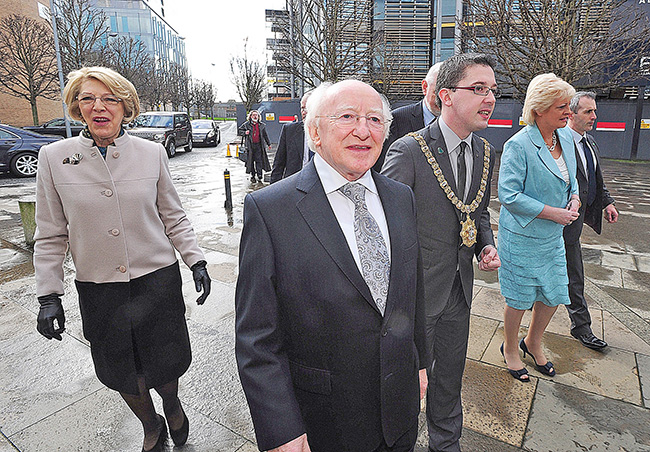 “We will use the Seanad as a platform to put forward Sinn Féin’s policies, including protecting our most vulnerable citizens, introducing a fair tax system and investing in high-quality public services with a priority of solving the crises in our health and housing services.”

He said Sinn Féin will also campaign for real Seanad reform, including the introduction of universal voting rights for future Seanad elections.

“Our candidates are all Sinn Féin activists in their own communities, they are highly capable and they will make great senators,” he said. 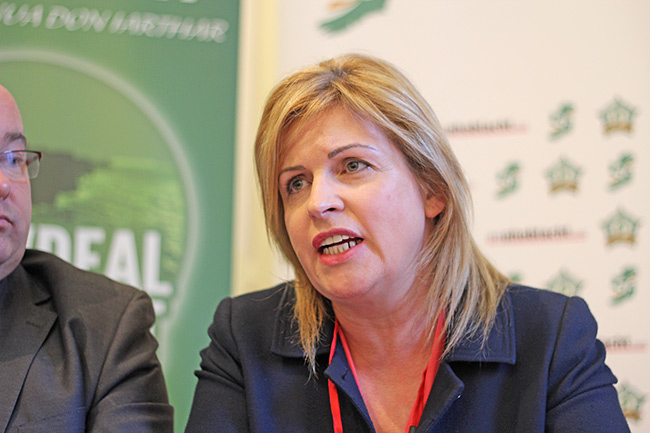 Sinn Féin backs Independent nominee as a voice for the Diaspora

Sinn Féin has also nominated US-based Ciarán Staunton as an Independent candidate for the Industrial and Commercial Panel. Sinn Féin says the Mayoman, who has lived in the United States since the 1980s, will be a “voice for the Diaspora”. He is a co-founder of the Irish Lobby for Immigration Reform in the USA whose goal is resolving the status of the estimated 50,000 undocumented Irish in the country.