Sinn Féin is hungry for change but not thirsty for power

THE DÁIL GENERAL ELECTION saw gains for those on the left of the Labour Party. The Right2Water movement brought tens of thousands onto the streets and politicised many. The economic crash of 2008/2009 raised the political consciousness of the people with the Establishment parties’ vote dropping as a consequence.

The Right2Water movement was supported by six trade unions, a community pillar and a number of left-leaning political parties and Independents. An attempt to organise these distinct groupings under an agreed political platform met with limited success.

The Right2Change platform failed to persuade some of those involved in the Right2Water movement such as the Anti-Austerity Alliance, the Social Democrats and a number of left-leaning Independent TDs to sign up. This was for different reasons, depending on the grouping or individual, and this needs further analysis.

Sinn Féin needs to be part of building on this work. 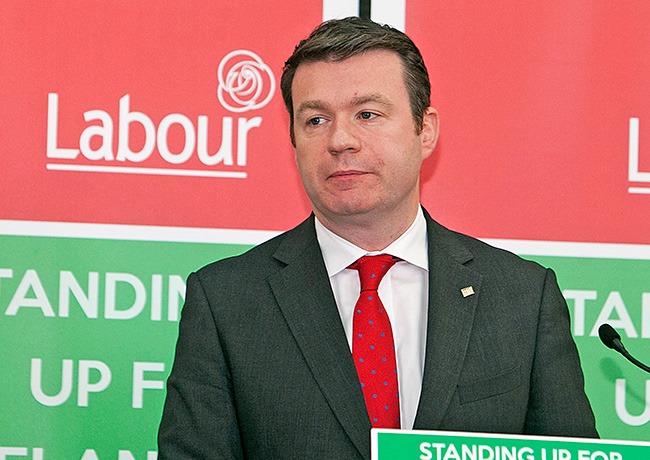 Sinn Féin is different from the Establishment parties. We are hungry for change but not thirsty for power. Alan Kelly described power as a drug. He entirely misses the point. Entering Government must be about serving the interests of citizens and changing politics and society for the better. Any coalition Government involves compromise. Sinn Féin is not afraid to compromise (as we have shown in the North) but we will not act as a crutch to parties who have perpetuated partition and widened inequality in society. To engage in such a betrayal would be to follow in the footsteps of Labour and that is a path we are not for walking. 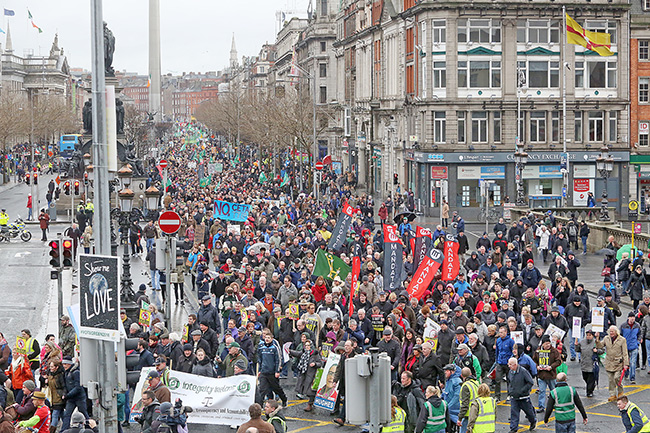 • The Right2Change movement brought tens of thousands onto the streets

We need to continue supporting the Right2Change platform and encourage new voices, including within the trade union movement, the community sector, NGOs and campaigning groups to take part.

Facing outwards and building alliances is time consuming and difficult work. But it is vital in laying the foundations for a progressive Government with Sinn Féin in the leadership. The option of taking a short-cut to Government and at some point propping up Fianna Fáil or Fine Gael as a minority party is fraught with danger and a path disastrously travelled by others.

We need to be focused, strategic and diligent in building relationships and paving the way for a future progressive Government.