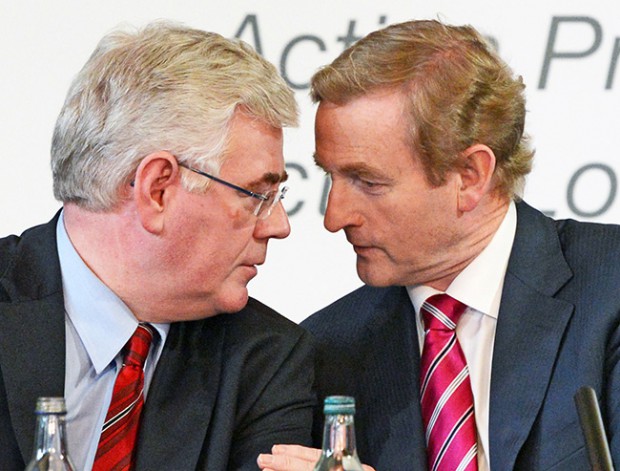 From 1987 to 2011, Fianna Fáil occupied both the Office of the Taoiseach and the Finance ministry for all but two-and-a-half of those 24 years ... It was Fianna Fáil policy during this period to introduce substantial tax reliefs for property developers and ‘light-touch’ regulation for banks and building societies, with devastating consequences

THE REPORT into the economic crash of 2008 by the Dáil’s Joint Committee of Inquiry into the Banking Crisis is almost complete. It was set up almost two years ago. The final weeks have been a shambles.

The first draft produced by the investigation team was not fit for purpose.

There was a crisis as the Joint Committee tried to address the issues. However, by this stage they had run out of time.

Pearse Doherty confirmed that he would not be signing off on the report. “Our people deserve the full truth,” he said.

It is worth remembering that, on 2 July 2015, former Finance Minister and Taoiseach Brian Cowen appeared before the Banking Inquiry and said: “I accept full and complete responsibility for my role in and our response to that crisis.” This was a statement of incontestable fact.

From 1987 to 2011, Fianna Fáil occupied both the Office of the Taoiseach and the Finance ministry for all but two-and-a-half of those 24 years.

It was Fianna Fáil policy during this period to introduce substantial tax reliefs for property developers and ‘light-touch’ regulation for banks and building societies, with devastating consequences.

From 2000 to 2008, Irish bank lending quadrupled from €100billion to over €400billion, with a heavy concentration on the commercial real estate sector and a small number of developers. Some of these developers had personal relationships with Fianna Fáil during these years. The “Galway Tent” culture was endemic.

The public perception is that the crisis was caused by the housing boom. However, that was not the crucial factor, according to three bank economists who came before the Joint Committee. They all agreed that commercial property was the main reason why the banking system had to be bailed out.

The night of the Bank Guarantee is also a myth. This was no spur-of-the-moment idea. There was a long lead-in period with the concept of a guarantee first mooted in January 2008. Representations were being made from April 2008 onwards for some form of a Government guarantee by, among others, Seánie Fitzpatrick, Dermot Desmond and Charlie McCreevy. 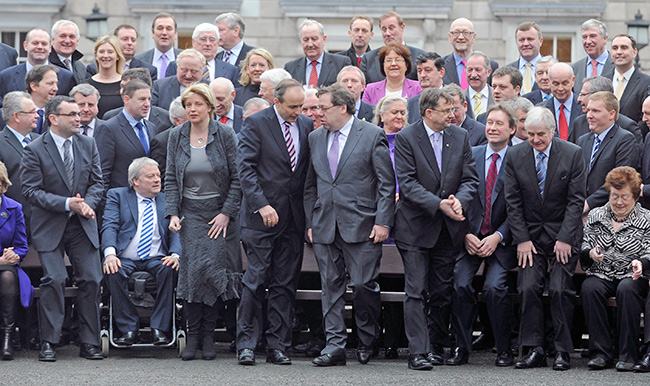 We also learnt from the Attorney General that the banks did not come under a legal guarantee until 29 October 2008 – nearly one month to the day from when the announcement was made.

The guarantee decision directly resulted in €64billion of bad banking debts being placed on the shoulders of the Irish people. The incoming Fine Gael and Labour Government rejected the suggestion by Sinn Féin and others that unguaranteed bondholders should not be paid. They chose instead to impose this odious debt on citizens and their children and grandchildren for decades to come.

The failure to pursue effectively the option of burden-sharing put an immense cost on the Irish people in terms of the crisis resolution. This is despite the fact that the National Treasury Management Agency (which is responsible for selling government debt to the markets) informed the Fine Gael and Labour Government in early 2011 that the financial markets not only expected but had priced in burden-sharing for senior unguaranteed debt. We know from the Banking Inquiry that Michael Noonan spent precisely half a day and two phone calls on negotiating a deal before conceding to then European Central Bank President Jean-Claude Trichet’s line.

The failure of Fine Gael and Labour to negotiate with focus and direction on behalf of the Irish people is evident in every townland and village across the state. It is also felt abroad, in places where hundreds of thousands of our young people now reside having been forced to emigrate as a result of the policies of the Establishment parties.

Brian Cowen may have accepted responsibility for his actions but his actions weren’t personal ones. He was Taoiseach and leader of Fianna Fáil, and his tenure saw a continuation of programmes that promoted the short-term interests of banks and developers over the long-term interests of the citizens of Ireland.  That is, and remains, Fianna Fáil’s and the Green Party’s true legacy.

Similarly, the conscious and determined decision by Fine Gael and Labour to use their time in office to give succour to those with the most in our society while imposing the burden of banking debt on the shoulders of those with the least gives lie to the vision of 1916 to which they, along with Fianna Fáil, so fervently pay lip service to.

The tight, cosy world of bankers, developers and politicians is there for all to see, and one that Sinn Féin will continue to challenge and seek to change.