United Ireland is good for your wealth – Economists 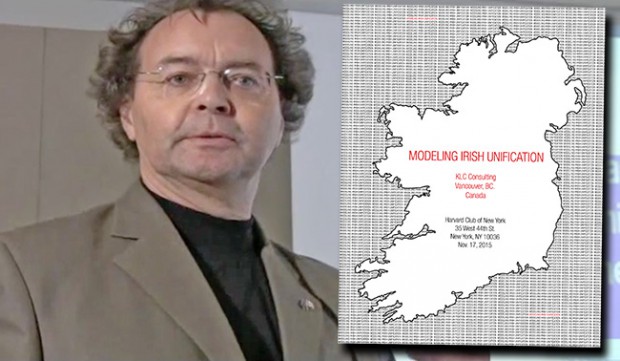 Professor Kurt Huebner’s ‘Modeling Irish Unification’ implies that the average person on the island would be nearly €6,000 a year better off from Irish unification

THERE IS a growing consensus among economists that a united Ireland would be good for growth, jobs and living standards. One of the most important recent contributions is from Professor Kurt Huebner of Vancouver University.

His academic paper is titled Modeling Irish Unification and was recently launched at the Harvard Club in New York. One of the most striking findings of the analysis is that there is a central projection that the total combined economy would in a short number of years be approximately €35billion a year, larger than the two separate economies of the Southern and Northern states.

This is a very striking finding but not surprising.

It implies that the average person on the island would be nearly €6,000 a year better off from the process of Irish unification. By itself, it makes the strong case that uniting Ireland economically is a growth and prosperity project.

This should come as no surprise to any student of economic theory or of economic history. ‘The Father of Modern Economics’, Adam Smith, writing in The Wealth of Nations identified the rising division of labour, the growth of the home market and the increasing participation in the international division of labour through trade as decisive factors in economic development and rising prosperity. Yet Ireland has never developed a ‘home market’ of the type that was created in European countries from the mid-17th century onwards, beginning with England itself. Instead, the entire economy’s status as a colony prevented that as colonies are almost exclusively obliged to trade with the metropolitan centre of the Empire. 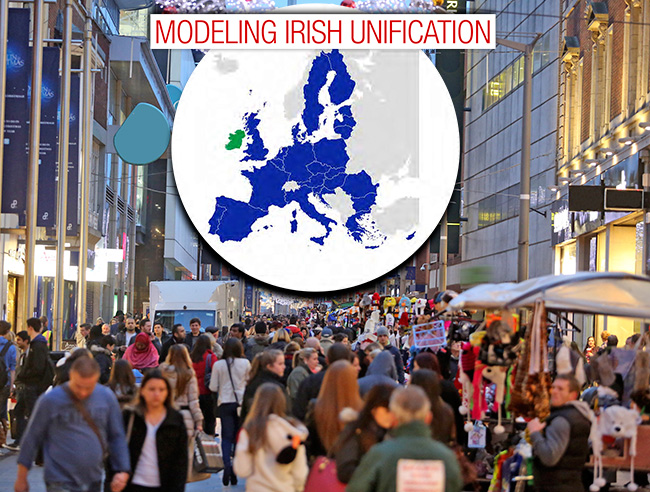 This is the fundamental backdrop to Professor Huebner’s extremely detailed mathematical model. His report runs to 70 pages and has been peer reviewed. He was very ably assisted in his work by Dr Renger van Nieuwkoop, from Model Works in Switzerland, who was in charge of the modelling exercise. Dr van Nieuwkoop has performed economic modelling for the Swiss Government (among others) and produced robust and innovative mathematical techniques to overcome the many shortcomings in official economic data in Ireland, especially that provided by Westminster.

Overall, Modeling Irish Unification adds to the growing body of work pointing to the very substantial net economic benefits of Irish unification. No serious analysis or research exists that points to a contrary conclusion.

One scenario not addressed by Professor Huebner and colleagues is maintaining the status quo. But here too both theory and history are clear: the North of Ireland economy especially cannot thrive as a semi-detached carriage of the slow train that is the British economy, which has been in relative decline for over 100 years.

In reality, all the people of Ireland would be better off with unification.

MICHAEL BURKE is Economist and blogger for the Socialist Economic Bulletin