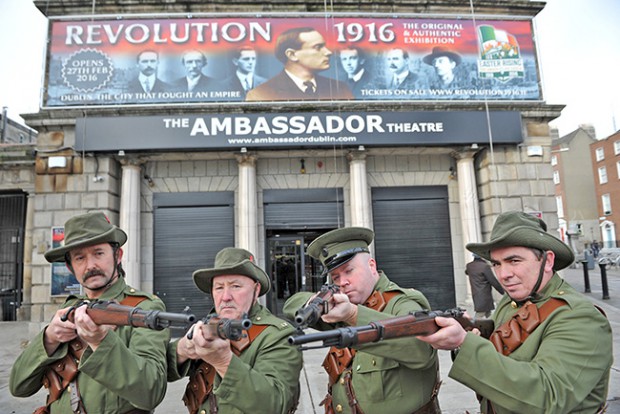 • Cabra Historical Society at the flag-raising ceremony at the Ambassador

With Dublin expecting in excess of four million visitors for the centenary year, “Revolution 1916 – The Original and Authentic Exhibition” will be a must-see, must-do experience

"REVOLUTION 1916 –The Original and Authentic Exhibition"opens to the public on 27 February 2016 in the Ambassador Theatre in the shadow of the Parnell Monument on Dublin’s O’Connel l Street and here is a preview of what visitors will enjoy.

THE LOCATION for the ‘Revolution 1916’ exhibition is very symbolic with Sinn Féin founded there in 1905 and where the Irish Volunteers signed up at a mass meeting in 1913. During 1916, outside the Rotunda, the garrisons of the GPO and the Four Courts were kept out overnight and British soldiers paraded the captured Irish Republic flag in front of it.

The Ambassador is now flying the flags of the organisations involved in 1916, the Proclamation is displayed, and the seven signatories look out over O’Connell Street, attracting huge attention from passersby even before the exhibition has even opened. 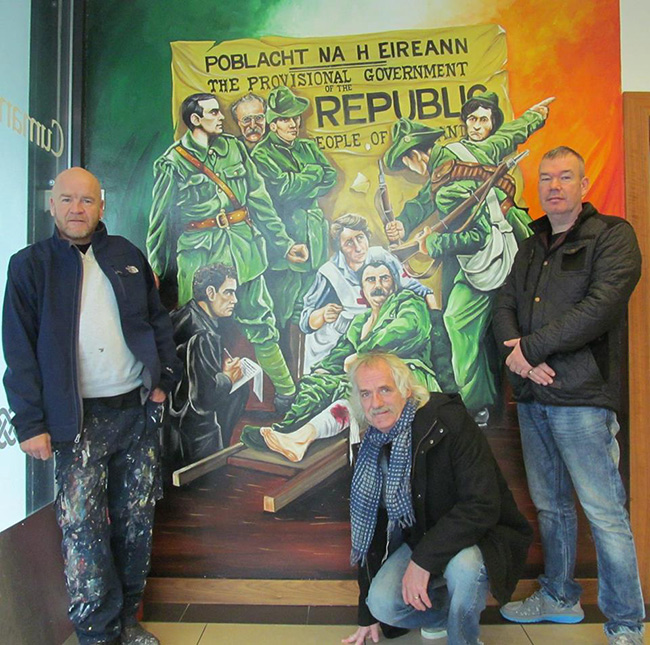 Upon entering the building the visitor will be greeted by staff dressed in period uniforms and the lobby will have two gigantic 1916 murals designed by master mural artist Danny Devenny from Belfast.

Moving upstairs, a series of large charcoal drawings take you visually through some of the ancient history of Ireland which was a big influence for 1916 and on to the audio-visual seating area. ‘Revolution 1916’ will tell the story of the period 1913-1923 through the eyes and experiences of a young girl of the time, Dubliner Molly O’Reilly. In 1916, Molly raised the Irish flag on Liberty Hall a week before the Rising and during it acted as a messenger between City Hall and the GPO garrison of James Connolly.

“Highlighting the activity of this period through a female perspective is the opposite of the 50th anniversary when it was all about ‘the men of 1916’ and symbolically sees Molly in 1913 helping out in the soup kitchens and, 10 years later, on hunger strike in Kilmainham Jail,” said Bartle D’Arcy, Sinn Féin 1916 Co-ordinator and ‘Revolution 1916’ exhibition organiser. 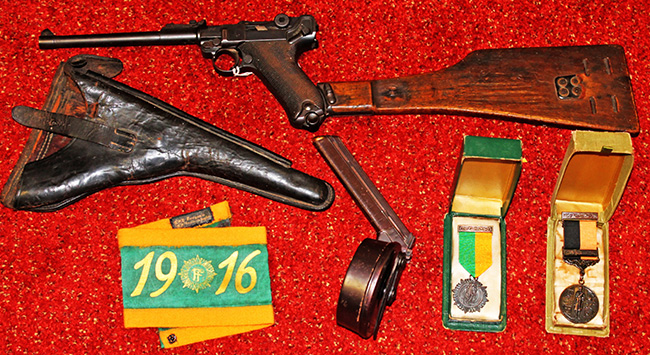 On display in the exhibition will be a specially-commissioned life-size statue of Molly O’Reilly raising the Irish flag, her 1916 and Tan War medals, and her arrest warrant signed by Free State Army General Richard Mulcahy.

The Irish Volunteers Commemorative Organisation’s entire collection of over 500 artefacts is on loan to the exhibition with an original 1916 Proclamation and a wide variety of period weaponry from the C96 Mauser machine pistol as favoured by Pearse to naval Luger pistols given to Volunteers visiting Germany and to confiscated British Army Lee Enfield rifles.

The stand-out artefacts include three Howth Mausers, single-shot IG.71 models from 1916, including a black one – there was only one black one among the 1,500 imported and it was said to have been given to the veteran Fenian Thomas Clarke.

Moving downstairs, the visitor will pass through a series of sets replicating some of the main areas of activity during the Rising, including the GPO, Rebel Radio at Reiss’s, the lanes of Moore Street leading to Number16, Kilmainham Jail 1916 landing, and finally the poignant stonebreakers’ yard, where the leaders of the Easter Rising were executed by British Army firing squads. 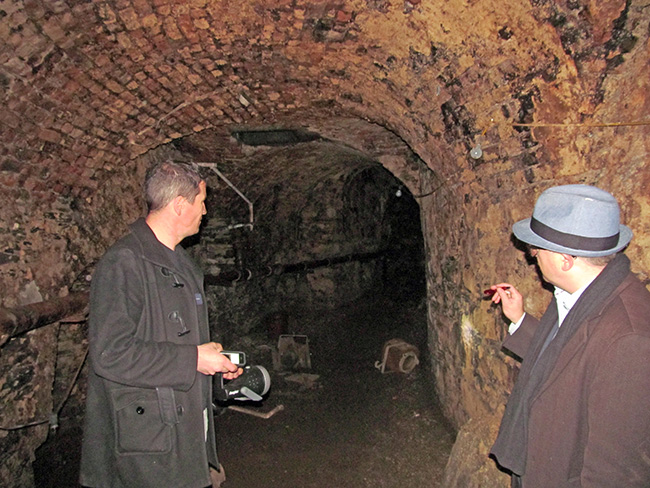 The exhibition explores the aftermath of the Rising, the 1918 general election, First Dáil Éireann 1919, the Tan War, and the “Counter-Revolution” leading to the formation of the Free State and partition of Ireland. Artefacts from these periods will be on display and a unique feature will be a visual access into the tunnels underneath the Ambassador where the IRA’s famous counter-intelligence assassination team, ‘The Squad’, operated in and out to Vaughan’s Hotel. Both Michael Collins’s revolver and 1916 Crossley Touring Car that was at Béal na mBláth will be on display.

2016 is also the 35th anniversary of the 1981 H-Blocks Hunger Strikes and the stage area of the exhibition will look at the history of hunger striking from 1916 veteran Thomas Ashe up to 1981. The artist Robert Ballagh has been commissioned to produce new iconic images of both the 1981 Ten Martyrs and Michael Gaughan and Frank Stagg, which will be on public display for the first time.

Leaving the exhibition brings you out to a replica of Thomas Clarke’s Tobacconist Shop, which is the exhibition merchandise area and at 12 noon each day, a uniformed Pádraig Pearse will read aloud the 1916 Proclamation outside the Ambassador.

With Dublin expecting in excess of four million visitors for the centenary year, ‘Revolution 1916 – The Original and Authentic Exhibition’ will prove to be a must-see, must-do experience. 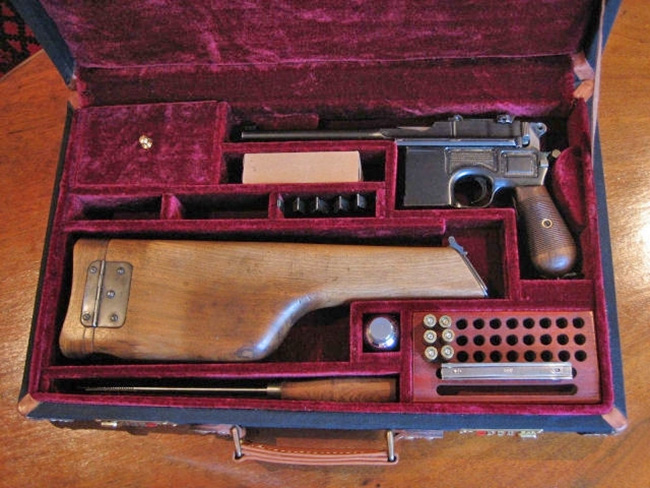 Tickets are available now online at www.revolution1916.ie and Ticketmaster.