Countdown to the Rising 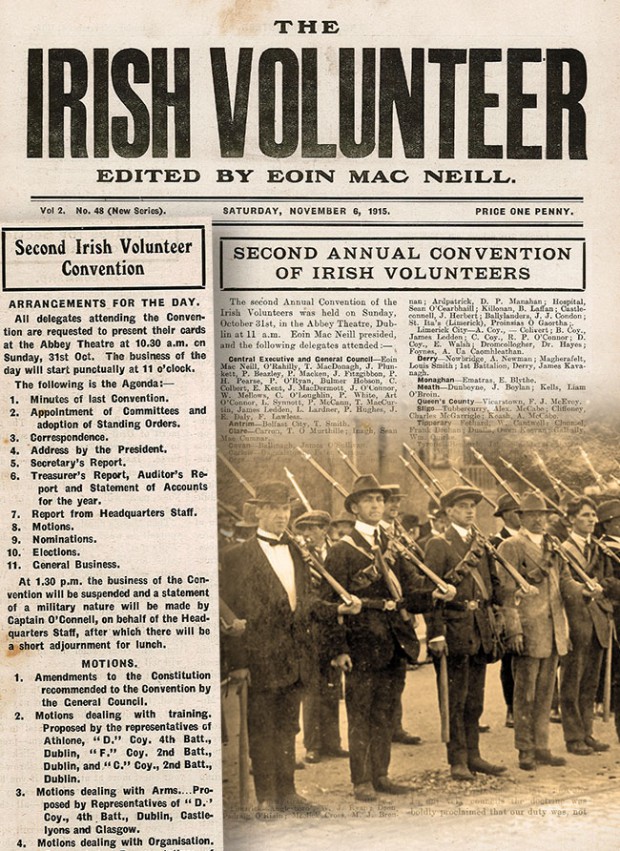 • Delegates from across Ireland, as well as from Glasgow and Liverpool, assembled for the Second Annual Convention of the Volunteers

It was the imperialist war that would ultimately bring the Citizen Army, the Volunteers and Cumann na mBan together

BY THE AUTUMN of 1915, the Military Council of the Irish Republican Brotherhood was well-established and was busy planning an insurrection for the spring of the following year.

Joseph Plunkett had been to Germany earlier in 1915 to seek German Government aid, Roger Casement was still in Germany, and Military Council and other IRB members were in key positions in the Irish Volunteers.

It was a year since Irish Parliamentary Party leader John Redmond had split the organisation by urging Irishmen to join the British Army to fight in the First World War. The Irish Volunteers who remained true to their original aim included those seen as moderates such as the Volunteers’ President, Eoin Mac Neill, as well as the strong IRB element.

Though greatly reduced in numbers due to the Redmondite split, the Volunteers in late 1915 saw themselves as a leaner and tougher organisation, with a greater emphasis on military training.

Delegates from across Ireland, as well as from Glasgow and Liverpool, assembled for the Second Annual Convention of the Volunteers in the Abbey Theatre in Dublin on Sunday 31 October. The largest contingents were from Dublin, Cork and Limerick.

Mac Neill, who had previously given qualified support to Redmond as Home Rule leader, used his presidential address to denounce his leadership. He said the Volunteers were asked “to submit to the rule of an autocracy which claimed to be infallible and which looked with disfavour on any expression of opinion that did not take the form of a vote of confidence”.

Mac Neill said they had tried to maintain unity in the Volunteers while the British Government adopted the policy of partition, but the breaking point was reached “when we were called upon to cast aside our pledges and to become a British imperial organisation”.  He said: “We are now and must continue to be a national defence force for Ireland, for all Ireland and for Ireland only.”

Mac Neill’s main ally in the Volunteer leadership was Bulmer Hobson, Honorary Secretary, who had fallen out with the IRB. He presented a detailed report on the work of 1915. Joseph Plunkett reported on the formation of the Headquarters Staff. The key IRB figures on that staff were both IRB Military Council members – Plunkett himself, who was Director of Military Operations, and Pádraig Pearse, who was Director of Military Organisation.

On the same day, the Cumann na mBan Convention was held in Volunteer headquarters in Dawson Street, with 13 branches represented. Jenny Wyse Power was elected President. It was in her house in Henry Street that the Proclamation of the Irish Republic would be signed less than six months later.

Joseph Plunkett and his brothers had by this time established an armed camp at Larkfield, Kimmage, where Irish Volunteers from England and Scotland stayed, actively preparing for the forthcoming insurrection with bomb-making and rifle practice.

At the same time, James Connolly was arming and training the Irish Citizen Army but he was not yet a member of the Military Council and was suspicious of the Volunteer leadership. He was not fully aware of the Military Council’s true role in that leadership. On the same weekend as the Volunteer Convention, Connolly wrote in his paper, The Workers’ Republic:

“The Irish Citizen Army will only co-operate in a forward movement. The moment that forward movement ceases it reserves to itself the right to step out of the alignment, and advance by itself, if needs be, in an effort to plant the banner of freedom one reach further towards its goal.” 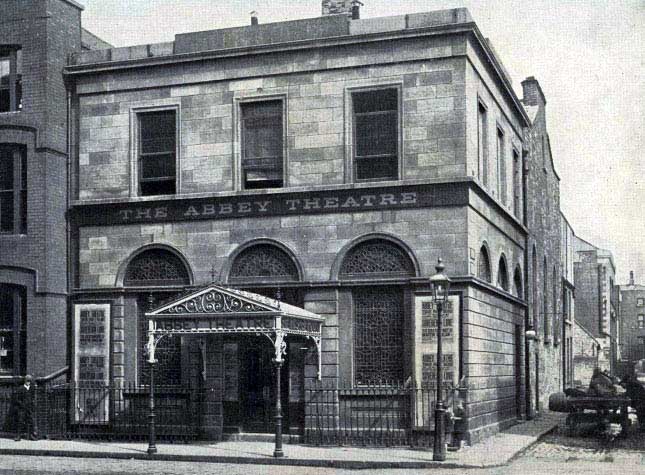 • The Irish Volunteers Convention was held in the Abbey Theatre, Dublin

But it was the imperialist war that would ultimately bring the Citizen Army, the Volunteers and Cumann na mBan together, as each answered the call to rise while the British Empire was still at war. In this regard, Connolly wrote in the same issue:

“The ‘war for civilisation’ is waged by a nation like Britain which holds in thrall a sixth of the human race, and holds as a cardinal doctrine of its faith that none of its subject races may, under penalty of imprisonment and death, dream of ruling their own territories . . .

“Some of our class have fought in Flanders and the Dardanelles; the greatest achievement of them all combined will weigh but a feather in the balance for good compared with the achievements of those who stayed at home and fought to secure the rights of the working class against invasion.”