Opportunities for strategic advances should be embraced, not squandered 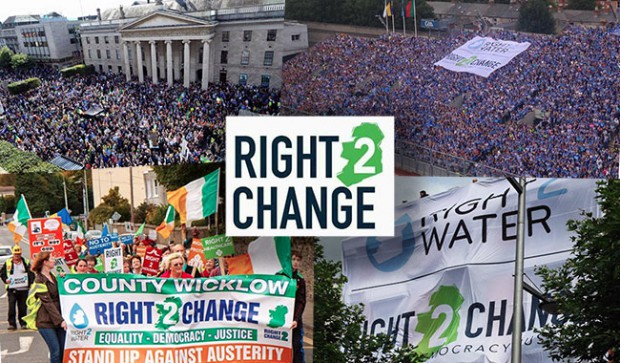 IN A PIECE of political context-setting for the next Dáil general election, Taoiseach Enda Kenny recently told a European audience there had been a bloodless coup in Ireland and that the Central Bank Governor had said troops would be deployed around banks to justify his Coalition’s acquiescence with the Troika’s austerity programme.

Earlier this year, there was an actual attempt at a political coup d’état in Greece, driven by the political and economic elites dominating the EU. Drawing an analogy with the overthrow of Salvador Allende’s government in Chile in 1973, SYRIZA MEP, Stelios Kouloglou said during a visit to Ireland in April that a concerted effort was underway to remove the SYRIZA government – with banks instead of tanks.

The anti-democratic character and unswerving allegiance to austerity ascendant within the EU is now intervening again in the democratic process of Portugal. The political establishment there has rejected the electoral mandate of the Socialist Party, Left Bloc and the Communist Party to form a Left coalition.

President Cavaco Silva said he would not be able to give power to “anti-European partisan forces”. That was in response to Angela Merkel’s assertion that an anti-austerity government would be a “very negative” development.

There is no surprise in any of this. The conservative Right are now on an offensive across Europe to entrench inequality as a means of social control.

A new battle of ideas is now in play over how and in whose interests the political economy of Europe should be organised.

As a result, new balances of forces have emerged.

That is in evidence with recent election results in Catalonia, Portugal, and a surge in electoral support for the Scottish National Party, whose expanded membership now constitutes 2% of Scotland’s population.

The elections in Britain next May have the potential to intensify this realignment in British politics with strengthened opposition to the Tories’ austerity agenda.

A referendum on a British exit from Europe will create an opportunity to further popularise the politics of anti-austerity and democratising of the EU.

In Ireland, as the Southern general election and a probable Northern Assembly election in May 2016 draw closer, progressive and democratic forces here need to take stock.

In February of this year I suggested in An Phoblacht that, in strategic terms, politics here was moving towards a tipping point which could result in republican, Left and progressive parties and organisations gaining the political power for change.

That, of course, cannot be taken for granted.

For the British and Irish governments and the economic elites they represent, Sinn Féin poses the greatest threat to the status quo, North and South.

The political establishments, capital and banking interests have identified Sinn Féin’s growth as a strategic challenge to their hegemony.

An all-island economy under democratic control does not suit the EU and international finance capital.

Sinn Féin in government North and South would be counter to those interests.

However, a critical mass of support will be required to bring about political conditions whereby Sinn Féin could support a Programme for Government that delivers republican objectives in economic, political, constitutional and social terms.

That presupposes a unity on the Irish Left which shifts the electoral centre of gravity towards forming a coalition government with republican, Left and progressive programmes at its heart.

I have already called for serious political discussions between political activists, trade unionists and others on the ideas and strategies essential to achieve that.

A similar process should be taken forward in the North.

The Equality Coalition, trade unions, business and voluntary organisations have all suggested economic and social benchmarks for a future Programme for Government in a properly-functioning, power-sharing Executive. These important contributions should be included in the current negotiations.

The potential exists to solidify a political realignment in the South. Political discussions and agreement are needed on the required political and electoral alliances.

This will be challenging, given the history of political sectarianism and division across the Irish Left and trade union movement. But here’s the reality check: the Irish conservative right-wing – having colonised social democracy – has got its act together.

There should be political agreement to maximise transfers between candidates who support the Right2Change principles and fiscal framework.

That will mean agreeing appropriate electoral strategies and building popular support and momentum on this approach for change.

The Irish progressive Left has to consider carefully the consequence of failure to successfully challenge the dominance of Irish conservatism and its allegiance to EU Troika ideology.  It also needs to recognise and apply strategic lessons from the recent experiences of Greece, Catalonia and Portugal.

Electoral and political realignment should be our shared aim with decision-making conducted in a spirit of maximum pragmatism, maturity and fraternity.

The progressive Left in Ireland has an opportunity in the next general election to make important strategic and political advances. It should be embraced, not squandered.