The elephant in the room is that these unionist gangs (responsible for killing more than 50 people since they called their ceasefires in 1994) still operate and have been involved in violence, criminality and drug-dealing – and unionist politicians' eyes have hardly blinked

“We eschew all violence and criminality,” said the joint declaration rubber-stamped at a press conference attended by loyalist leaders Billy Hutchinson for the UVF-linked Progressive Unionist Party and Jackie McDonald for the UDA

Jonathan Powell, Tony Blair's former Chief of Staff and a key figure in the Irish Peace Process, has been working with the still-proscribed organisations in developing this new formation along with UKIP MLA David McNarry.

Powell flew in for the launch to add weight and credibility to the initiative. He said “it was a mistake to leave loyalism out in the cold” and insisted that the formation of the council was “a process, not an event”.

He reiterated that the Loyalist Communities Council would address criminality from loyalist paramilitaries.

“The misuse of loyalism for criminal purposes will not be tolerated,” he said before adding “the real test will be in how these undertakings are implemented.” 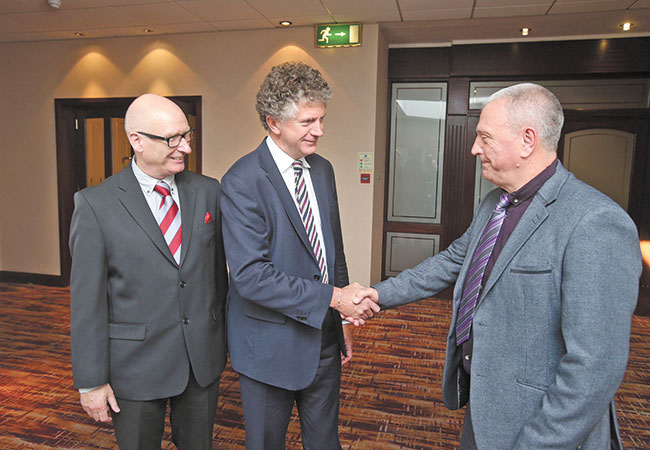 The Loyalist Communities Council will be made up by two members of each of the UVF, UDA and Red Hand Commando groups and will be chaired by the former senior aide to David Trimble, David Campbell.

As with nearly all loyalist initiatives, there is an accompanying 'wish list' and this one is no different.

According to media reports, in return for their move away from criminality, drug dealing, extortion and protection rackets, loyalists are seeking an input into future political talks, an end to “historic prosecutions” (thought to be specifically linked to the case of UVF “supergrass” Gary Haggarty, who is in custody at a secret location where he is said to have given the PSNI 10,000 pages of evidence implicating senior UVF and PUP members in murder and other offences), and additional community jobs and funds, including community based education and retraining projects.

The elephant in the room is that these unionist gangs (responsible for killing hundreds of people during the conflict, plus more than 50 killed since they called their ceasefires in 1994) still operate and have been involved in violence, criminality and drug-dealing – and unionist politicians' eyes have hardly blinked.

So at a time when the unionists have contrived a crisis over the IRA – which has gone away – we have DUP MP Jeffrey Donaldson giving a masterclass in understatement when he says  the new Loyalist Communities Council could be a positive step towards a more normal society.

“The fact that three paramilitary groups have given their backing to this initiative is a positive statement of intent that they are prepared to look at how we can move forward,” he opined.

Yet just last week, before news of this initiative leaked out, the UDA linked The Loyalist magazine, warned that the “UDA are still in existence and won't be leaving any stage”. 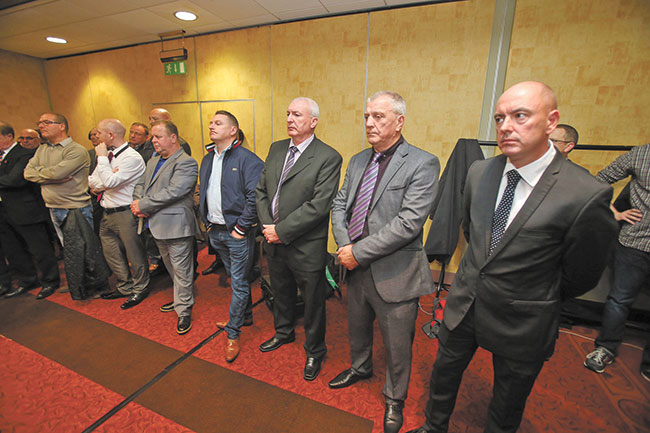 Many commentators saw the statement as a threat yet the DUP maintained that it would not “shy away” from working with such groups.

Presumably that means raising tensions up at Ardoyne over Orange marches and justifying the existence of 'Camp Twaddell'.

And as Gerry Kelly reminded us in his statement, the UDA shot Brian McIlhagga dead in Ballymoney, County Antrim, in January.

The UVF killed Bobby Moffat on the Shankill Road in May 2010 and the UVF in east Belfast was behind incessant attacks on the homes of residents of the nationalist Short Strand area.

Nor should it be overlooked that the renegade South East Antrim Brigade of the UDA has not signed up to this initiative.

Those involved in the breakaway unit have been responsible for numerous killings in the area that stretches from Glengormley in north Belfast to Antrim Town, including the death of 20-year-old postman Daniel McColgan. Daniel's recent inquest heard of suspicions that his killers were protected by the PSNI and that crucial evidence has gone missing).

This Loyalist Communities Council initiative should be welcomed although - with all the above in mind – it comes with a big health warning.