MI5 report – It’s all about elections 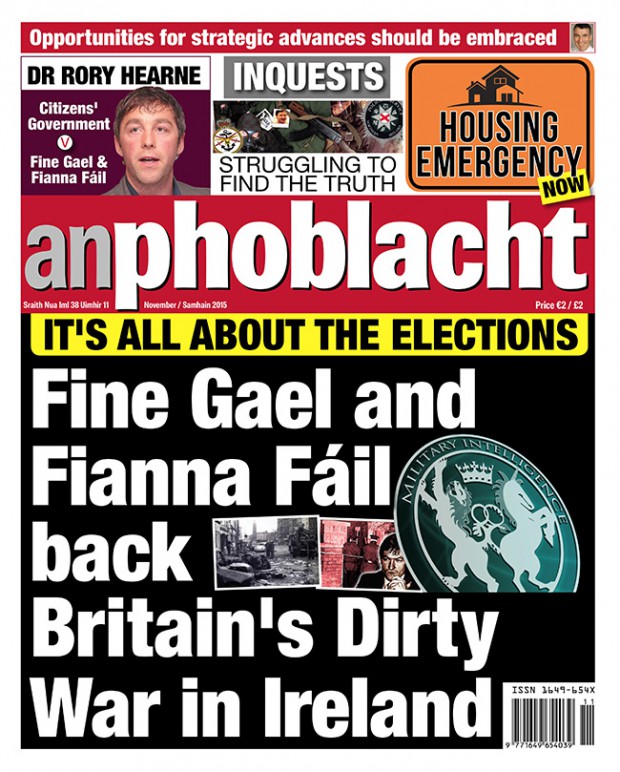 The agenda is clear, to damage Sinn Féin in the run-up to the elections. The election of a Sinn Féin-led government in the South is not a scenario they would contemplate

IN trying to understand the recent political outcry and media hysteria following the publication of MI5’s dodgy dossier on paramilitaries, the key questions are who benefits and to what ends.

The dossier is not the work of three individuals, it is clear from the covering letter that it is the views of MI5 and some elements within the PSNI, some of whom are continuing to fight battles long over and are pursuing personal vendettas.  But its genesis rests with the British Government.

The agenda is clear, to damage Sinn Féin in the run-up to the elections. The election of a Sinn Féin-led government in the South is not a scenario they would contemplate.

They dread the idea of an Irish government, which would be an advocate for Irish unity and which would hold the British government to account on agreements including the failure to address the Dublin and Monaghan bombings in 1974 and the Pat Finucane murder in 1989.

So a report is produced, devoid of evidence, and its allegations become indisputable truths for those politically opposed to Sinn Féin. And the carnival of reaction kicks in with Fianna Fáil, Fine Gael, Labour, the UUP and elements of the media.

Let’s be clear, the IRA is gone and is not coming back. Sinn Féin members and only Sinn Féin members set party policy.  And lastly, anyone involved in criminality must be dealt with by the criminal justice systems, North and South, and they have our full support in doing so.

British dirty tricks are nothing new, the reaction of the political and media establishment is nothing new. Sinn Féin will not be deflected from our historic objectives of standing up for the rights of citizens, and building an Irish Republic.