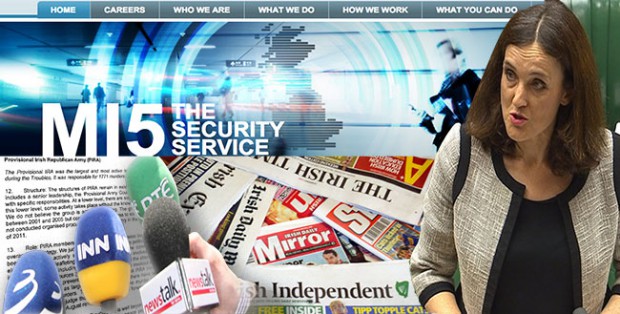 THE PROSPECT of Sinn Féin becoming part of an Irish Government that would have to be treated by Britain as an equal – and all that would entail in making Westminster accountable for the actions of its agencies, agents and death squads during the modern-day conflict – petrifies the spooks and political mandarins immersed in Britain’s ‘Dirty War’ and propaganda war down the decades.

For some of those behind the MI5/PSNI report, Paramilitary Groups in Northern Ireland – An Assessment Commissioned by the Secretary of State, the war will never be over either for personal reasons of loss during the conflict or political opposition to the Irish republican project. For those who may question this notion, remember that the then Ulster Unionist Party leader, James Molyneaux, described the IRA cessation in 1994 as one of the most destabilising events for the Union since partition.

The MI5/PSNI-authored report shows that there are still elements of British Intelligence and other state agencies fighting a rearguard action to try and stop the rise of Sinn Féin. And if this requires the democratic framework to suffer the possible long-term collateral damage of collapsing the power-sharing institutions in the North, then so be it.

The MI5/PSNI ‘assessment’ that the IRA exists and that the Army Council exerts influence over Sinn Féin is a partisan, self-serving exercise by the British Security Service and the PSNI.

Unfortunately, within the new policing dispensation, a small rump of their intelligence branch still view republicans as the enemy.

The report is clearly aimed at Irish republicans but thinly disguised with ‘analysis’ of the Irish National Liberation Army and the unionist paramilitary organisations, the Ulster Volunteer Force and Red Hand Commando, the Ulster Defence Association and Ulster Freedom Fighters, the breakway South-East Antrim UDA, and the Loyalist Volunteer Force. There’s no mention of the DUP-linked Ulster Resistance, which brought in the weapons from apartheid South African and never decommissioned or disbanded, or the ‘Official IRA’, which has shot several people in Belfast and Newry in recent years and months and killed a man in Belfast last year. (The ‘dissident republican’ groups that have been heavily infiltrated by British agents are not covered by this report.) 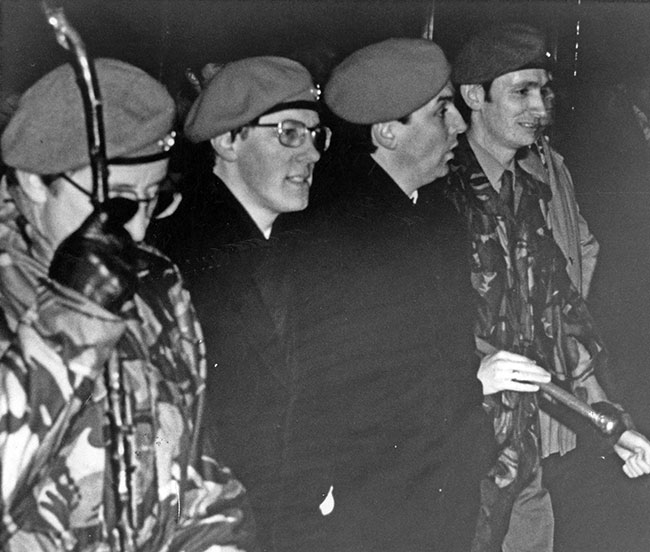 The critical faculties of journalists feeding off this report have been jettisoned in pursuit of a juicy story with which to attack Sinn Féin.

The professed impartiality of opinion makers in the media has been shredded by their unquestioning acceptance of the credibility of its authors – the spooks of MI5 and the PSNI.

Any real journalist worth their salt would have to question not only the source but examine the strength of the evidence. The MI5/PSNI report was taken and regurgitated by a compliant Irish media as fact when an even cursory scan of the ‘intelligence’ report showed it was short on facts and very long on hearsay and conjecture.

If any journalist had bothered to read down to the end and the “note on the underpinning intelligence” and “Annex - Ml5 and PSNI intelligence-gathering sources/tools and mechanisms of oversight”, the alarm bells might have rung for any reporter concerned for their credibility.

The MI5 and PSNI authors confess that their “intelligence-gathering sources/tools” include “eavesdropping in someone’s home or other premises”; “Covert Human Intelligence Sources", also known as ‘agents’, any human source able to provide secret reporting on individuals of interest; “community information”; and “open source (like the Internet)”.

So, this report compiled for the British Government for Britain’s top spy agency relies on surfing the Internet, Facebook, gossip and “secret reporting” by informers (paid agents) whose rewards and protection depend on them still being of value to the people who pay them for information on the IRA (even if there is no IRA any more!).

In its section on the IRA, MI5/PSNI claim:

“PIRA members believe that the PAC oversees both PIRA and Sinn Féin with an overarching strategy.”

Now, even if you accept the claim that the Army Council and IRA members still exist (which we don’t), what individual members might “believe” is hardly the firm basis for an intelligence report. Individual members of the US Army may think Barack Obama is part of a global Muslim plot but would that make it true?

And political opponents who stand by the MI5/PSNI ‘analysis’ have another problem when it says:

“We judge this strategy has a wholly political focus. It is our firm assessment that PIRA’s leadership remains committed to the Peace Process and its aim of achieving a united Ireland by political means.”

“No one can control Sinn Féin but the Sinn Féin membership, There is a suggestion Sinn Féin is controlled by some outside body or group; we are not.”

There is no space for armed groups, he said.