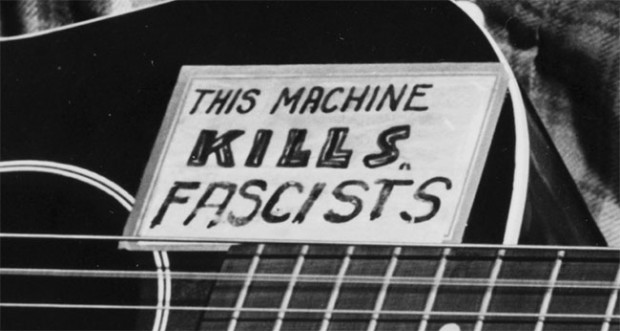 What makes a good political song? A rousing chorus, a theme we can all rally around, a simple message? You could claim that there is a formula but that doesn’t explain Billie Holiday’s Strange Fruit or the many attempted political songs that fail, some miserably.

A CONFESSION. It took The Special AKA on Top of The Pops in 1984 to fully acquaint me with the plight of Nelson Mandela.

Political songs can change your life; political pop can change a whole generation. The message of a political song can have a huge audience impact, though in this era of smartphones the power of Spotify and its competitor clones to stunt musical choice has diminished the impact of music compared to the 20th century world of mass radio with record players and TVs in every home.

The power of music explains why so many songs have been banned, whether it was the Sex Pistols in 1976 or the video for the Police’s Invisible Sun in 1981 (it showed images of the H-Blocks of Long Kesh). The BBC created a “Do Not Play” list during the first Gulf War in 1991, and Clear Channel did something similar across their 1,200 US stations in 2001 after the 9/11 tragedy.

Great political songs are timeless and have meaning to every generation. Who could listen to Dylan’s The Times They Are A-Changin’ or Masters of War and not think it had relevance to the present day? Bob Marley’s Redemption Song or Get Up, Stand Up are similar anthems.

What makes a good political song? A rousing chorus, a theme we can all rally around, a simple message? You could claim that there is a formula but that doesn’t explain Billie Holiday’s Strange Fruit or the many attempted political songs that fail, some miserably.

In the not so great (okay, pretty crap) camp would be Simple Mind’s Belfast Child, the 1986 Self Aid Let’s Make It Work (a rare blunder for Christy Moore). Then there are the endless reboots of Feed the World. It worked once, just. There were real stars with a musical pedigree. It was a unique moment that has been tarnished now.

Dylan, Lead Belly, Woody Guthrie, Jackson Browne and Christy Moore could all have multiple entries on any top list of political songs though I have left out Browne’s Before the Deluge, brilliantly covered by Moving Hearts. In the case of Dylan you can easily hit double figures when you count songs like The Lonesome Death of Hattie Carroll, A Hard Rain’s Gonna Fall, and The Hurricane.

So picking a ‘Top Ten’ was not easy, and there were a lot of songs that don’t make the cut. Yes, I know the list is Anglo dominated but the An Phoblacht Editor won’t fund my Spanish/French/Farsi lessons!

Not making the 10 were Neil Young’s Rockin’ in the Free World. Two Elvis Costello songs were considered, but Oliver’s Army and Shipbuilding didn’t make it. Billy Bragg’s Between the Wars was considered.

In the ten, Gil Scott Heron’s The Revolution Will Not Be Televised is still a stand-out tune. It should be on the school curriculum and shows up the weaknesses of contemporary rappers and their monologues about guns, pimps and drugs as the paltry dishwater they are. Public Enemy just missed the cut, though they would be in a top 20.

The Dubliners popularised Joe Hill but listen to Paul Robeson own it and you will understand why he is on the list. Billie Holiday’s version of Strange Fruit took the three-minute song to a new level in the intensity of the understated delivery and the sheer power of simple language that exposed the rotten reality of racism in the post-World War Two United States.

The Special AKA’s Free Nelson Mandela is politics you can dance to.

There were so many Woody Guthrie tunes to pick from but, in the decades since it was written, This Land Is Your Land is perhaps the most enduring. His sometime musical road partner, Leadbelly, also wrote many tunes that could be included here but Bourgeois Blues is the one for me.

Tracey Chapman’s emergence in the 1980s showed the enduring impact of a powerful singer on stage with just a guitar. Lucky for us, Ronan Keating hasn’t covered Talkin’ Bout a Revolution as he did with Baby, Can I Hold You?

We couldn’t leave out John Lennon’s Imagine. It just says it all, and maybe now more than ever.

Finally, it was hard to decide which Bob Dylan song to pick. There had to be at least one entry of his in the Top Ten. This gets in on account of the song being covered so many times, and Neil Young’s 1991 live version with Crazy Horse a stand out for me.

All of these tracks can be found online. So get listening before ‘The Man’ decides to ban them there too.