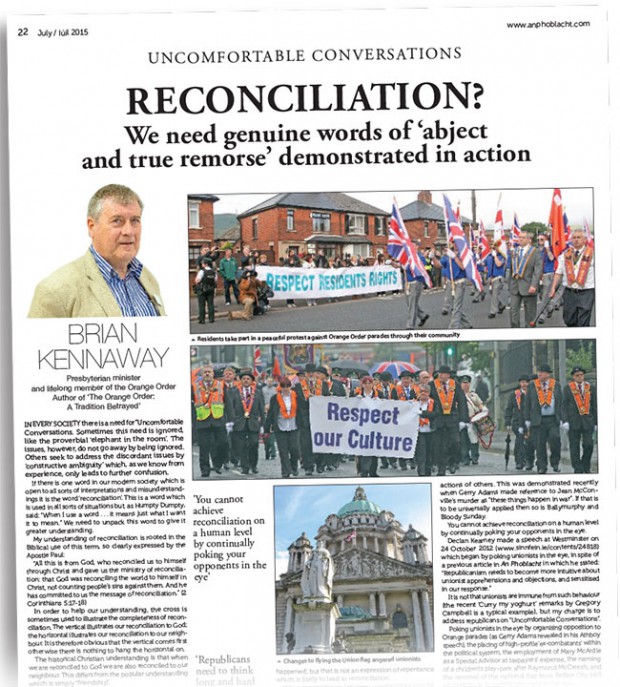 As republicans, we should have no issues or hang-ups acknowledging all hurt, all grief and lost lives

• John Loughran, from north Belfast, has been a Sinn Féin member since 1996. He is currently involved in the Uncomfortable Conversations initiative and is a member of the party working group on Legacy. He sets out some personal views on the need for republicans to seek out unheard voices and to acknowledge all hurt, all grief and lost lives.

SINN FÉIN National Chairperson Declan Kearney launched the Uncomfortable Conversations initiative in March 2012. In the foreword to a subsequent publication, Gerry Adams stated: “Republicans have to address the genuine fears and concerns of unionists in a meaningful way.”

This is the central thrust of the Uncomfortable Conversations initiative. It is also recognition that republicans must be prepared to do more if we are to meaningfully contribute to the process of healing and national reconciliation.

In the July 2015 edition of An Phoblacht, Orange Order member Reverend Brian Kennaway basically challenged republicans “to think long and hard about their words and actions if they want to be taken seriously”. It is easy to dismiss the opinions of others but that’s to miss the key focus of the Uncomfortable Conversations initiative. The opportunity to listen to others must not be squandered. For new understandings and new attitudes to take hold we must consider embracing the Kennaway baseline as a starting point.

As republicans, we should have no issues or hang-ups acknowledging all hurt, all grief and lost lives. Our challenge is to create the conditions and the public space to discuss with the broader unionist community the origins, legacy and aftermath of conflict.

Republicans must also see the Uncomfortable Conversations initiative as an opportunity to seek out the unheard voices. This is an opportunity to seek out a focused and sustained dialogue with loyalists. They too have a contribution to make to the Uncomfortable Conversations initiative. Their voices must be sought in this debate.

“We should recognise the healing influence of being able to say sorry for the human effects of all actions caused during the armed struggle.”

More recently, at the Derry Gasyard Féile, Declan Kearney further acknowledged “without exception” the loss and pain of the conflict and regretted that it could not be undone, stating:

“I am sorry for the pain experienced by the RUC family during the war, the suffering caused to the unionist section of our community, the human tragedy of the Shankill bomb being one instance of that.”

These are big words. They are words of affirmation and acknowledgement. They are words that are offered with humility. Notwithstanding the legacy of oppression visited on the republican community, it is vital that in all engagements that republicans are acutely aware of the profound impact of the conflict on people from the unionist community.

As part of the Uncomfortable Conversations initiative, republicans must also seek to provide a context or a reference point to our conflict that does not diminish the pain, hurt and loss of others but provides a political explanation to a war situation in which choices were made that had such devastating human consequences. 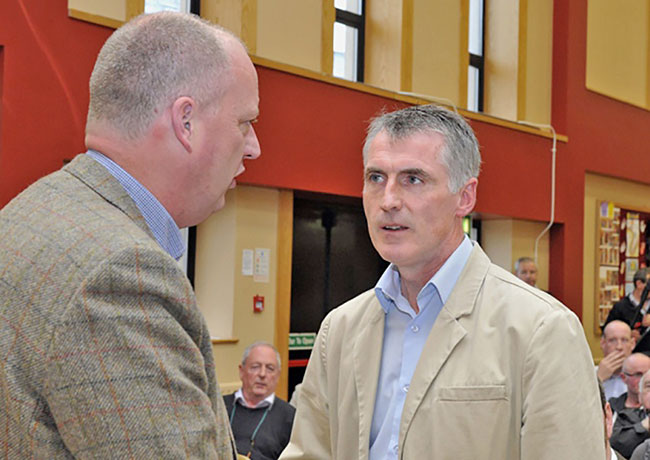 While the Uncomfortable Conversations initiative will present challenges to republicans, we have no choice but to engage with the legacy of the past.

It is also true that others outside of the republican community are openly receptive to contributing to the Uncomfortable Conversations process. In recent times, the PSNI Chief Constable has shown himself to be up for the Uncomfortable Conversations. Loyalism too has just published its own truth recovery contribution. Engaging these voices too must be part of focused republican engagements.

In posing the uncomfortable questions to others, republicans too must be receptive to engaging and answering the uncomfortable questions from those bereaved and injured by republicans in the conflict. This will require building on significant efforts by the IRA leadership to recover the remains of “The Disappeared” and the statements of acknowledgment on the 40th anniversary of the Claudy bomb when Martin McGuinness stated:

“The deaths and injuries caused in Claudy on 31 July 1972 were wrong. The events of that day were appalling and indefensible and they should not have happened.”

While republicans have nothing to fear from engaging in legacy debates, it will mean emotionally going to places and engaging with others who also suffered in the conflict. There will, of course, be many barriers and obstacles ahead as Martin McGuinness appreciated when he acknowledged there are huge challenges ahead, not just for the police, or state forces, or the British Government – there are also huge challenges for republicans”. Significantly, he affirmed that republicans are up for the challenge, particularly around engaging with the legacy mechanisms contained within the Stormont House Agreement.

So when Brian Kennaway challenged republicans “to think long and hard about their words and actions if they want to be taken seriously”, we can tell him we are.