The past – securing truth, accountability and acknowledgement 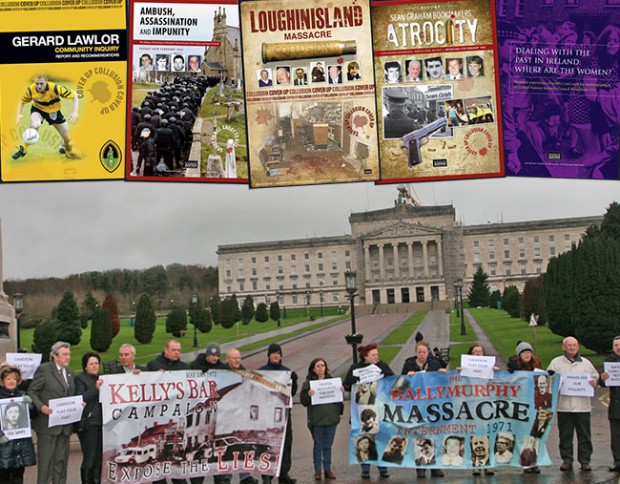 THE Stormont House Agreement is a promise to society that we will at last make a concerted effort to deal with our painful past and address outstanding matters for victims of conflict.

The four-stranded approach, along with a commitment to victims’ services, is an approach rooted in the international frameworks for transitional justice which have four pillars – truth, justice, reparations and a commitment to non-recurrence.

We have had a long journey to this place of political agreement on this form of comprehensive and strategic approach to the past. The Stormont House Agreement framework draws directly from the proposals of the Consultative Group on the Past (Eames/Bradley) and from the agreement that unionists rejected (Haass/O’Sullivan).

What has kept the issue live and made the once-deemed impossible possible is the tenacious approach of families.

Families bereaved by conflict from across the community have refused to be told to draw a line under the past and have doggedly pursued what they know to be true – that dealing with the past is a  contributor to peace. The local agencies and the two governments have realised that families are not going away, that these agencies and governments will continue to be held accountable for their actions (and many times their lack of action) in domestic and international courts. This brings a real scrutiny to the value of our peace agreement and our transition.

That it is bereaved families, who simultaneously cope with grief and trauma, while they devise and direct legal strategies that have created this environment is a real testimony to their courage and contribution.

The mechanisms outlined in the Stormont House Agreement are  undoubtedly the most positive framework to date for the majority of those bereaved by our conflict. It offers the only opportunity for thousands of families to secure truth, accountability and acknowledgement. These families live with the knowledge that there are international legal obligations for all concerned to deliver these very basic rights to them but that securing these rights has proved consistently elusive. 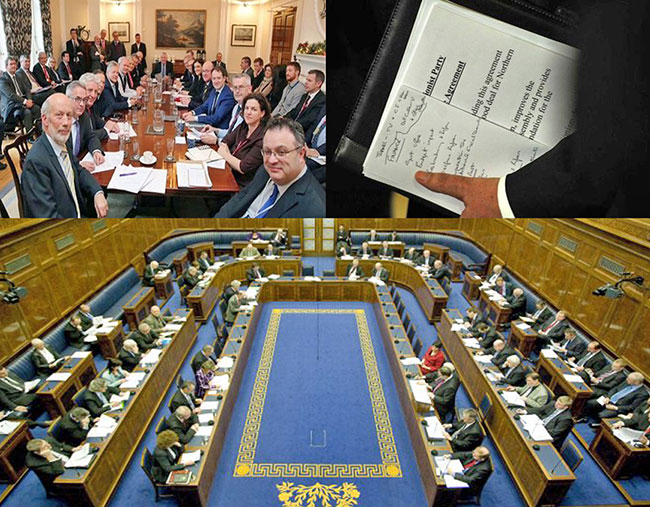 Not only has the failure to deal with the past to date contributed to the ongoing pain of families denied truth or accountability, the past has begun to infect our newly-built institutions. That realisation has also added to the real impetus to make the Stormont House Agreement work.

Undoubtedly the time has come to deal with the legacy of our past.

In the past few weeks, a number of tabloid media outlets have deliberately misrepresented strands of the Stormont House Agreement, in particular the Independent Commission for Information Retrieval.

Firstly, there is the lie that the private nature of this process was hidden.

Secondly, there is the misrepresentation that the Stormont House Agreement represents an amnesty for those responsible for deaths.

This deliberate form of intervention to undermine the Stormont House Agreement, while intentionally exploiting the grief and horrific experiences of those bereaved, really does not serve any interest other than the vested interests of those who would rather that we never deal with these issues and leave victims to suffer. It presents as though it is highlighting victims’ interests when actually it is working against them.

The commitment in the Stormont House Agreement to sort out the inquest system is one that is long overdue.

The under-resourcing of and deliberate non-disclosure and destruction of evidence to inquests is a deliberate and strategic British state tactic in the face of an accountable, devolved inquest system. The Stormont House Agreement will enable the Assembly to resource the coronial process, enabling it to function in an open transparent and compliant manner. Against this backdrop, that delay and prevarication by those who do not want the past addressed must be viewed.

The window for legislating on all of these matters is open right now. But it will close mid-autumn. We must all ensure that we are focused on ensuring that the measures to deal with the past are implemented. We must ensure that the independence and accountability built into it are secured. And we must ensure that victims are no longer the subject of cynical manipulation by vested interests whose only concern is cover-up and the perpetuation of pain.