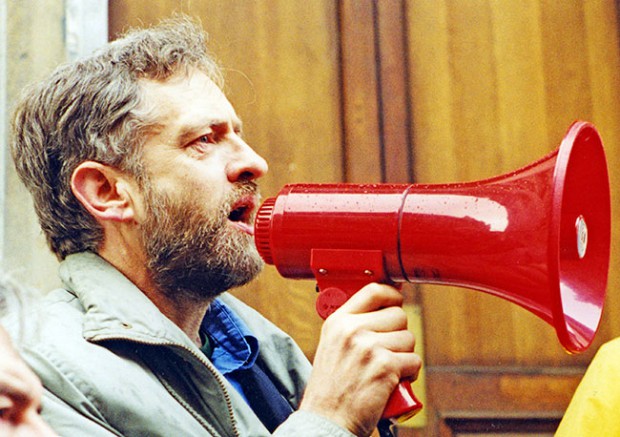 JEREMY CORBYN’S ELECTION as British Labour Party leader was, by almost universal agreement, a political earthquake of historic proportions. Not only did he go from rank outsider to odds-on favourite in the space of a few short months, he did it with an unparalleled majority, with almost 60% of the vote – surpassing even Tony Blair’s vote of 57% when he was elected. And in this election Jeremy Corbyn won more than a quarter of a million votes of members and supporters, with around half a million taking part, winning a majority in every section.

As Seumas Milne wrote in The Guardian: “There is no parallel for such a dramatic democratic upending of official politics in Britain.”

The campaign was also distinguished early on by the sheer numbers of people flocking to meetings in their hundreds and thousands and many joining the party. Since Corbyn’s election, some 50,000 people (and counting) have joined Labour.

The massive numbers of people mobilised by the movement, and so soon after the Tories’ election victory, clearly represents the scale of opposition to austerity and the resonance of Jeremy Corbyn’s progressive left message: for a clear alternative, for a more equal, just and peaceful society.

Despite the false assertion by many in the right-wing political and media Establishment that the general election was an acceptance of Tory policy and that Labour were too left-wing, the reality was that just 24% of the electorate actually voted Conservative – hardly a resounding mandate.

The Tories were able to steal the election precisely because Labour did not sufficiently galvanise opposition to it, with no clear alternative. Far from being too left-wing, Labour’s central premise to stay within Tory spending limits rendered it incapable of putting forward the policies needed to convince people they would improve their living standards.

Anti-austerity is at the core of Jeremy Corbyn’s message and, for the first time since the election, people have been given an alternative – and the chance to express support for a more progressive way forward. In a nutshell, “Corbynonmics” argues for investment to stimulate growth, in particular state-led investment, to rebuild essential housing, invest in the welfare state, the National Health Service and many other measures -- as opposed to the regressive downward spiral of cuts, low wages, a race to the bottom, and attacks on the welfare state and most vulnerable. Jeremy Corbyn’s absolute rejection of racism and primacy of equality has also positively impacted the debate.

Since his election, the highly predictable right-wing attacks on Corbyn have intensified to ridiculous proportions. Again, at the heart of this is the absolute hostility to the idea that a mainstream political party leader, with potentially growing support in the population, will pursue an anti-austerity agenda.

Since his election, Jeremy Corbyn has made clear his intention to both unite the Labour Party as much as possible and to continue with his core economic policies. He was successful in putting together a broad Shadow Cabinet and (for the first time in history) with a majority of women members. The appointment of John McDonnell as Shadow Chancellor also indicates that “Corbynomics” are here to stay.

For the Peace Process in Ireland, the economic policy is of key importance. Labour’s huge achievement of the Good Friday Agreement has been threatened by Tory mismanagement and disengagement. It has been seriously undermined over the past five years of Tory-led coalition and now Tory Government. The failure to fulfil its co-responsibility as guarantor of the Agreement, and the imposition of damaging cuts and attempts to drive through punitive welfare reforms have created serious problems and destablilisaion. The Tories still approach the North as if Belfast is as British as Finchley, and the Tory leadership has shown scant disregard for any advice to the contrary, intent on driving through their ideological cuts agenda.

The key issue now for Labour and for all of us who support the Peace Process is the defence of the Good Friday Agreement. Secondly, is an understanding of the devastating and dangerous impact of Tory austerity in the North and why this has to end. Advancing the Good Friday Agreement and an an alternative to austerity are the core policies which Labour should advance in relation to the North.