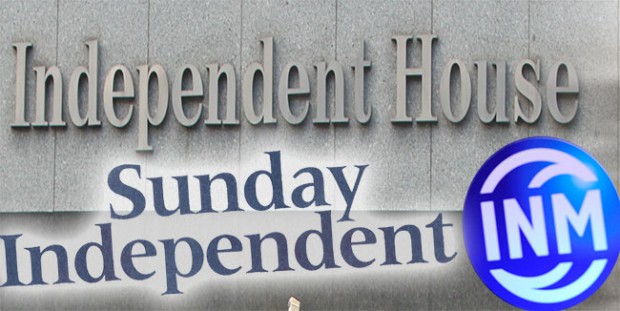 WHILE political cynicism and a sordid grab for votes by even the foulest of means explains much of the hysterical assault on Sinn Féin by the Southern political Establishment in recent weeks, there are underlying issues that expose deeper motivations for Fianna Fáil, Labour and Fine Gael.

Fianna Fáil and Labour in particular are terrified that Sinn Féin is attracting the working-class votes that these parties once enjoyed, and that this is a long-term trend rather than any short-term, isolated event.

They are manifestly unable to argue the political case against Sinn Féin since that political case would have to be one of justifying austerity and the unequal society that their policies have produced.

And as these assaults have less and less impact, with the contrived nature of the current crisis becoming more and more apparent, Fianna Fáil and Labour spokespeople get more and more frantic and totally ignore or disregard the impact of their words on the Peace Process.

It is ironic that, amongst Establishment figures, it was left to Fine Gael’s Simon Coveney to warn against going too far with the attacks on Sinn Féin, while the party of Bertie Ahern (who played a crucial part in bringing about the Good Friday and St Andrews agreements) came out openly behind the DUP’s effort to have Stormont suspended.

But the question arises as to why the Peace Process and the possibilities of democratic advance in the North are of so little concern to these parties.

James Connolly, of course, pointed out that the Irish working class were the only incorruptible inheritors of the fight for Irish freedom, and the reason was that the mass of the people have no profits to defend that might be placed in jeopardy if we stood up to Britain and the European Union.

And Connolly also pointed out that partition would lead to a “carnival of reaction” on both sides of the Border, and so it has turned out.

For the Southern propertied classes, any attempt to unite the country was fraught with the danger that the war could be brought “down here” or (even worse for them) that a united working class might set aside sectarian differences and build a real republican alternative. 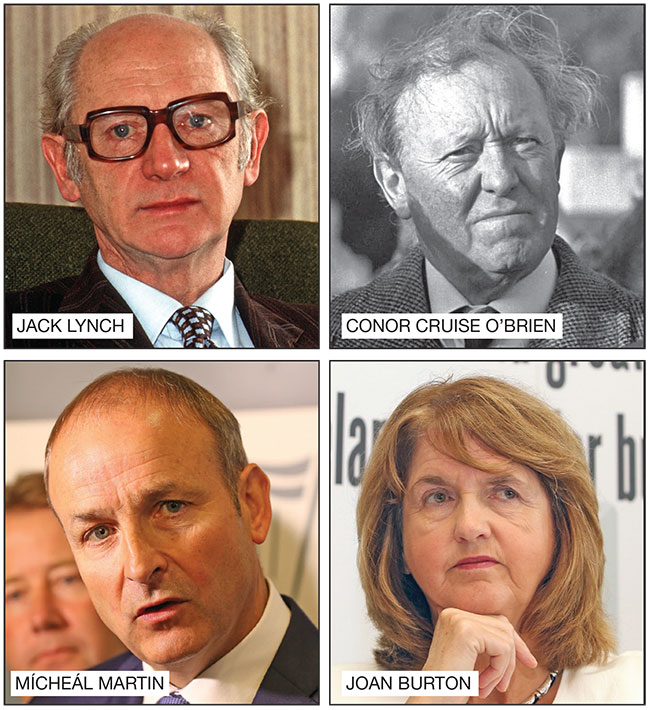 Thus, up until the 1960s, the Southern establishment was happy to indulge in verbal aspirations for reunification but got increasingly frightened when the Civil Rights movement exposed the vicious reality of Northern politics as the old system fell apart in conflict.

The real thrust on which the Southern parties agreed was that overt discrimination should stop in the North and that there would be economic and social co-operation North and South.

For them, the Good Friday Agreement was not the stepping stone to a united Irish Republic (which Sinn Féin has championed) but an end in itself.

Sinn Féin’s success in becoming the dominant nationalist party in the North and in challenging seriously for political hegemony in the South has changed the game as far as the Southern Establishment is concerned.

The current Irish Government, despite many warnings, has ignored its responsibilities as co-guarantor of the Good Friday and St Andrews agreements. And Mícheál Martin and Joan Burton unashamedly do their damnedest to row in behind the unionists.

But another question arises here: where do the Independents, and the plethora of smaller parties and groupings stand on the Peace Process and on the democratic right of national reunification?

The test of any party’s genuine commitment to democratic principles can be found in how they respond to these questions.

Because Irish unity is not just something that would help rescue the people of the North from the death-grips of sectarianism and of subservience to British imperialism, it is also a necessary part of the liberation of the working people of the South from a society which thrives on division and exploitation.