The next six months 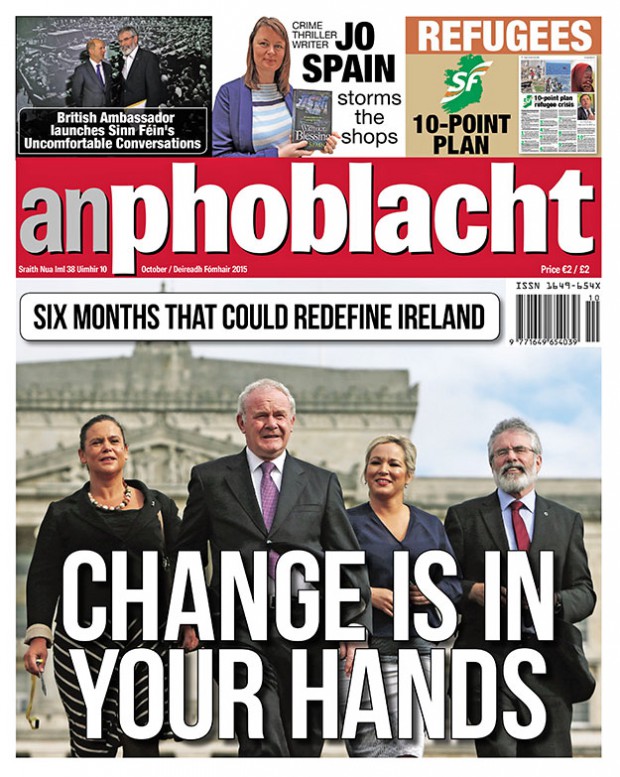 The Government of Fine Gael and Labour gave itself a vote of confidence in the Dáil. If it believes it deserves the confidence of the public, it should test it by calling a general election now.

THE NEXT SIX MONTHS will be crucial for the future of Ireland, North and South.

In the North, we will see if the unionists are truly committed to sharing power with their nationalist neighbours, if they will accept the concepts of equality and respect.

We shall also see if the British and Irish governments exercise their responsibilities as co-guarantors of the Good Friday Agreement – they are not interested bystanders.

The agreements, institutions and public services are being undermined by the Tory Party and by inter-unionist rivalry.

It is a critical time for all those who support the agreements and progress to stand together, to resolve the current issues, to have the institutions up and working, and to deliver a workable budget.

Tory cuts in the North mirror the austerity doctrine of Fine Gael and Labour in the South.

The Government of Fine Gael and Labour gave itself a vote of confidence in the Dáil. If it believes it deserves the confidence of the public, it should test it by calling a general election now.

The Fine Gael/Labour Government is on its last legs and becoming more desperate in its attacks on Sinn Féin to the point where its leaders (and Fianna Fáil) are willing to undermine hard-won progress in the Peace Process in the North. They sought a suspension of the democratic institutions at the behest of unionists. The Fine Gael/Labour Government has no strategy or plan to enact the international agreements the Irish Government is obligated to defend, uphold and progress.

There will be an opportunity in the next six months for the people in the South to elect a Sinn Féin-led government.

The next six months will also mark the centenary of 1916 .

The greatest tribute to the men and women of Easter week is to make good the promises made in 1916 – how, in government, North and South, we end inequality and poverty; how we end the crony politics that benefits the elites; how we establish a system of fair taxation.

How we cherish all of the children and deliver a united Ireland and a true republic.

The next six months are full of opportunities to deliver real and fundamental change.

Sinn Féin is up for the challenge.