Onus on British and Irish governments as well as parties 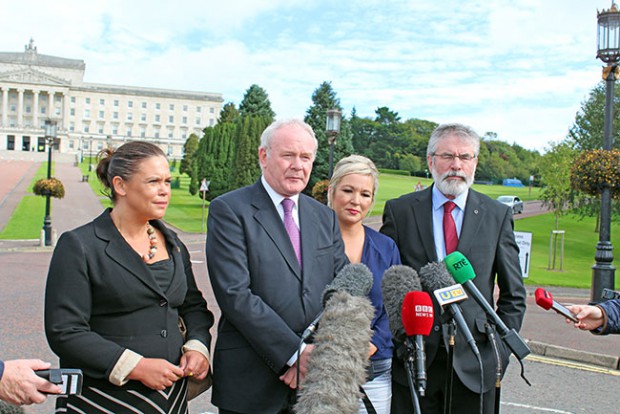 • Sinn Féin's Mary Lou McDonald, Martin McGuinness, Michelle O'Neill and Gerry Adams speak to the media at Stormont at the start of the talks

‘Whatever reservations Sinn Féin may have about the role and involvement of the British security agencies, these are secondary to the resolution of the crisis in the political institutions’ – Gerry Adams

TALKS are currently underway at Stormont to try and find a resolution to the current challenges facing the political institutions and to secure a workable budget for the Executive.

The talks began on Monday 22 September at Stormount House, the venue for the previous round of negotiations which led to the agreement of the same name last December.

This followed weeks of political wrangling by unionist parties and the British Government in the aftermath of the killings of Gerard ‘Jock’ Davison and Kevin McGuigan in Belfast in May and August respectively.

Both unionist parties attempted to appear hardline by focusing on the non-existent IRA, ignoring public denials from the Sinn Féin leadership and others, and continued their efforts to foster a crisis.

UUP leader Mike Nesbitt acted first and announced that he was withdrawing his party’s sole minister from the Executive on 29 August.

The DUP followed suit on 10 September when party leader Peter Robinson announced that he was stepping aside as First Minister and that his ministerial team would be resigning, with the exception of Arlene Foster, who remained in place as acting First Minister and Finance Minister. She angered many nationalists further when she said she was being left in place as a “gatekeeper” to deter actions by what she called “rogue” ministers from Sinn Féin and the SDLP.

In a bizarre twist, the DUP leader announced that his ministers would be reappointed and then resign almost immediately, leaving key ministries such as Health without an incumbent. 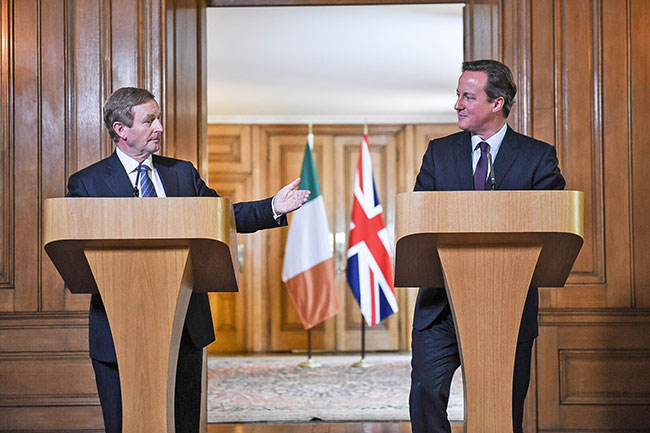 Unionists also insisted that a new body be set up to monitor the activities of armed groups and criminal gangs. While Sinn Féin argued that such a body was unnecessary and would be a waste of resources, Martin McGuinness made it clear time and again that Sinn Féin opposes criminality in all its forms.

“We will work with the other parties to tackle the issue of armed groups which want to drag us back to the past, including active unionist paramilitaries and armed republican dissidents, and organised criminals who are a blight on the community,” he said.

“Whatever reservations Sinn Féin may have about the role and involvement of the British security agencies, these are secondary to the resolution of the crisis in the political institutions, including securing agreement around a workable budget, the creation of sustainable institutions, and the implementation of the Stormont House Agreement.”

After a series of meetings between the British Government’s representative, Secretary of State Theresa Villiers, Irish Foreign Affairs Minister Charlie Flanagan and the political parties, it was agreed to hold a full talks process to address the outstanding difficulties facing the political process.

Ahead of the first day of talks, Martin McGuinness said Sinn Féin was entering the negotiations to secure a workable budget for the Executive and to resolve the outstanding issues facing the Executive.

The deputy First Minister also said the British Government is responsible for the budgetary difficulties and it therefore has a responsibility to address them.

“For these talks to be successful there is an onus on all parties to demonstrate creativity, imagination and generosity, particularly on the two governments.

“The British Government created the current budgetary crisis and must play a full and positive part in resolving this issue so that the Executive has a workable budget that will defend frontline services and protect the most vulnerable in society,” he said. 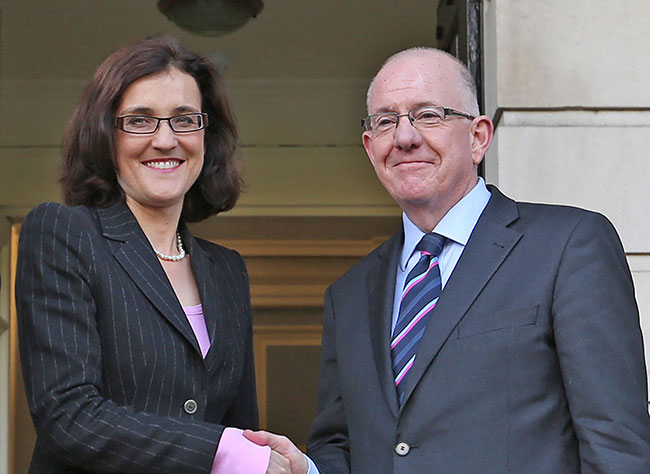 Martin McGuinness added that the Irish Government cannot shirk its responsibilities in the current talks process.

As talks got underway, Conor Murphy MLA called on the British and Irish governments to play a constructive role and live up to their responsibilities as co-guarantors of the Good Friday Agreement.

“There was a unanimity among all the Executive parties in terms of our approach to the British Government during this morning’s discussions.

“All parties made it very clear that the ongoing impact of Tory austerity policies and the prospect of further cuts is creating a very real difficulty in terms of fulfilling our programme for government commitments.

“The governments need to realise they have to play a constructive role in bringing a resolution to these issues,” he said.