Féile an Phobail – Festival of the People

It was in response to the demonisation of west Belfast that community activists, under the auspices of Sinn Féin President Gerry Adams, then the local MP, that the West Belfast Festival – or Féile an Phobail as it became known – was established.

AS FÉILE AN PHOBAIL brings the curtain down on its 27th year, An Phoblacht’s PEADAR WHELAN looks back on what gives Féile its unique character.

He recalls the roots of Féile in the bloody events of March 1988 while also comparing the positivity of Féile and its objectives to the negativity of the unionist ‘marching season’ and Eleventh Night bonfires, and the anti-community actions of those burning fires in nationalist areas on 9 August under the guise of commemorating internment. 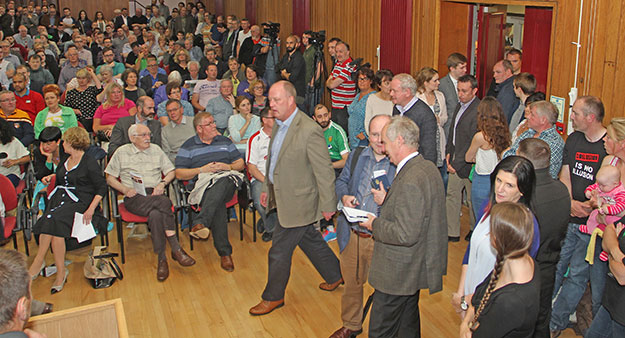 • PSNI Chief Constable George Hamilton and Deputy First Minister Martin McGuinness arrive at St Mary's auditorium for Féile an Phobail's 'Will the questions of the past ever be answered?' discussion

MARCH 1988 was a month in which the conflict in the North of Ireland shocked people  around the world and brought home to many, both in Ireland and abroad, the viciousness of the war.

The very public nature of the assassinations of IRA Volunteers Mairéad Farrell, Dan McCann and Seán Savage in Gibraltar by the Britain’s elite Special Air Service (SAS), and the subsequent carnage caused by unionist Ulster Defence Association killer Michael Stone when he bombed mourners in Milltown Cemetery as the IRA trio were being buried, was captured by an international media corps attracted to Ireland for the funerals.

Three mourners – Thomas McErlean and John Murray and IRA Volunteer Caoimhín Mac Brádaigh – were killed by Stone and as Caoimhín’s funeral took place on 19 March two armed British soldiers in civilian clothes drove into the cortege, sparking fears of another attack by unionists. The pair were set upon by mourners and, when their identity was discovered, they were shot dead by the IRA.

The British and Irish Establishments (including the churches, the SDLP and the media) vilified the people of west Belfast with then British Secretary of State Peter Brooke branding the area and its people “a terrorist community” while ignoring the real fear felt by people in the aftermath of the killings of mourners in Milltown Cemetery.

Dozens of people were arrested and questioned and up to 60 charged in relation to the attack on and subsequent killings of the two British soldiers.

A fifth IRA Volunteer killed in action that same month was Kevin McCracken, from Turf Lodge, while a further two nationalists were killed by unionists. The IRA killed a member of the Royal Ulster Constabulary in Derry. The IRA also killed civilian Gillian Johnston in Fermanagh.

It was in response to the demonisation of west Belfast that community activists, under the auspices of Sinn Féin President Gerry Adams, then the local MP, that the West Belfast Festival – or Féile an Phobail as it became known – was established.

That the needs, aspirations and interests of the community were foremost in the minds of the organisers is outlined in the foreword to the publication Féile: A Week in the Life of West Belfast, produced after the first festival of August 1988:

“The objectives of the festival were threefold. Primarily we wished to provide a well-deserved week of fun for a people and an area forced to endure high unemployment, bad housing, a lack social amenities and abuse, both verbal and physical, from a hostile media.

“Secondly, we wanted to highlight the positive and culturally rich side of West Belfast – to show the true image of ourselves as builders, contributors, developers and self-helpers – and to heighten our sense of pride and identity.

“Finally we felt that it was important to give a more constructive expression of the area and its people during this politically intense period around the anniversary of internment – a time when many people, especially children, have been seriously injured by plastic bullets, with several fatalities.”

The events of March 1988 were a watershed as they heralded an initiative that saw August become a month of celebration and joy. New ground was broken.

Communities challenged the thinking that burning large bonfires and tyres polluting our environment was the way to ‘remember’ internment. Street parties and fun days were to become the order of the day.

So, a year later, in 1989, when the RUC shot and killed young Seamus Duffy (15) with a plastic bullet in the New Lodge area of north Belfast, the need for further change was underlined.

From the outset, Féile represented a culture of change that forced people to think about struggle in a different way and opened people’s eyes to outside influences.

The international dimension to Féile, which sees social, political and community activists from across the world come here to bring their experience of struggle to us, is always enlightening. 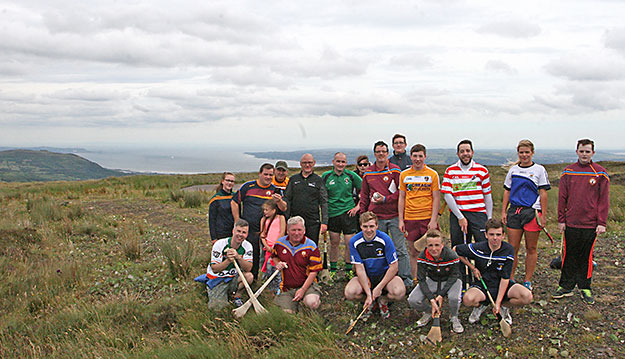 This year, representatives from the SYRIZA party in Greece attended and outlined their strategies trying to resist austerity.

The talk given by Ilan Pappé, a fierce critic of Israel, was brilliantly enlightening while the campaign calling for the release of the Basque leader Arnaldo Otegi was given a boost at a packed meeting in St Mary’s College.

Controversy has always been something that has followed Féile. This year was no exception.

The booking of star comedian Frankie Boyle prompted protests by some families because of his jokes about people who have Down’s syndrome. Subsequent meetings between Féile organisers and the protesters resulted in a public expression of regret by Féile and “effective measures that Féile would put in place to avoid a situation like this arising in the future” saw Boyle’s show go ahead in front of an audience of more than 2,000.

And the invitation to Police Service Chief Constable George Hamilton to join a West Belfast Talks Back panel (including Sinn Féin deputy First Minister Martin McGuinness), on the theme ‘Will the questions of the past ever be answered?’, led to a demonstration by people opposed to Sinn Féin’s policing strategy.

For the first time, former soldiers from the British Army involved with the ‘Veterans for Peace’ voluntary ex-services organisation addressed two public meetings. One, titled ‘Talking to the Enemy’, was an engagement with former IRA prisoners.

The many sporting events that have become synonymous with Féile give young people the chance to develop their skills and encourages physical activities.

One such event, the annual Poc Fada, as well as encouraging young hurlers sees some ‘wannabe’ hurlers – notably Gerry Adams! – take on the challenge of the Black Mountain.

Leafing through the Week in the Life of West Belfast publication of 1988 with its reminders of just how far we have come, there is also the loss of so many people whose efforts made it possible and whose presence added that touch of the ‘it couldn’t happen anywhere else’.

Eddie Keenan, former prisoner, Gaeilgeoir, singer and story-teller who epitomised the character of Belfast is no longer with us. Political cartoonist and singer-songwriter Brian ‘Cormac’ Moore, whose take on the struggles of the people in the North in An Phoblacht were cutting edge, is also gone.

And Siobhán O’Hanlon, who died of cancer in 2006, played a crucial role in making Féile what it is today.

Féile has set the benchmark for community festivals despite the best efforts of officialdom to kill it off.

It has helped mould a different way of doing things during our fraught summers and this is what we don’t want to lose. It is why we need to confront those who think destroying their own environment, attacking someone because of the colour of their skin or where they come from, who endorse under-age drinking and drug-taking and applaud death drivers are behaving in the basest reactionary way.

We need this to be the Age of Wisdom and Enlightenment rather than the Age of Darkness. 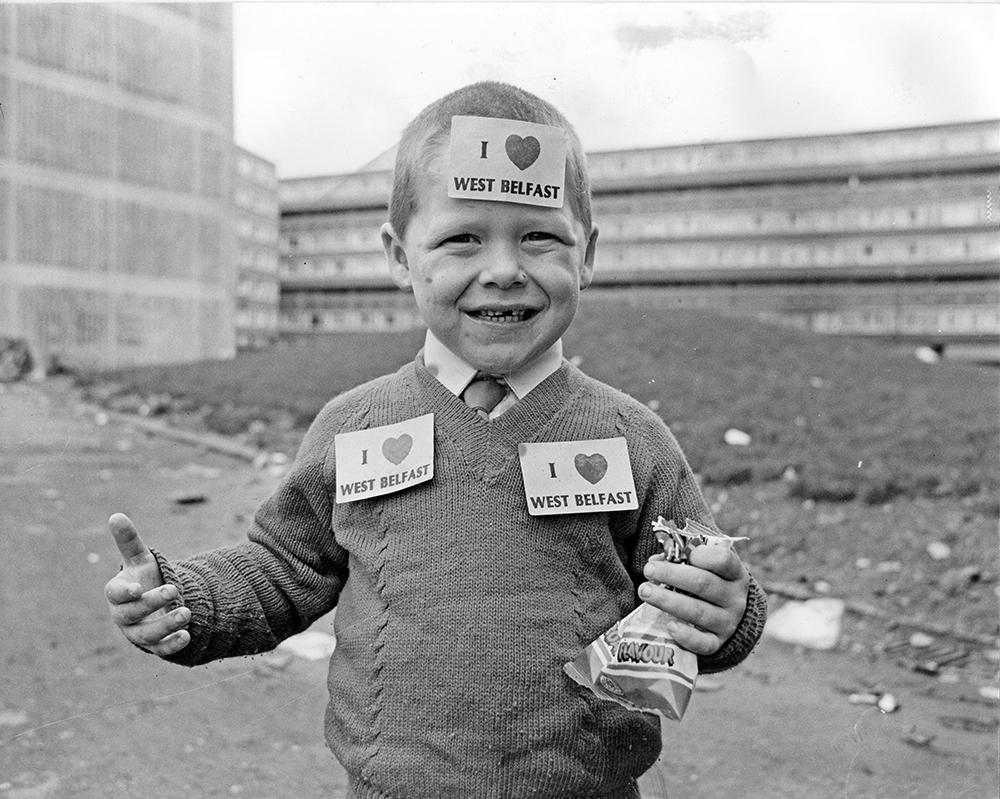