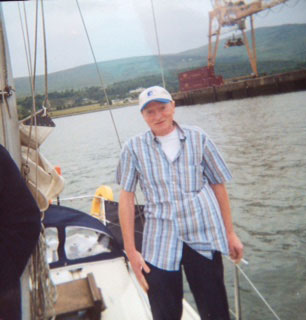 There were several attempts made by the RUC to arrest Leo so he moved across the Border and continued his participation in the struggle.

REPUBLICANS the breadth of Ireland were sad to see the passing of Volunteer Leo Cooper, originally from Rostrevor, County Down, but who had built a family in Dublin.

Friends and comrades travelled to Rostrevor to accompany Leo on his final journey from his home in St Jude’s Gardens, Rostrevor. Following his Funeral Mass in the Star of the Sea Chapel, the cortege, led by a lone piper and a colour party, walked to Kilbroney Cemetery. Leo was laid to rest with his parents and the oration was delivered by Mícheál Collins of Newry Sinn Féin.

Leo was born in Rostrevor and became involved in republican politics at a very early age. In the early 1970s Leo felt that the only alternative to the unionist ‘Orange State’ was armed struggle and he joined the IRA.

There were several attempts made by the RUC to arrest Leo so he moved across the Border and continued his participation in the struggle.

Leo moved to Dublin in the 1980s and then left Ireland for a while to go to New York for work. He missed home and returned after 18 months. He settled in Dublin and gradually gained a large circle of friends. His door was always open to comrades and friends and his kindness to friends whose loved ones were in hospital knew no bounds.

Twenty years ago, Leo had some tumours removed from his throat. Despite this, he remained very active and continued to live life to the full. Unfortunately, in August 2014 his illness returned. Leo fought a brave fight and bore his illness with great dignity. He spent the last six weeks of his life in the care of Our Lady’s Hospice, Harold’s Cross, in Dublin. He was very happy with the care he received there and he died in the early hours of 23 May, surrounded by his family and close friends.

Leo will be sadly missed by all who knew him. Codladh sámh a chara uasal.