The human rights elephant in our nation’s room 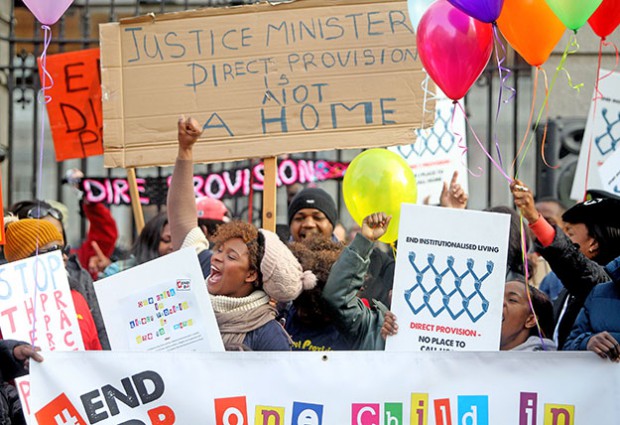 • For reasons that are difficult to understand, not even modest proposals for reform of Direct Provision have received a response from Government ministers

If the principle of citizenship by birth, jus soli, had not been taken away in a referendum in 2004, he would have been Irish

Sue Conlan is CEO of the Irish Refugee Council

ON 10 AUGUST, a young boy celebrated his eighth birthday with his family in a Direct Provision accommodation centre for asylum seekers. It is the only home that he has ever known since he was born in Ireland eight years ago.

Thankfully, for him and his family, it will be the last birthday that he spends in the institutionalised setting that is Direct Provision. Whilst preparing for his birthday, his mum got the call from her solicitor which brought their nightmare experience of the Irish asylum system to an end. She learnt that, after nearly ten years, she had been given permission to stay in Ireland. The birthday party turned into a family celebration.

The sad thing is that it didn’t have to be that way for this Irish-born child.

To begin with, if the principle of citizenship by birth, jus soli, had not been taken away in a referendum in 2004, he would have been Irish, with the rights, opportunities, hopes, fears and frustrations that face ordinary citizens. Ironically, in extending Irish citizenship to people born in the North of Ireland in response to the Good Friday Agreement, it was taken away from children born to asylum seekers.

Instead of learning to become part of Ireland’s rich heritage, this young boy has instead been forced to endure the indignity of being a ‘hostel kid’, made to feel different in a system where people (mostly from Africa, Asia and the Middle East) are separated from mainstream Irish society. Yes, he has had the right to go to school. But without the means to fully participate in all that a school community can offer, it is a begrudging concession to an innocent child.

Even without citizenship, his parents’ applications for refugee status could have been met with an open mind and a willingness to consider the possibility that they were indeed at risk in their home country. But at the time that they went through the asylum system, the mind-set was very much one of refusal as the Irish Refugee Council has shown in Difficult to Believe, a report which looked at the asylum decision-making process in Ireland. So they remained and used whatever opportunities were available to them to challenge the culture of disbelief and fight for the right to be protected.

During all of this time, this boy and his family lived in Direct Provision, criticised by so many national and international organisations and actors as being unfit for purpose, described, for example, as “the human rights elephant in our nation’s room” by EU Ombudsman Emily O’Reilly.

For reasons that are difficult to understand, not even modest proposals for reform of Direct Provision have yet received a response by Government ministers, let alone acted upon. In fact, the call by the Government-appointed Working Group on the Protection Process, which reported in June 2015, has been blind-sided by the Department of Justice extending the Direct Provision system, advertising for “expressions of interest” from owners of hotels, hostels and guesthouses.

At the same time, two proposals have yet to be implemented. 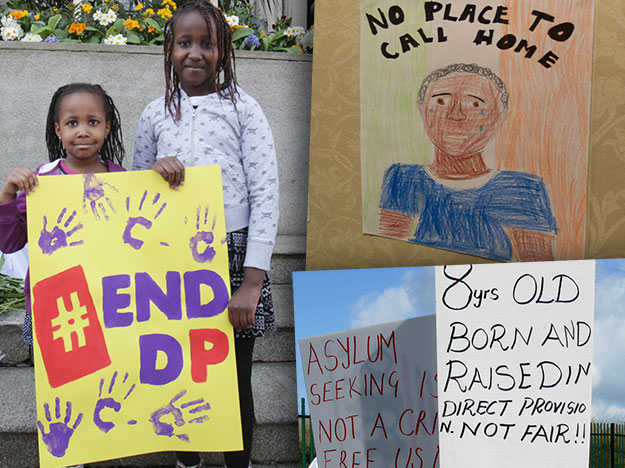 So the modest weekly allowance of €19.10 per adult – the same amount paid for more than 15 years – continues to be used to pay prescription charges for essential medication.

And many young people with Leaving Cert results that could get them a place at university received their results without knowing if they could proceed with their education.

The decisions of the Irish Government to take part in the search and rescue mission in the Mediterranean, leading to so many lives being saved, and to opt-in to the EU proposal to resettle Syrian refugees and relocate asylum seekers from Italy and Greece must not be forgotten. But it is hard not be concerned about the type of Irish welcome that they will receive if they will be placed into Direct Provision centres.

And when that is set alongside the struggle of many Irish people for decent, affordable housing, and jobs that pay a living wage, then you begin to wonder what the future will hold for anyone trying to make or keep Ireland their home.

What we need now is to see the similarities between people, people trying to keep their heads above water – quite literally sometimes – people who strive to do the best for their families.

The worst thing that could happen is to let further divisions creep in.

We need to build solidarity and work together to ensure that Ireland is a fair and equal place that protects and safeguards the rights of all people residing in it, now and into the future.