Water Charges – One last push and we can win 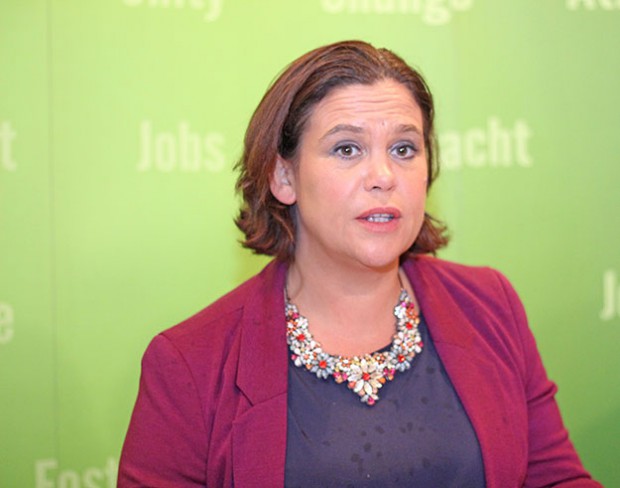 “From start to finish, the whole thing had been a fiasco and the depth of the fiasco is matched only by the Fine Gael/Labour Government’s arrogance and their serious disconnect from people on the ground,” Mary Lou said.

“The Government is unable to accept that people have been pushed too far, that this has been the straw that broke the camel’s back. People will not tolerate the commodification of such a basic human need as domestic water and being commercially charged for it or it being privatised.”

The Dublin TD described the Right2Water campaign as hugely successful so far.

“We need one last push and we can defeat the Government on this issue. It’s been ordinary people up and down the state that have made this possible.”

In the same way that Sinn Féin stopped Water Charges in the Six Counties, she said, it will do the same in the South.

Irish Water is now a toxic brand but, she added, whatever criticisms people might have of Irish Water itself:

“The ultimate responsibility for the Irish Water debacle rests with the Government – at the feet of Phil Hogan now in Brussels, his replacement Alan Kelly, and their parties, Fine Gael and Labour collectively. And let’s not forget Fianna Fáil, who (when Mícheál Martin was a senior minister) dreamed up domestic Water Charges.”

She rejected Junior Minister Simon Harris’s description of the Water Charges campaign as “populism from the luxury of the Opposition benches”. 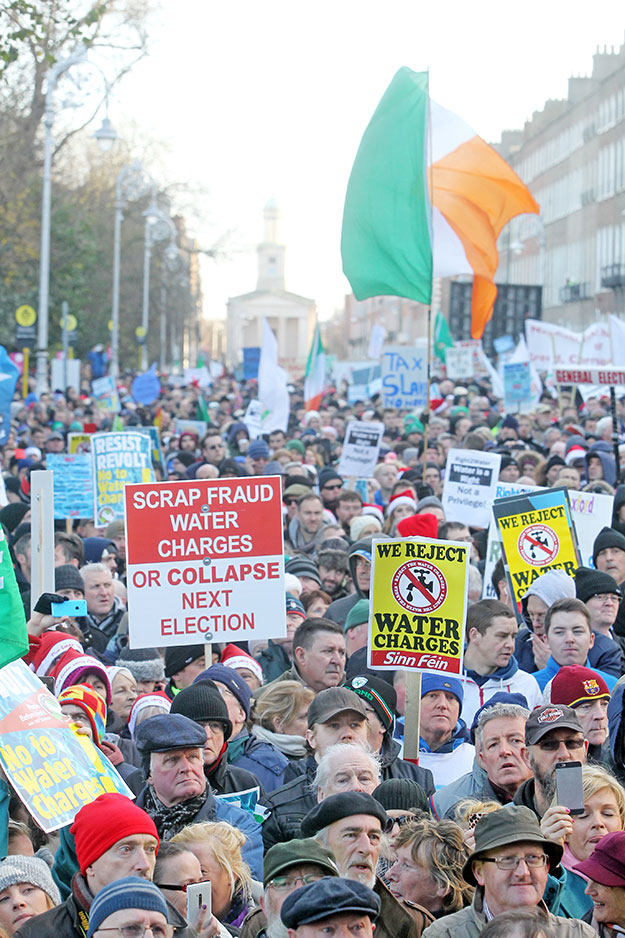 •  Abolishing Water Charges is a popular democratic demand of the people

“It’s a popular, democratic demand of the people based on the very fundamental notion of equity and fairness and the simple fact that very many families simply cannot afford the burden of yet another additional bill. And tens of thousands of people have taken a courageous stand to show this.”

The Labour Party’s total junking of its opposition to Water Charges before the last election and enforcing them in Government was “a tornado of a turn”, Mary Lou said.

“Any notion of fairness and decency has been abandoned by Labour. Perversely, Joan Burton and Labour ministers seem to be taking some joy and pleasure in enforcing Water Charges, swaggering around and ballyragging the protesting public.”

The Government’s “pickpocket legislation allowing the state to put its hand into your pocket and your wages or your welfare payments to grab these unfair charges” is meant to intimidate and frighten people, she said. “It will not work.”

The Sinn Féin deputy leader said she was extremely pleased at news of growing trade union support with the Technical Engineering and Electrical Union joining five other unions in the Right2Water campaign. Pointing out that July’s Irish Congress of Trade Unions’ motion rejecting water charges and calling for a Constitutional referendum ensuring that water remains in public ownership was “a very significant step”, she insisted:

“The real might of this campaign is derived from the men and women and communities on the ground who, from the word go, took a stand of opposition and let this Government know, in no uncertain terms, that domestic Water Charges are a step too far.” 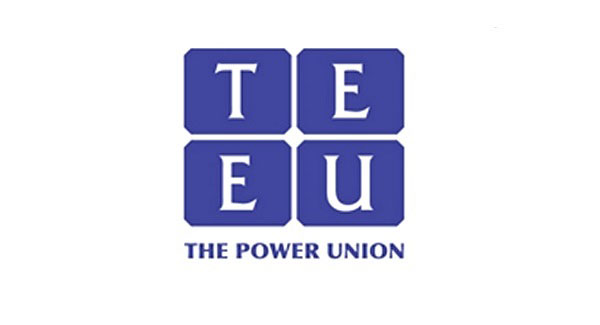 THE Technical Engineering and Electrical Union, the country’s largest craft union, has joined the Right2Water Campaign and is calling on the Fine Gael/Labour Government to abolish Water Charges with immediate effect.

Unions already affiliated to the Right2Water Campaign included the  Civil Public and Services Union, the Communication Workers’ Union, Mandate, the Operative Plasterers and Allied Trades Society of Ireland (OPATSI) and Unite the Union.

“By withdrawing the Water Charges and holding a referendum the Government will clear the way for a considered debate on how best to carry out a badly-needed overhaul of water services while having regard for the environmental issues involved and the EU laws governing the delivery and protection of water as our most precious and essential commodity.”