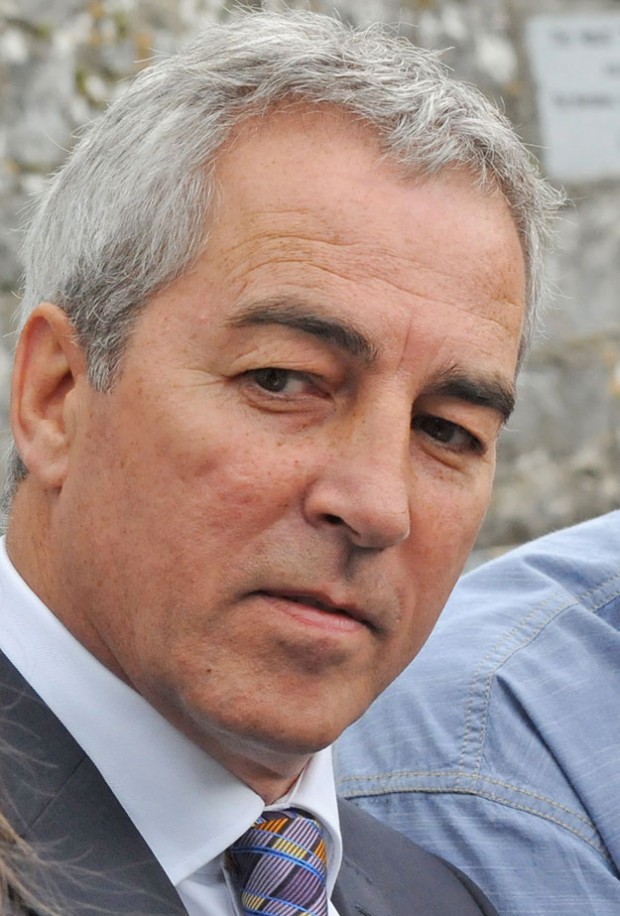 What are your feelings on a day like today?

It’s very emotional recalling the events of 34 years ago when I was part of one most famous historical periods in the 20th century not just in Ireland but across the world. Bobby Sands’s election in 1981 was the biggest world news event of the day in a time before the 24-hour news cycle and the Internet and social media.

It’s also very emotional just hearing the names of the lads being read out on the stage and the number of days they were on hunger strike. I’ve always been aware of how close I came to actually dying. Martin Hurson died after 46 days; I was on for 55 days.

When I think back to those dark days, there didn’t seem to be any light on the horizon at all but now we’re standing here today part of the biggest political movement here on the island of Ireland. So, while there’s sadness thinking about the lads who died, there’s great hope that we’re still on the right road to achieving the objective that they died for and that they continue to be an inspiration to people here in Ireland.

It must be emotional with many of the families here today as well.

Absolutely. The families are well represented. I know many of them and in themselves are a great inspiration. I often said it was easier for those of us on hunger strike because we made conscious decisions, we were focused on what we were doing and we had tunnel vision but although our families supported us they didn’t want us to die. It must have been a terrible experience for them to watch us on hunger strike, wasting away and, in the case of ten men, actually dying.

It’s very heartening for people like me to see so many young people here and at events like this who are inspired by the Hunger Strikers and learning about the history of the struggle and the conflict and joining Sinn Féin.

I suppose it’s no surprise really because in the corruption that encircles politics in Ireland, most notably in the brown envelope culture, people look back at these men and see they were men of integrity who were prepared to sacrifice their lives for other people. 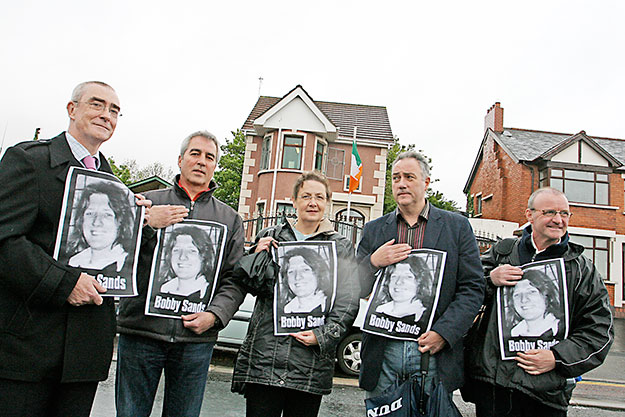 Do you find when you’re overseas on Sinn Féin international delegations that the Hunger Strikes still stand out?

Oh, very much so. We were in South Africa, on Robben Island, and in the prison yard where you see the photos of Mandela breaking stones. Myself, Gerry Adams and my late wife Siobhán O’Hanlon unveiled a monument to the shared suffering of South African and Irish political prisoners.

I know there’s also a monument in Cuba, and we’ve just heard on the news this weekend (ironically) that the British Embassy has reopened in the Iranian capital of Tehran on Bobby Sands Street.

People throughout the world who have been involved in struggle were and are very much aware of the Hunger Strikes.

The Basque people have a very strong affinity with the Hunger Strikers.

What would you say to people about the importance of these events?

I’m glad to be here and I have my own 16-year-old son here with me today. I’m always inspired when I come to the National Hunger Strike Commemoration. It’s a very emotional experience but I’d never miss it.

It’s essential that republicans go out and tell the story of the struggle at events, meetings and talks in their towns and villages, wherever they are. We are still faced with a hostile media and Establishment that wants to portray us as criminals and terrorists 34 years after the failure of criminalisation in the H-Blocks and Armagh.

There are still those who want to criminalise republicans so it’s essential that republicans go out and tell the truth of our struggle.