Welfare without the fanfare 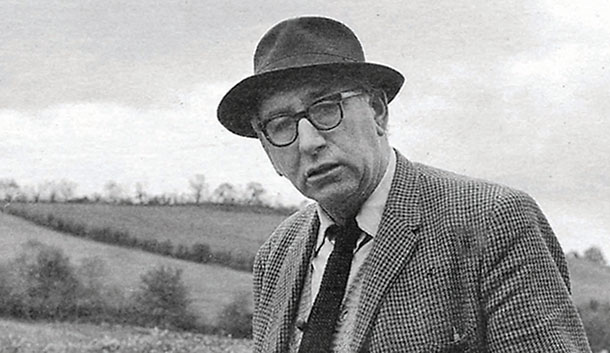 As the National League begins, a hugely lucrative media merry-go-round is in gear. To it, the players and managers are fair game

DO YOU remember them good auld days? Everyone played for the team of their parish. Ballads were sung about their sporting exploits.

Little children with red, curly hair, bare feet and hurls in their hands would dance along the sidelines. And every Sunday night after the match, players from both sides would gather in the local for a few pints and a bit of banter with the referee.

Reading recent commentary and punditry about playing Gaelic games, you might be forgiven for thinking a golden age of sport has gone forever from our midst. Disappearing like snow off a ditch. If this is true, it would indeed be a regressive step.

Finding poetry more persuasive than punditry, I decided to consult Patrick Kavanagh. A fellow Gael and sportsman shared a short story by Kavanagh with me in which the poet said:

“No man can adequately describe Irish life who ignores the Gaelic Athletics Association, which is true in a way . . .”

Based on this quote, perhaps the pundits and poets are at one. But you have to read Kavanagh as it’s written. The short story from which this quote comes is called: Gut yer man.

Of his reminiscences in sport, the poet wrote: “We never finished a game towards the end we were a-batin. We always found an excuse to rise a row and get the field invaded.”

The world of sport portrayed by Kavanagh and many other gifted writers is not the Utopian yesteryear some would have us believe. Contrasting social analysis is one thing; derogatory caricatures of modern-day players as ‘indentured slaves’ or ‘battery hens’ is quite another. Poetic licence is the preserve of poets like Kavanagh. A more important question might be: what purpose or value does punditry or commentary add to sport?

Look in the eyes of a player who turns up for training. Listen to them tell you about being chastised at home on the basis of a newspaper account of his or her performance. Already this year I’ve heard players question why a headline or a rating in a newspaper is so unjust. Another player trying out for his county in the early part of 2015 was hounded and vilified on social media.

What consideration was given to the welfare and well-being of players when comments about them were published?

None of this is new. One senior Tyrone footballer talked publicly about the adverse effect on his family of a media tirade against his performance. Learning to cope with the media is something players could do without. Nowadays, they have no choice. Nor do their families. But the outcome of this uneven power relationship is not premised on their welfare. As the National League begins, a hugely lucrative media merry-go-round is in gear. To it, the players and managers are fair game.

In contrast, civic-minded people within the GAA are working hard to develop an effective response to the needs of communities and individual players.

For instance, at provincial level in Ulster, a programme of mentoring has begun where former players help guide young athletes on life-skills and time management. The Gaelic Players’ Association also sees itself supporting players’ welfare. A new Association for Women has just been formed. Yet the relationship between these groups and the GAA is still unclear. Sorting this out would be a good sign of progress.

And it is not just the welfare of county players which counts. Club players have rights.

This year some players will sustain injury. They will miss work, lose income or perhaps a livelihood. Current sporting insurance won’t cover the gap in lost earnings. That’s something the GAA (and GPA/WGPA) could sort out.

As society around us has evolved, sport has had to adapt. Some of those changes have been for the good but a high price has still been paid. The tragedy of Cormac McAnallen’s death awoke the sporting world in Ireland to cardiac screening. Now, most of our GAA clubs have defibrillators and avail of screening programmes. Similarly, the death of 14-year-old Benjamin Robson in rugby led to new understanding about concussion. It is small consolation to his family that ‘Second Impact Syndrome’ is now better understood. Again, applying science to sport, devices have been designed to measure impact from head blows through a small motion detector at the back of the skull. For my own part, I believe my contribution through design and patent of a hurling helmet helped momentum towards compulsory safety headgear.

Away from the spotlight, advocacy for change has continued. Science has helped to improve our national games but it isn’t the reason to participate.

It’s hard to say what Patrick Kavanagh would make of it all. But I’d not be surprised if he bluntly advised: ‘Skip punditry; try poetry instead.’