Protecting most vulnerable from ravages of Tory cuts 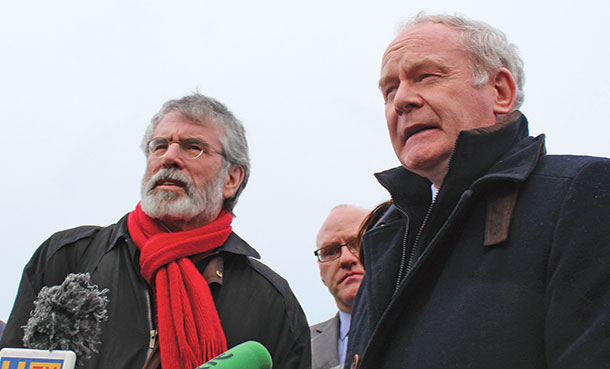 Claims that 20,000 public sector jobs will be cut are inaccurate. No figure has been set and any redundancies will be voluntary

THE Stormont House Agreement strived to ensure that the most vulnerable members of our society were protected from the ravages of British Government welfare cuts pursued by the Tories.

That was the main priority for Sinn Féin throughout the negotiations which led to the Agreement.

The negotiations process was long and protracted and only crystalised into serious talks when it became clear the political institutions were in danger of collapse.

The impasse was the result of economic and political difficulties.

Year on year, the British Government attacks on the block grant seriously impacted on the Executive’s ability to deliver core frontline services. This – coupled with the Tory-led British Government’s extreme austerity policies designed to hollow out the welfare state – created a dire economic situation for the Executive.

Politically, the failure of the British and Irish governments to live up to their responsibilities as co-guarantors of the Good Friday and subsequent Agreements – and their failure to address issues such as the past, parades and flags – was in danger of making the institutions unworkable.

Sinn Féin went into the negotiations to secure a comprehensive agreement to protect the needs of the most vulnerable in our society and to address the political difficulties faced by the Executive.

The resulting Agreement, achieved after intensive negotiations between the Executive parties delivered a significant financial package worth £2billion which safeguarded welfare payments under the control of the Executive from Tory Party cuts.

Key proposals from the Tories (including the Bedroom Tax, cuts to disability benefits and other cuts) will be offset by payments from the Supplementary Benefits Fund for the next six years, ensuring that all welfare payments under the control of the Executive will be maintained and no one will be worse off as a result of the extreme austerity policies of the Westminster Government.

The financial package included £500million for education and £140million for dealing with the past.

It also allowed for the creation of a £700million fund over four years for the restructuring of the public service.

Despite misleading media reports and misinformation on the restructuring of the public service, there will be no compulsory redundancies. Claims that 20,000 public sector jobs will be lost as part of the process are also inaccurate. No figure has been set for the voluntary redundancies. 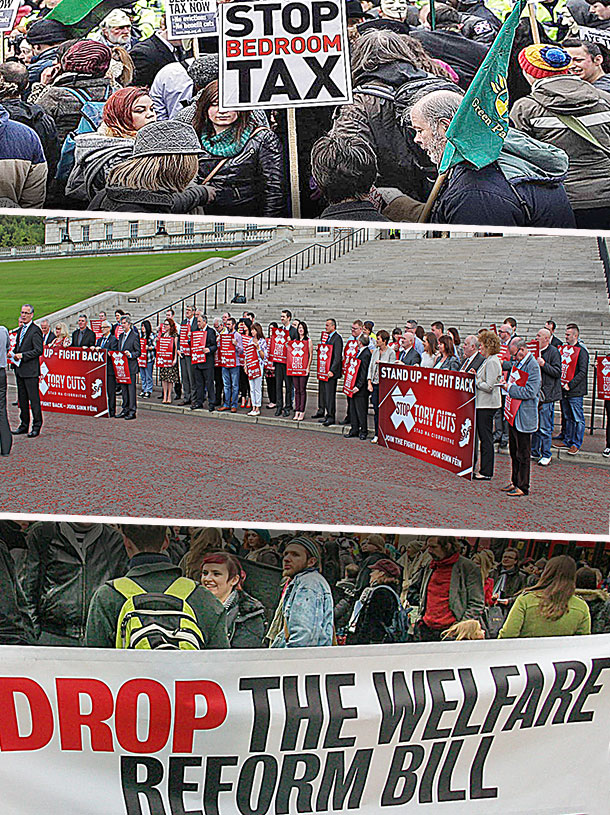 “Sinn Féin worked tirelessly throughout the negotiations to achieve welfare protections for the most vulnerable in our society and to protect frontline public services in health, education and welfare from a Tory-driven onslaught.

“As a result of Sinn Féin’s resolute defence of public services, there will be no compulsory redundancies in the public sector.

“The Agreement provides for a scheme which enables those who wish to retire or leave the public services to do so. The take-up of this scheme must, of course, be balanced by the need to maintain core public services.”

The protections secured in the Agreement are unique to the North and were only achieved after the other Executive parties agreed with Sinn Féin on the need to challenge the British Treasury with a united voice.

Sinn Féin Agriculture Minister Michelle O’Neill said the financial package shows what can be achieved when the Executive parties work together.

“The Executive has now brought forward proposals agreed by the five parties in the Stormont House talks which will protect the most vulnerable against Tory welfare cuts.

“We have agreed to provide a package over six years of almost £565million to mitigate against the potential loss of benefits to individuals and families.

“We have retained a series of anti-poverty measures and set up a Supplementary Benefits Fund to provide protection specifically to families with children, people with disabilities, and the long-term sick.

“There are safeguards for people moving from Disability Living Allowance, for lone parents, and people have been protected from the impact of the Bedroom Tax.

“These protections and others are unique to the North and in sharp contrast to the cuts-driven welfare system in Britain.

“This is a good example of the institutions making a practical difference to those citizens most in need.” 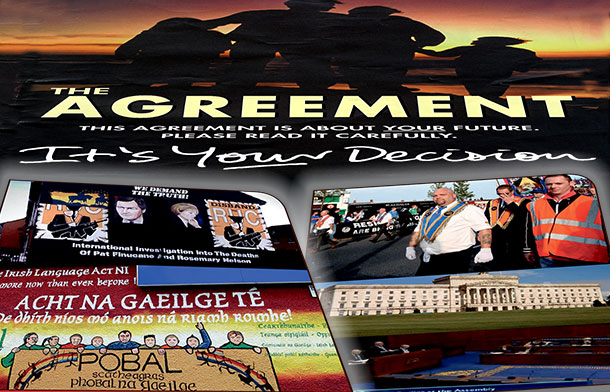 Progress was also made in addressing the issues of the past, parading and flags.

While the Agreement on these issues was not as comprehensive as Sinn Féin wanted, significant progress was made and efforts to fully resolve these issues at a community, political and governmental level will continue.

One of the key issues for Sinn Féin in the negotiations process was how the legacy of the conflict should be addressed. It was made clear to the British and Irish governments from the outset that the needs of victims must be paramount in any approach to the past.

Sinn Féin successfully ensured the retention of coroners’ courts inquests into conflict-related deaths. This was a key demand of victims groups and allows families to continue their campaign for access to truth and justice for their loved ones.

The Agreement also created the conditions for the establishment of new bodies to address the legacy of the past. These include a Historic Investigations Unit (HIU), an Independent Commission for Information Recovery (ICIR) and an Implementation and Reconciliation Group (IRG).

Additional services for victims and survivors will be established.

On the issue of parades, Sinn Féin ensured that the Parades Commission will remain in place to deal with contentious parade until such times that an an agreement is reached in the Assembly to deal with parading.

While significant progress was made in the Stormont House Agreement, particularly around ensuring that communities are protected from Tory welfare cuts, a number of issues remain to be addressed.

Several commitments from the Good Friday and subsequent Agreements are still to be fulfilled.

No agreement was reached on an Irish Language Act, an inquiry into the assassination of solicitor Pat Finucane by unionists and agents of the British state, a Bill of Rights, and North/South developments.

Sinn Féin will continue to make progress on these issues in negotiations between the Executive parties and both the British and Irish governments to ensure they live up to their responsibilities to implement the commitments made over the last 15 years.