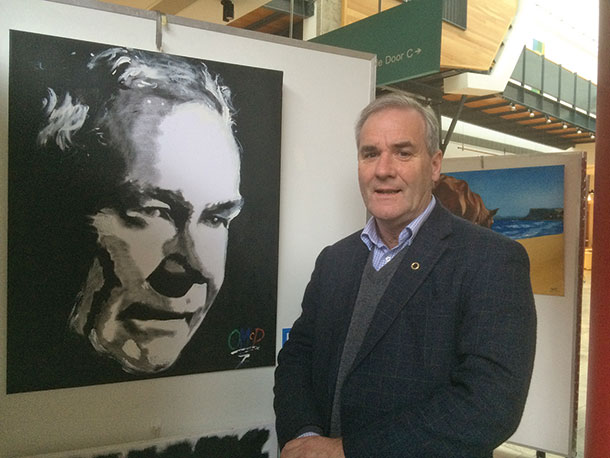 MARCH will be the first time the Ard Fheis has ever been held in Derry City. It is expected to attract more than 2,000 delegates and guests over the weekend.

Ard Fheis Organising Committee Co-ordinator Gearóid Ó hEára says excitement is building in the city ahead of the Ard Fheis.

“The Ard Fheis is one of the highlights of the year for republicans and locally people are certainly looking forward to it.

“The fact that it will be the first time the Ard Fheis has ever been held in Derry adds to the excitement for local republicans who are determined to ensure it will be one to remember,” he tells An Phoblacht.

The Sinn Féin candidate in May’s Westminster election says that preparations are well underway for the Ard Fheis.

“Over the last number of weeks we have been busy making the final preparations ahead of the Ard Fheis in March.

“Much detailed planning has gone into staging this event which will attract upwards of 2,000 delegates and family members to the city,” he says.

“Derry has played a key role in the republican struggle over many years and is home to several key leadership figures within the party so it is fitting that this Ard Fheis should be held in Derry,

“So it is entirely appropriate that the Ard Fheis, which sets our policies around our key themes of equality and rights for all, is held in Derry,” he explains.

The former Mayor of Derry also said he is looking forward to playing a key role at the Ard Fheis.

“Ard Fheiseanna are always great events and provide a great opportunity to meet comrades from across the island.

“Alongside the cut and thrust of debates, which always energises me, there is also the chance to catch up with people you haven’t seen for a while and also to learn what is happening in other areas.

“No matter what role you play at an Ard Fheis, whether as a delegate, a speaker or a guest, it is always an inspiring event.

“I have travelled to Ard Fheiseanna all over the country for many years so it is great to have it right on our doorstep this year.

“Listening to the keynote speeches always provides a great sense of where we are at nationally and the televised sections allow us to extend our message to a wider audience.

“This year I am particularly looking forward to playing my part at the Ard Fheis in my home city as the Sinn Féin candidate at the Westminster election.

“Bringing the Sinn Féin leadership team, including our own Martin McGuinness, to Derry will energise local republicans as we move into the next stage of our campaign ahead of the poll,” he says. 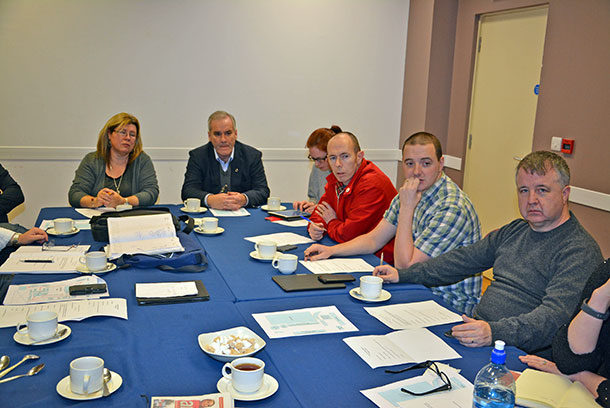 • Organisers at a planning meeting to prepare for the Ard Fheis

He says the decision to hold the Ard Fheis in Derry is recognition of the growth of Sinn Féin in the city.

“It will showcase the strength of Sinn Féin in Derry and across the wider north-west.

“The party has been growing steadily year-on-year in Derry, to the point where we are now the largest party on the new Derry and Strabane ‘Super Council’.

“As a city, Derry has been totally transformed in recent years and Sinn Féin have been to the fore in that transformation.

“We have been driving the regeneration of the city, not just in terms of infrastructure but also politically.

“In the past, Derry was almost a byword for the institutionalised discrimination of the Six Counties. Despite the city’s large nationalist majority, it was the citadel for one-party unionist rule.

“TV footage of the RUC’s attack on the first civil rights march in Derry on 5 October 1968 shone an international spotlight on the political situation in the North of Ireland for the first time and set in train a series of events that would ultimately lead to the downfall of the Orange state.

“Derry today is totally unrecognisable from what it was then. It is a confident, vibrant city moving forward in a spirit of optimism.

“That change did not come about on its own. It was driven by Sinn Féin’s commitment to equality and promoting opportunities for all.

“Martin McGuinness, as deputy First Minister, has led the regeneration of Derry, delivering on key projects such as the transformation of the former British military site at Ebrington to a open, welcoming community space which is now known around the world.

“Our Foyle MLAs, Maeve McLaughlin and Raymond McCartney, have also played a major role in the regeneration of Derry, championing the expansion of the university at Magee,” he said.

The Ard Fheis will bring a financial boost to the city.

“Hosting the Ard Fheis will bring a substantial financial contribution to the local hospitality and service sector,” Gearóid says.

“Media and tourism commentators have estimated that last year’s Ard Fheis in Wexford injected in excess of €1million into the local economy.

“As well as delegates and their visitors there will be a number of high-profile international guests and media in attendance.

“All of these people will have to stay somewhere and eat and that will be a welcome boost to the local hospitality sector.

“Derry has established a reputation internationally as a great place to host major conferences and over the last few years has staged a number of large international events. I have no doubt that next month’s Ard Fheis will rank among the best.

“It is great to see another all-Ireland event coming to the city, following on from the successful Fleadh Cheoil na hÉireann in 2013.”