A vote for hope – Can Ireland emulate Greece? 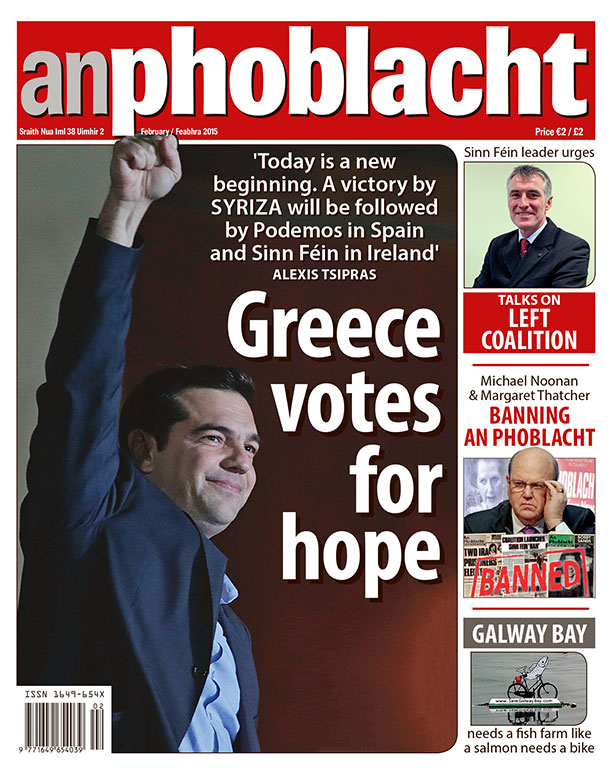 If Enda Kenny and his government are not going to stand up for Irish citizens then Fine Gael and Labour should remove themselves from office and allow the people to elect a new government that will.

THE ELECTION LANDSLIDE achieved by SYRIZA in Greece represents a vote for hope over fear.

This result opens up the real prospect of democratic change not just for the people of Greece but for citizens right across the EU.

Sinn Féin has backed SYRIZA’s call for a European debt conference which is so clearly in Ireland’s interests.

Gerry Adams has called on the Taoiseach to support this demand but the leader of the Fine Gael/Labour Government has rejected this.

Again and again, the Irish Government has shown no desire or ability to negotiate in the best interests of the Irish people.

This had resulted in widespread hardship, the destruction of public services and a third of children in the 26-County state living in poverty.

The Government has no mandate for the policies it is imposing. It is time for citizens here to decide on a new way forward.

If Enda Kenny and his government are not going to stand up for Irish citizens then Fine Gael and Labour should remove themselves from office and allow the people to elect a new government that will.

The Taoiseach should call an election now. 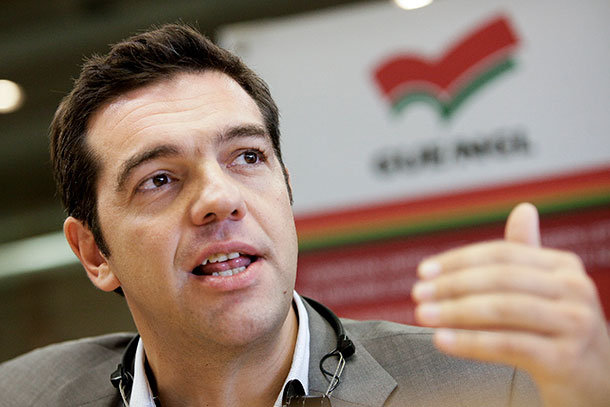 IN THIS AN PHOBLACHT, National Chairperson Declan Kearney repeats Sinn Féin’s call to other progressive organisations, community networks and trade union activists not to let our differences prevent us coming together to discuss ideas and strategies to ensure the future election of a Left coalition in the South.

The mass of people in our society who want change – who need change – cannot afford the luxury of living in a dreamland of a far-distant future that will propel the Left into power in an electoral wipe-out of the conservative parties or some bloodless October Revolution.

They live in the real world.

The martyred socialist Chilean President Salvador Allende once said of the political environment:

“We haven’t chosen the terrain. We haven’t generated it. We have the government, but we don’t have power.”

Revolutions – even peaceful ones – involve a wide breadth of people, personalities and political perspectives. If we didn’t have different beliefs then we wouldn’t be in so many different parties – or none.

Compromise doesn’t mean compromising your principles. Activists can still hold on to their principles but they should not let conviction descend into a political puritanism that sabotages unity or progress.

We all want our children go to schools clean and well-fed; all the elderly to receive a pension and be taken care of in the best hospitals; for any young person to be able to go to college; that nobody has their heat turned off in the winter because they can’t pay their bill; that no bank is allowed to leave a family in the street without alternative housing; that everyone has work with fair wages and conditions; that the  newspapers, TV and radio are not dominated by the multi-millionaires and the mouthpieces for the elites; that our country is not in the grip of speculators, foreign or domestic.

So why can’t we co-operate on what unites us rather than what divides us?

If we aspire to emulate the people of Greece, it is time to get down to some serious talking and unity of purpose to explore how we in Ireland can make some real change.

This is a good time to start.