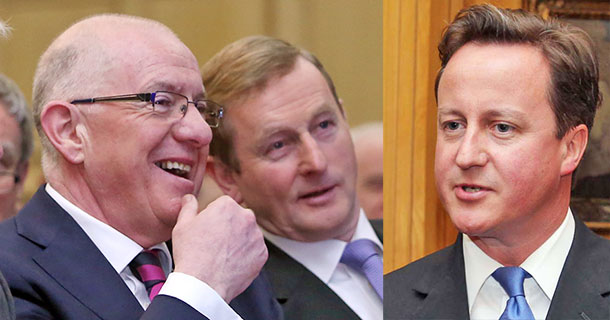 Crucially, there will be no reductions in welfare payments under the control of the Executive. The new welfare protections are unique to the North and are in sharp contrast to the austerity-driven welfare system being rolled out in Britain or Dublin

SINN FÉIN’S OBJECTIVES throughout the recent negotiations that led to the Stormont House Agreement were very clear:

To agree a comprehensive deal to protect the most vulnerable in society;

To safeguard the rights and entitlements of citizens;

To deliver on outstanding agreements;

To grow the economy;

To enhance the working of the institutions.

It wasn’t an easy negotiation.

The ability of the five Executive parties to defend frontline public services (including health and education), to defend the poor, people with disabilities, the elderly and disadvantaged, and to create jobs was being significantly undermined by British Tory demands for welfare cuts as well as by the £1.5billion cut to the block grant since 2011.

This austerity policy is similar to Dublin’s and was actively endorsed by Taoiseach Enda Kenny and Foreign Affairs Minister Charlie Flanagan. Sinn Féin were steadfast in our opposition to this agenda.

The British Government’s failure to honour its commitments made in the Good Friday and other agreements – such as an inquiry into the murder of Pat Finucane – was another important factor in why the political process was in such a mess.

There is little incentive for political unionism to move forward in a consistent and progressive way if a British Government is not giving clear and unambiguous leadership and implementing commitments.

The British Government’s refusal to back the Haass proposals to deal with the vexed issues of identity, parading and the legacy of past had succeeded only in emboldening unionist hostility to the power-sharing institutions.

By the time the Taoiseach and the British Prime Minister arrived in Belfast on 11 December, there was no great optimism that progress could be achieved. Their departure 24 hours later led many to believe that the negotiations were over and that the political institutions were at real risk of collapsing.

This intervention amounted to little more than a charade.

It was not a serious endeavour.

The presentation of a deeply-flawed joint paper by the Irish and British governments on a ‘take it or leave it’ basis and the approach of both the Taoiseach and the British Prime Minister during those talks was amateurish and ham-fisted. It effectively sought to nationalise austerity with Irish Government support for the British Tory efforts to hurt the most vulnerable citizens in the North. 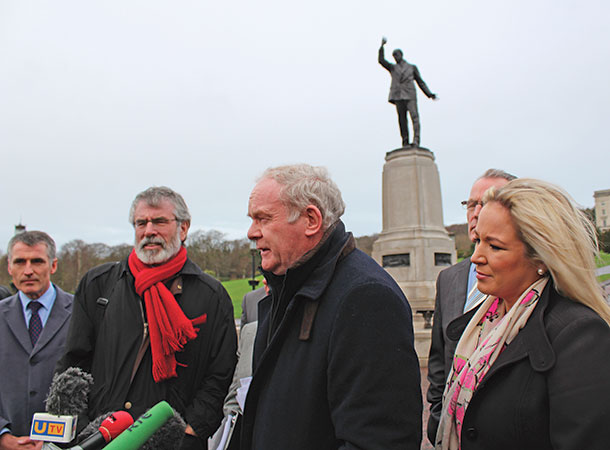 The Irish Government’s preparedness to sign up for a joint government paper that failed to mention Acht na Gaeilge and talked only of “language strategies” was equally disgraceful.

It also acquiesced to the British Government’s use of ‘national security’ to deny information to victims and to the British demand to end the right of families of victims to an inquest in the coroners’ courts.

Nor was there any guarantee in the paper tabled by the two governments that the Dublin and Monaghan bombings would be considered under their proposed new “civil inquisitorial” process under the new Historical Investigations Unit.

So, on 12 December, David Cameron returned to London and the Taoiseach to Dublin leaving the process in a worse state than when they came.

Despite the negative approach of the two governments, the Sinn Féin leadership remained determined to find solutions. A consensus was reached – at the initiative of Martin McGuinness and under the leadership of Martin and Peter Robinson – among the Executive parties to push for a real and meaningful negotiation.

Six days later, and following lengthy discussions (many of them into the wee hours of the morning, and at least one all-night session) an agreement was achieved.

The total value of the British Government’s revised financial proposals amount to almost £2billion – double what was originally offered.

This includes £650million of new and additional funding, including up to £500million over 10 years of new capital to support shared and integrated education.

Crucially, there will be no reductions in welfare payments under the control of the Executive.

Anti-poverty measures will be retained in the North.

On the wider political issues, significant progress was achieved. 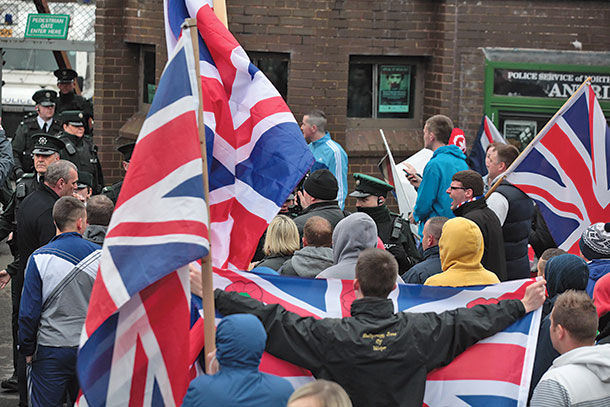 The effort to close off access to inquests to the families of victims of the conflict was defeated.

The two governments will endorse the respect for and recognition of the Irish language consistent with the Council of Europe Charter on Regional or Minority Languages.

Work will commence on considering whether the devolution of additional fiscal powers needed to grow the economy can be progressed.

A detailed proposal on a ‘Commission on Flags, Identity, Culture and Tradition’ was agreed, including its make-up and remit.

Legislation on parades will be prepared with proper regard for fundamental rights protected by the European Convention on Human Rights.

The Stormont House Agreement – like all previous agreements – is only as good as the determination on the part of the participants to implement it.

I urge the Irish Government to accept that the success and stability of the peace and political process in the North and the all-island institutions are bigger and more important than any short-sighted, selfish electoral political agenda.

The Peace Process is the most important political project on this island at this time. It needs to be nurtured and protected and enhanced. Notwithstanding the other political priorities of the moment, it must remain at the top of the Irish Government’s agenda.

I welcome other financial commitments, including €25million annually for the A5 project as well as some additional funding for reconciliation and for EU Peace and Interreg programmes.

These and the renewed commitment by the Irish Government to the Narrow Water and the Ulster Canal projects are important developments. Action is now needed.

As we approach the centenary of the 1916 Rising and later of the Tan War, there is an historic opportunity to resolve the real ‘national question’, to end the partition of this island, to end sectarianism, and to create a new republic.

These should be the goals of all progressive political forces on this island.