When Enda Kenny and David Cameron walked away from the talks on 12 December the media were briefed that this was a ‘take it or leave it’ offer, that no further changes would be made.

The response by the Sinn Féin negotiators was to build a consensus across the parties that the finance package fell well short of what was required.

All of the parties, acting together, were able to increase the financial package that would offset the changes to welfare and provide for additional investment in of up to £500million in shared education over a 10-year period. 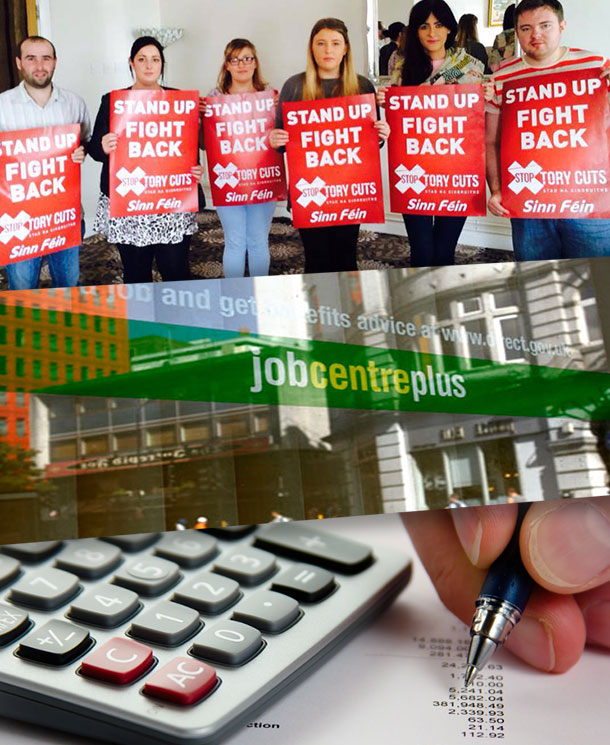 The Agreement provides that there will be:

With regard to welfare payment Martin McGuiness made it clear:

“We agreed a welfare protection package for the most vulnerable people in our society to ensure there is no reduction in benefits within the control of the Assembly.”

These proposals will be in effect over the next six years and then reviewed.

The financial package also includes additional investment and flexibility with regard to loans and budgetary commitments. On top of this is the possibility of additional powers to vary taxation, including Corporation Tax. This access to additional funds and powers will provide the Executive with a greater ability to plan and grow the economy.

It falls short of the full suite of powers that would benefit the Executive and allow for a fully progressive taxation policy. Westminster still retains powers on income tax, including tax credits.

Similar to the Haass/O’Sullivan proposals, a commission will be established to report on these issues. Any report must be in the context of the previous agreements, including parity of esteem as guaranteed by the two governments.

The resolution of the issue of identity will require action at a community, political and national level to build an inclusive and equal society. The agreed commission is only one part of the wider process that is required.

Again, the proposals regarding the past build on those developed by Haass/O’Sullivan and include:

Significantly, the British Government sought to close down the ability of families to pursue disclosure of information through the coroners’ courts. This approach calls into question again the commitment of the British to truth recovery. The Irish Government acquiesced to this by their silence but Sinn Féin refused to accept this and eventually it was agreed that families of victims would continue to have access to the coroners’ courts.

In addition to the Haass/O’Sullivan proposals, victims, North and South, will be able to access the truth recovery process. 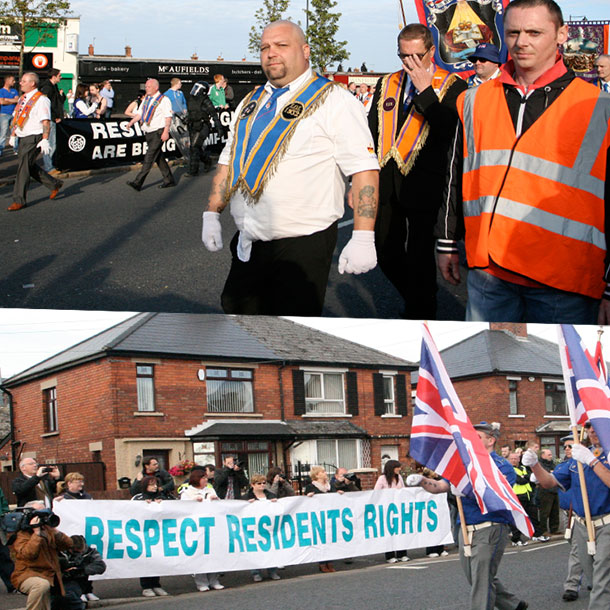 The Parades Commission remains the regulatory body and will remain so for some time to come.

In a situation similar to that which obtained at the conclusion of the Hillsborough Agreement, the parties are committed to look at the regulation of parades afresh. Any conclusion to this review would require cross-community agreement in the Assembly.

This relates to the structure and work practices of the Executive and the Assembly.

It includes the establishment of a civic forum body.

There is agreement in principle on a reduction in the number of MLAs by 2021 and reduction to the number of departments by 2016. This is subject to legislation and requires cross-community support. 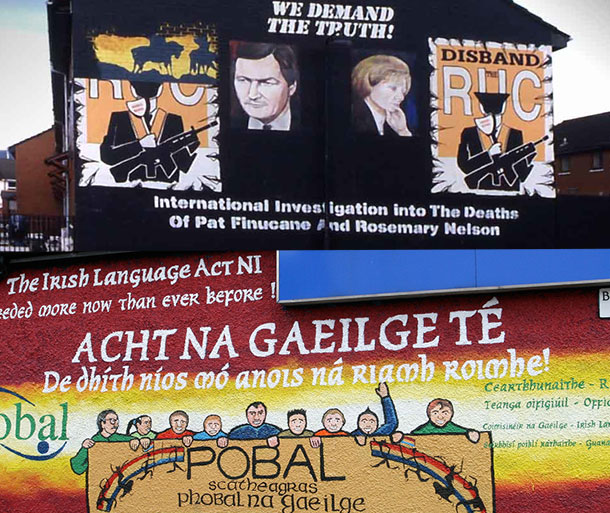 The ongoing refusal of the British Government to hold an inquiry into the murder of Pat Finuance or to legislate for an Acht na Gaeilge or a Bill of Rights continues to undermine the value of the agreements. 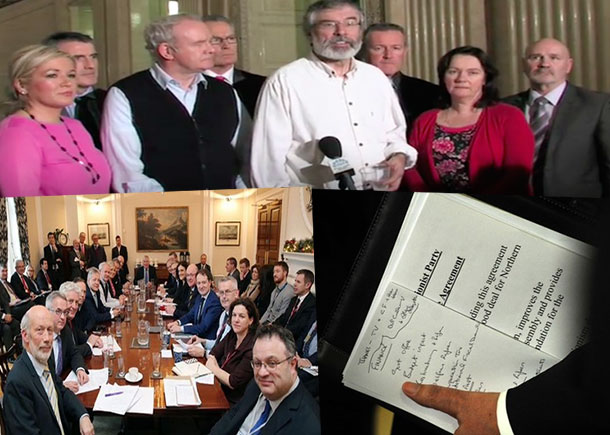 The Stormont House Agreement is not a comprehensive agreement.

While progress has been made on economic and financial issues and on parades, flags and in dealing with the past, the two governments failed to deliver on their commitments in previous agreements.

Sinn Féin is committed to resolving the outstanding issues and recognise that this will require hard work, compromise and understanding.