PUPs barking up the wrong tree 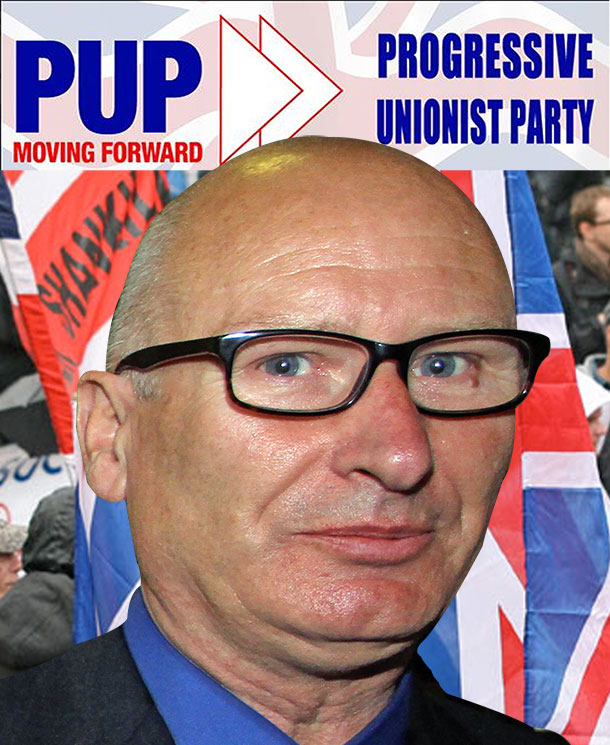 ‘Are you focused enough on class politics? What loyalism needs is a Protestant Sinn Féin’ – Prof John Brewer

EVEN THOUGH the Progressive Unionist Party annual conference in mid-October endorsed positions opposing Tory welfare cuts, protecting the NHS, and for the abolition of zero-hour contracts – natural positions for a party locating itself on the Left of the political spectrum – a key plank of the party leader’s address was support for the Orange Order to march through Ardoyne or anywhere else it wants.

“Effective leadership within unionism must reveal itself at the table and ensure that any potential agreement reaffirms the rights of the Orange brethren at Twaddell and elsewhere to civil and religious freedoms. There can be no fudge on the issue.”

Despite being closely associated with the still active paramilitary UVF and with just four councillors out of more than 450 in the North, the PUP and its UDA counterpart have been welcomed by the mainstream unionist parties and the Orange Order into a pan-unionist front to parade in predominantly nationalist areas such as Ardoyne.

Guest speakers at this year’s conference included journalist Eamonn Mallie and John Brewer, Professor of Post-Conflict Studies at Queen’s University Belfast, who wrote in February’s An Phoblacht on the need for compromise and the Haass Talks.

“Are you focused enough on class politics? What loyalism needs is a Protestant Sinn Féin – a party that can deal with national issues but at the same time get your drains sorted out and deal with flooding.

“Are we pushing grassroots politics? How are we responding to the level of disappointment and disillusion with the Peace Process? We’ve got not just low expectations but no expectations.”

Party leader Billy Hutchinson did use his speech to oppose “welfare reform”, support the NHS and call for progress on working-class Protestant education.

But he also launched an attack on Sinn Féin’s campaign against the Tory cuts and claimed that the party has failed to deliver a united Ireland and this failure “has given birth to an ugly campaign of cultural war”.

Republicans and nationalists would like to see a genuine left-wing politics emerging from within unionism to seriously challenge “Big House unionism”. The PUP, on its present showing and despite its rhetoric, is not that party – yet.

And with the millstone of the UVF drug dealers and racist attackers around its neck, the PUP cannot be the credible champion that working-class unionists need.