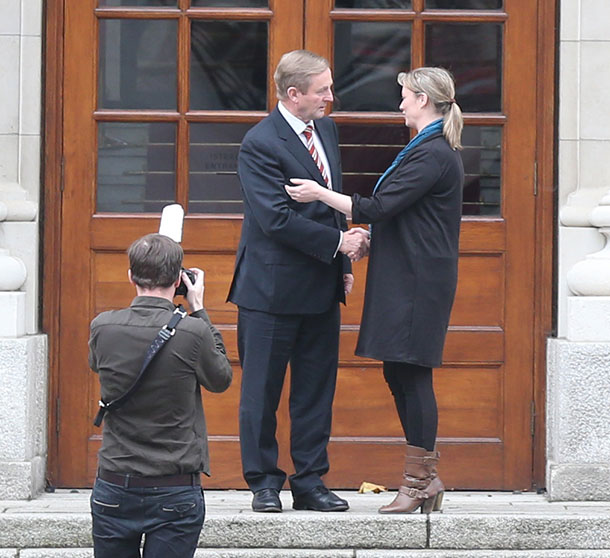 Solicitor Peter Madden wrote to Taoiseach Enda Kenny to tell him he had ‘set aside the judicial process and ignored the findings of a court of law – the Dáil is not a court of law, neither is the media’

POLITICAL OPPONENTS and long-standing anti-republican commentators in the media are shamelessly exploiting alleged rape victim Maíria Cahill in a bid to damage Sinn Féin and topple Gerry Adams.
The BBC TV Spotlight programme broadcast on 14 October came just five days after an Ipsos/MRBI poll put Sinn Féin popularity level pegging with the largest Government party in the South.
Spotlight reported that Maíria, a grand-niece of IRA legend Joe Cahill, was raped and sexually abused in 1997, when she was 16, by a man claimed to have been a member of the IRA.
The Spotlight programme included the alleged role of the IRA in investigating the case, her meetings with Gerry Adams to discuss what she had been through, and her case taken by the police and the Public Prosecution Service but which she refused to pursue.
A man accused by Maíria Cahill was subsequently charged with rape but was acquitted by the courts when she withdrew her evidence. Four people alleged to have been an IRA investigation team were also acquitted.
The legal verdicts, however, have been cast aside by the mainstream media and political opponents (ironically, from parties who have long lectured Sinn Féin on accepting ‘the rule of law’) who have sought to retry the cases again – trial by media.
Such was the flagrant disregard by political opportunists and the anti-republican media to drive their agenda way beyond the bounds of acceptable comment or investigative journalism that solicitor Peter Madden felt compelled to make public on 24 October his letter to Taoiseach Enda Kenny on behalf of four clients named by the media. 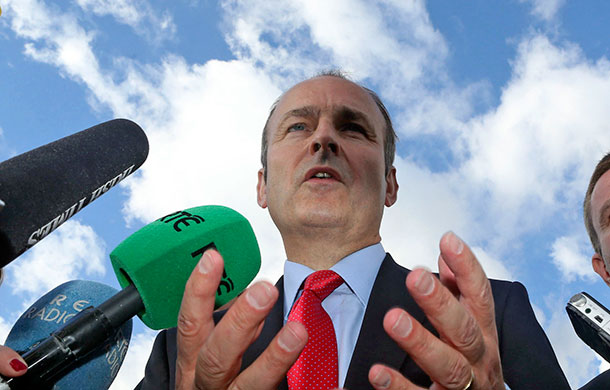 In reference to comments in the Dáil made by the Fine Gael leader himself that week, Peter Madden said that, on 22 October, “during the course of exchanges in Dáil Éireann, An Taoiseach set aside the judicial process and ignored the findings of a court of law”.
Peter Madden reminded “An Taoiseach and others that there are still unresolved legal matters on this issue in relation to one of my clients” and that:
“Dáil Éireann is not a court of law, neither is the media.”
The legal adviser added:
“I am seriously concerned that in the course of the parliamentary debates some will seek to hide behind ‘parliamentary privilege’ and conduct their own ‘kangaroo court’.”
The media furore has prompted the Public Prosecution Service to review three cases linked to what BBC News still describes as “the alleged rape of Belfast woman Maíria Cahill”. The move by the PPS has been endorsed by Sinn Féin.
Gerry Adams and other Sinn Féin leaders have reiterated Sinn Féin’s position that people who have suffered sexual abuse – from whatever quarter – should take their cases and evidence to An Garda Síochána or the Health Service Executive in the South, or the PSNI or Social Services in the North.
In a lengthy speech in Belfast on 25 October (the full text can be read on the An Phoblacht website), Gerry Adams said:
“Nobody doubts that Maíria has been through great distress. I have never doubted that she suffered abuse. And, like every citizen, she is fully entitled to truth and justice.”
The allegations made by Maíria Cahill, though, “have been seized upon in the most cynical, calculated and opportunistic way” by Sinn Féin’s political opponents, he said.
“Their aim has little to do with helping victims of abuse but everything to do with furthering their own narrow political agendas.
“The serious and sensitive issues of abuse should be dealt with in a victim-centred way by the appropriate authorities.”
The Taoiseach has repeatedly claimed that he has knowledge of alleged child abusers from the North but living in the South, Gerry Adams said.
“He says that others have given him information identifying these alleged child abusers. He has raised alarm and concern on this issue.
“Has the Taoiseach gone to the Garda with this information? Has he insisted that those who gave him this information go to the Garda? If not , why not?”
He added:
“There are many legacy issues arising from the conflict. Sinn Féin accepts our responsibility to help bring about the resolution of these issues. That is not our responsibility alone. The governments and others must deal with the past also.”
He continued:
“How the various protagonists dealt with the issue of sexual abuse is clearly one of the legacy issues which needs to be resolved as part of the necessary business of dealing with the past.
“I have acknowledged that while IRA Volunteers were acting in good faith, the IRA was not equipped to deal with these difficult matters. But the clock cannot be turned back. Sinn Féin cannot change what happened in the past. But we can acknowledge failure. That is what I have done.”
Gerry Adams ended by insisting that Sinn Féin is not part of any conspiracy to protect child abusers or to cover up abuse.
“The difficult issues raised by Maíria Cahill must be addressed. But there are processes for doing this. They should be applied and respected.
“Let us be clear – this is not achievable by exploiting her story in a blatant effort to demonise Sinn Féin.”