Stand Up – Fight Back 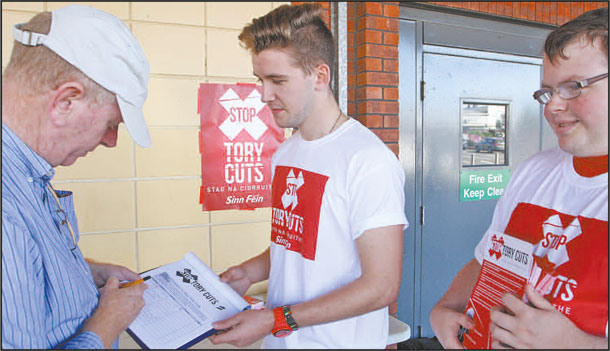 HUNDREDS of Sinn Féin activists took to the streets of cities, towns and villages across the North on Saturday 13 September as part of the Day of Action against Tory welfare cuts.

Those taking part handed out leaflets outlining Sinn Féin’s opposition to the Tory-led agenda and collected signatures for a petition against the cuts.

Thousands of names were added to the ‘Stop Tory Cuts’ petition as people queued up to add their support to the campaign.

Anti-welfare cuts billboards were erected at Free Derry Corner and at the former Andersonstown Barracks site in west Belfast. 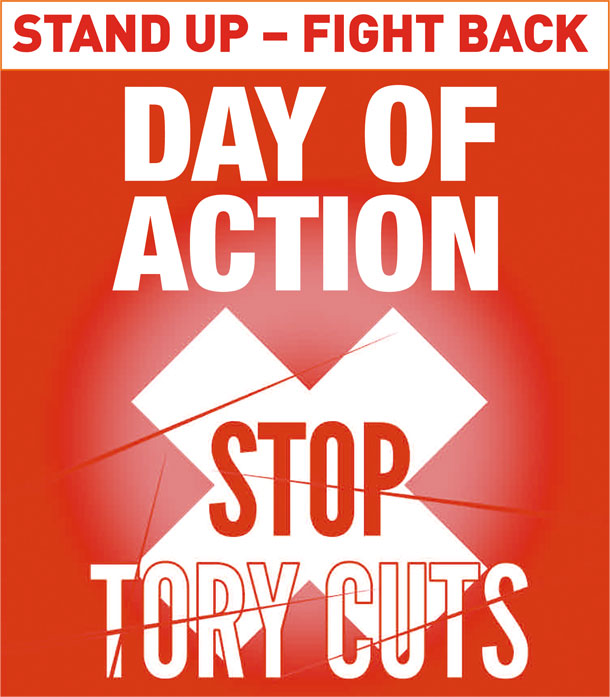 “Growing numbers of people are realising the devastating impact Tory welfare cuts would have on all communities.

“The cuts proposed by a Westminster Cabinet of Tory millionaires would punish the poor, the unemployed, those on low incomes and people with disabilities.

“We in Sinn Féin are totally opposed to this attack on the most vulnerable in our society.

“The day of action was the latest in a series of Sinn Féin initiatives to oppose Tory welfare cuts and it gave people the opportunity to send a clear message that these proposed cuts are totally unacceptable.”