Skirting around the issue 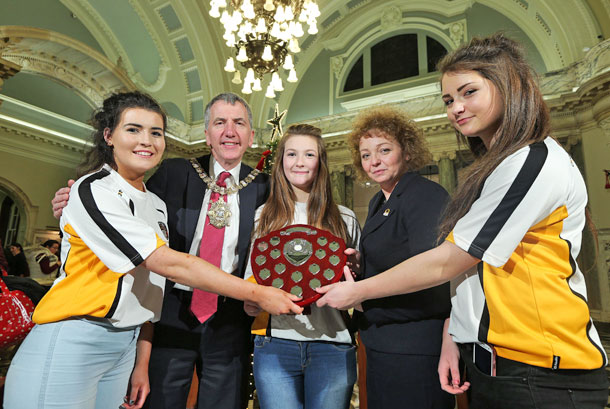 Some spectators will say it’s because they don’t like these (women’s) sports. Maybe that’s fair enough. But don’t sportswomen deserve our support every bit as much as men? Don’t they train as hard, commit as much, and play as well in their own code?

Narrow streets, saturated with people. Like an army of ants, edging one another forward. Hungry eyes searching the throng for a friendly face or a ticket to spare. Frantic phone-calls as time ticks away. One, unspoken sense of urgency, impelling forward a mass mobilisation of 83,000 Gaels: the chance to see the All-Ireland Finals in Croke Park. Now imagine teams running out onto the pitch – and that “the Finals” in question were camogie and women’s Gaelic football.

A scramble for seats at the ultimate events in the women’s Gaelic games calendar is difficult to envisage because none of us have ever witnessed such a thing. It’s tremendous that Croke Park is the venue for these finals. Just ask the players. It means as much to take the pitch at GAA ‘Headquarters’ for any female player as anyone in men’s sports. Why then is the stadium not packed to the rafters?

Some spectators will say it’s because they don’t like these (women’s) sports. Maybe that’s fair enough. But don’t sportswomen deserve our support every bit as much as men? Don’t they train as hard, commit as much, and play as well in their own code?

Last year, at the Camogie All-Stars, the “poor and often patronising coverage of the game” was strongly criticised by Chairperson of the Gaelic Players Association Donal Óg Cusack:

“Camogie needs to be appreciated for what it is and not constantly held up to the light of what men are doing.”

Former Irish international athlete Derval O’Rourke also hit out recently at the differential treatment of women in the media:

“I think it [gender imbalance] is way more obvious in a sport like rugby. This is the world we live in. We live in a world where women’s sports aren’t covered.”

Interestingly, O’Rourke’s own sport of athletics is one of few where competitions for women and men are held together. Athletics is a minority sport. However, in sponsorship and funding, prize money, and sequencing of events, men and women are valued equally. Tennis is roughly the same but there aren’t too many other sports with in-built equality. 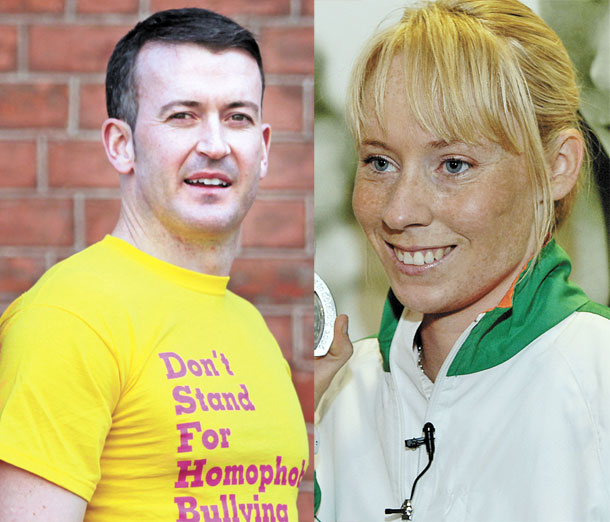 Imperceptibly, over the course of our lives, social norms and attitudes are shaped. Expectations are formed and behaviours shaped accordingly. For example, when was the last time you walked into a public place, a hotel, pub or sports club and asked for the TV to be switched over to the women’s sport?

It is even less likely that you would walk into the same venue and find that women’s sport was already on the big screen – unless that it happens to be beach volleyball. The same can be said of the print media.

There are some signs of change. Earlier this year, former Wimbledon champion Andy Murray appointed Amelie Mauresmo as his coach. During the summer, US basketball team San Antonio Spurs hired Becky Hammon as the first full-time paid coach in NBA history. In women’s Gaelic games, female referees have officiated at the All-Ireland Finals for the first time ever.

Sponsors are also starting to catch on.

Both hurling and camogie championships in 2014 were part of one sponsorship deal. The massive commercial package for Dublin GAA encompasses all codes, male and female. In the Ulster Championship this year, good judgement ensured that Armagh and Monaghan women played their Ulster Championship match in Clones, ahead of the men’s semi-final replay.

It’s not a matter of accommodating women in sport – we need to celebrate their success with the same vigour and esteem. That’s part of the reason why I’ve been mentoring girls Gaelic football in Antrim. Thankfully, the teams have seen success, winning three out of the last four Ulster Finals they’ve reached. But more heartening than that is the enthusiasm and character the players exude. Many of them are from the most economically disadvantaged parts of Belfast and they’ve represented their county with the same pride and distinction as any boys’ team.

Probably the most successful sporting team in Ireland is the Cork women’s Gaelic football team. They’ve now appeared in nine out of the last ten All-Ireland Finals. But many sport fans are more likely to know the names of all the players on a male English soccer team than any of the women’s champions from the Rebel County. And that’s where the change starts: in how we think and speak.

Yes, ‘the powers that be’ carry their responsibility for inequality in sport but that’s no excuse for the rest of us.