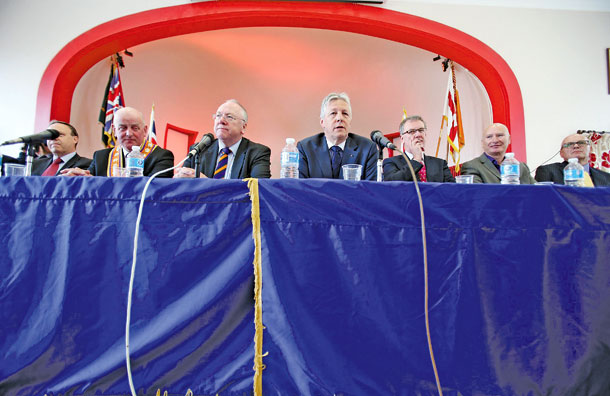 ‘The DUP and UUP may well have bought into the political institutions in terms of electoral influence, salaries and status but that does not extend to embracing a genuine willingness to share power with republicans’

THE INTRASIGENCE of political unionism has been emboldened by the British Government’s refusal to endorse the Haass package, Sinn Féin National Chairperson Declan Kearney told the 26th Desmond Greaves School in Dublin.

The current political deadlock, he said, has been compounded by the failure of both governments to implement core elements of the Good Friday Agreement itself and subsequent agreements made at Weston Park, St Andrew’s, and Hillsborough Castle.

The Irish Government has become “passive and detached”, he said.

“The consequence has been that the political process has remained constantly fragile throughout. In turn, the potential for developing authentic reconciliation has been undermined and held back.”

Declan Kearney said that the current situation stems back to the marching season of 2012, the subsequent street disturbances orchestrated by unionist paramilitaries from the UVF and UDA that summer and autumn, and then the refusal of Peter Robinson’s Democratic Unionist Party and Mike Nesbitt’s Ulster Unionist Party to respect the democratic decision of Belfast City Council to compromise on flying the Union flag. 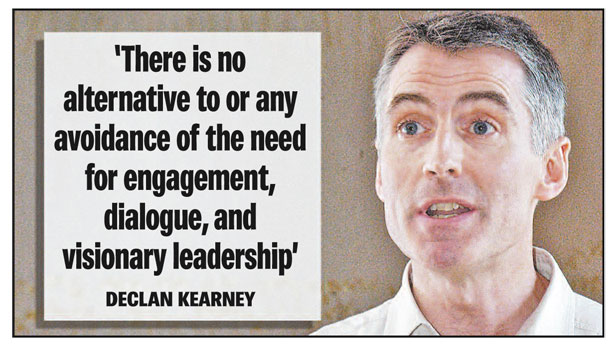 “That led directly to months of street violence, and attacks on the Alliance Party, Catholic homes, the PSNI, and threats against Sinn Féin members.

“Later, in August 2013, Peter Robinson reneged on the Programme for Government decision to develop the Maze/Long Kesh site. His announcement was made in a letter sent to DUP members from his summer holiday in Florida.  He made no contact with deputy First Minister Martin McGuinness.

“That approach has increasingly defined the nature of DUP participation in the political institutions, within the Executive, and OFM/dFM.

“A renewed toxic, sectarian incivility has infected the political atmosphere of the Assembly itself.

“The DUP and UUP may well have bought into the political institutions in terms of electoral influence, salaries and status but that does not extend to embracing a genuine willingness to share power with republicans, support for real partnership government, the development of North/South co-operation, mutual respect, parity of esteem, or reconciliation.”

The contemporary agenda of unionism has been set by what the Sinn Féin figure described as “Orange and unionist extremists”, including negative, anti-Agreement elements in the Traditional Unionist Voice party, the Orange Order, the UVF and UDA, and UKIP. 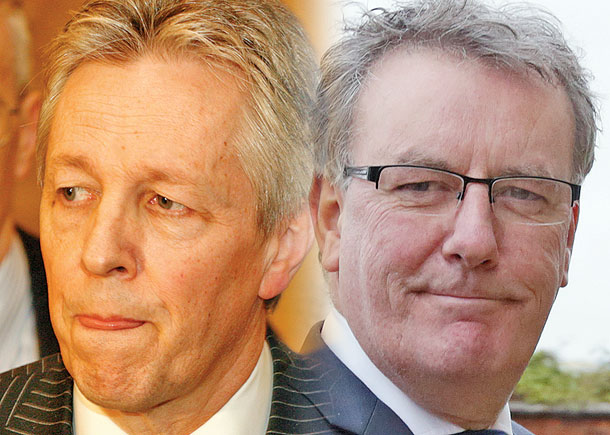 Political unionism has shifted to the Right, adopted a strategy of political blockage, and “acquiesced in the face of escalating sectarianism and growing racism across the Six Counties”, he added.

“All this has inevitably undermined the credibility of the Executive and Assembly, and fettered the potential of these institutions to work as delivery mechanisms for sufficient economic and social change.

“This anti-Agreement axis is against equality, democratic compromise, and management of continued change in Northern society. Its agenda is to turn back the clock.

“There is a right-wing retreat by political unionism into old Orange state ideology.”

The senior Sinn Féin activist said that if political unionism is unwilling to engage positively in new talks based upon acceptance of Good Friday Agreement principles, then the required momentum must be applied by the Irish and British governments to ensure that all outstanding commitments are finally implemented with political structures in place to entrench the gains of the peace and political processes to date.

“This much is clear,” Declan Kearney said. “New negotiations are now both essential and inevitable.

“But it is not for political unionism to set or dictate the terms or conditions and scope of a new talks process on the basis of what it wants.

“That will not be happening.

“Any approach to negotiations which starts in reverse, or seeks to narrow and reduce the talks agenda, or panders to threats and preconditions, will fail.

“There is no alternative to or any avoidance of the need for engagement, dialogue, and visionary leadership.

“That is the legacy of the Good Friday Agreement today and will be the key to creating an agreed, multicultural, united Ireland.”