No justice for Robert Hamill 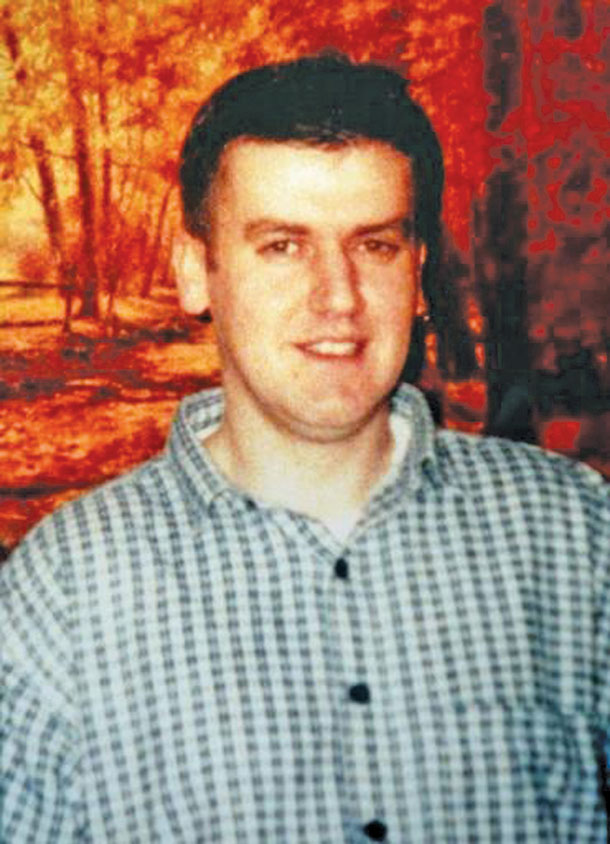 As this mob attack was taking place, not one of the armed RUC police in the Land Rover, which was parked in a position where the crew could see clearly what was happening, made any attempt to go to the aid of the four friends.

AS THE CASE against three people charged in connection with the sectarian killing of Portadown Catholic Robert Hamill in 1997 was thrown out of Craigavon Magistrates Court on 3 September it became clear that any chance that the Hamill family would get justice had gone with the judge’s decision.

Dismissing the charges against the three – retired RUC Reserve Constable Cecil Atkinson, one of the crew in an RUC vehicle present when Robert Hamill was attacked; his wife Eleanor; and Kenneth Hanvey – Judge Peter King said he wasn’t satisfied there was enough evidence to establish a firm case against the trio.

The killing of Robert Hamill was clouded in controversy from the moment the 25-year-old Catholic was attacked by a loyalist mob in Portadown town centre in the early hours of 27 April 1997.

When Robert Hamill was killed, Portadown and Drumcree were the buzzwords for Orange Order and loyalist bigotry as nationalists opposed their triumphalist parades through Garvaghy Road. 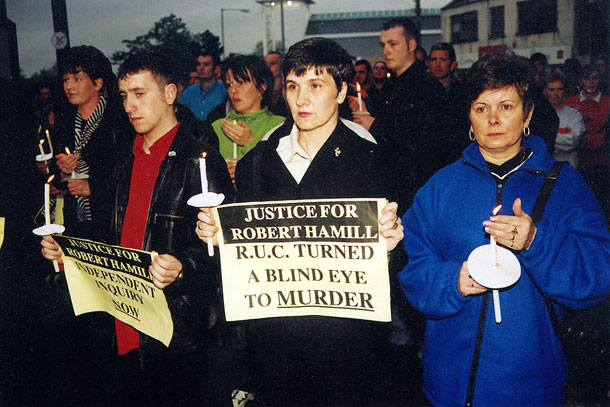 It was such a notorious case that it was one of a number of killings investigated by Canadian Judge Peter Cory as part of his inquiries into collusion.

Pushed by Sinn Féin at the 2001 Weston Park talks, the British Government accepted the need for public inquiries into the killings of Robert Hamill and lawyers Rosemary Nelson and Pat Finucane.

The killings of sectarian assassin and Loyalist Volunteer Force leader Billy Wright by the INLA in Long Kesh and those of senior RUC officers Harry Breen and Bob Buchanan by the IRA in south Armagh were also investigated by Judge Cory.

In the early hours of 27 April 1997, as Robert Hamill and three companions (Gregory Girvan, Hamill’s cousin; Gregory’s wife Joanne; and his sister Siobhán) made their way home after a night out they were set upon by a 30-strong loyalist mob at the top of Woodhouse Street in Portadown town centre.

The loyalists would have known the friends were Catholics as Woodhouse Street led directly to the nationalist Obins Street area.

The group had spotted some loyalists as they approached the junction but decided to go on as the RUC were present in a Land Rover.

In her witness statement to Judge Cory, Joanne Girvan described how, out of nowhere, 20 to 30 loyalists appeared and attacked her husband and Robert.

Another eyewitness who came on the scene within minutes heard the mob shouting “Kill the Fenian bastard!” as they kicked Robert, who at this point was on the ground.

The witness maintained that the assault lasted for at least ten minutes.

As this mob attack was taking place, not one of the armed RUC police in the Land Rover, which was parked in a position where the crew could see clearly what was happening, made any attempt to go to the aid of the four friends.

Eventually, when the RUC did intervene they (according to a “Mr H” in his statement to Cory) put one of the assailants in the back of the Land Rover but “within a short time . . . this man got out of the Land Rover” and went back onto the street.

Hamill, a 25-year-old father of two and whose partner was pregnant with their third child, was beaten unconscious. He was rushed to hospital where he died on 8 May without recovering consciousness.

It was the RUC’s later attempts to portray the incident as a fight involving two rival gangs in an effort to cover up their own inaction that exposed the RUC’s willingness to collude with loyalist killers.

In a statement released at 6am, just hours after the attack, the RUC Press Office talked of a “clash between rival factions”.

Later, on 30 April, the RUC claimed they were unable to contain the situation due to the large number of people involved in the situation and they themselves were attacked.

It wasn’t until 7 May, the day before Robert Hamill died, that the RUC finally acknowledged that Hamill and his companions were “set upon by a large crowd”.

It was the alleged conduct of RUC Reserve Constable Cecil Atkinson (referred to as “Reserve Constable B” in the Cory report and by RUC investigators) that goes to the heart of the collusion between Robert Hamill’s attackers and the RUC. 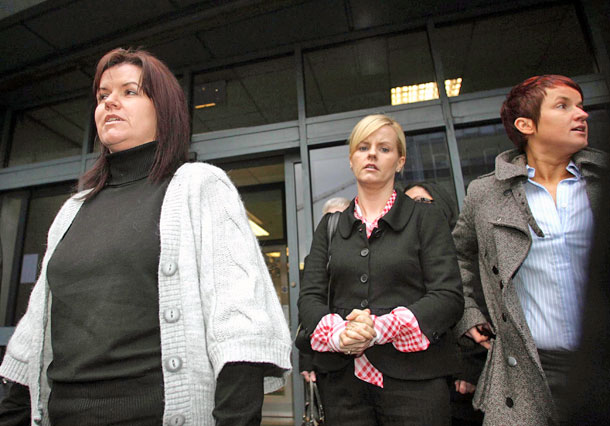 At the opening in January 2009 of the public inquiry into Hamill’s killing, lead counsel Ashley Underwood set out the case, saying;

“By 10 May, the RUC had the identities of a number of Protestants who were said to have murdered Mr Hamill.?

“Further, it had evidence that one of the reserve constables in the Land Rover, Mr Atkinson, had protected one of them by telling him to get rid of his clothing and by keeping him updated about the investigation.

Justice for nationalists in the North is again left wanting.